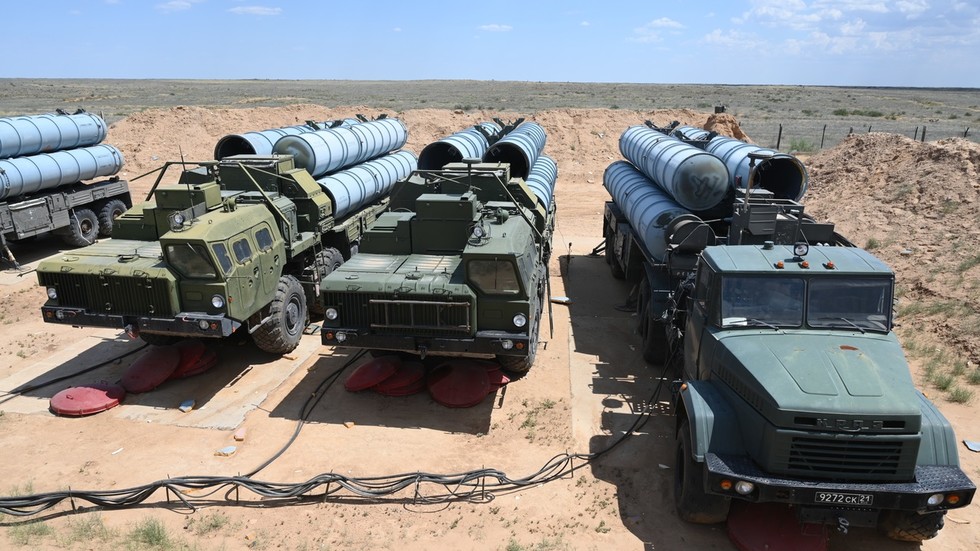 Iraq resumed talks with Moscow on the purchase of a S-300 missile defense system, the head of the Iraqi parliament’s defense and security committee, Muhammad Ridha told RIA.

He further emphasized that the contract on the purchase should’ve been concluded long ago.

“A few months ago, after attacks on the Shiite militia bases of Al-Hashd al-Shaabi in Baghdad and other provinces, the need for these weapons arose and the responsible party resumed negotiations on the S-300 contract,” Ridha said.

He didn’t specify what stage the negotiations were at, but he said that the Iraqi leadership had authorized it.

“We expect US opposition in this matter,” Ridha added.

He noted that earlier negotiations were suspended due to the position of Washington, which threatened sanctions against states that purchase Russian systems and weapons.

According to Ridha, there are already some Russian systems in Iraq’s air defense, but the country wants to acquire modern systems. In his opinion, the share of Russian weapons should exceed 50%, since it they are much cheaper than American-made ones.

In August there was a series of airstrikes on the bases of the militia Al-Hashd al-Shaabi. Reportedly, the attacks were carried out via Israeli drones.

There were no official confirmations or claims from militia leaders or other Iraqi officials, nor did Israel confirm any of the information. According to the version released immediately after the explosion, the cause of the tragedy was a violation of ammunition storage instructions.

Al-Hashd al-Shaabi was created in the summer of 2014, after ISIS militants captured the Iraqi city of Mosul. The militia claimed that it consisted of more than one hundred thousand people. Separate units participated in battles in Syria on the side of the Damascus’ government forces.

This is another example of Iraq’s distancing from the US, which is completely expected, following Washington’s recent actions in the country. After all, the US struck the positions of Kata’Ib Hezbollah, which is a part of the Popular Mobilization Units and a part of the Iraqi military. It further assassinated Iranian General Qassem Soleimani on Iraqi soil.

Even prior to this calls for the US forces deployed in the country to leave have been rather common, as such it is no surprise that any threats of sanctions by Washington are simply disregarded.

In addition, Turkey purchased Russian S-400 missile defense systems, tested them successfully and plans to use them, all despite the United States’ continues attempts at pressure. It is fully expect for Iraq, and other countries to begin freely purchasing the cheaper (and often arguably superior) equipment that Russia sells, since the US hegemony appears to be waning.

Impossible. Oil revenues can’t go anywhere other than the US. Soon you’ll see Iraq will be new Syria. Ruling elite of the US will arrange it with or without Trump.

bob
Reply to  Assad must stay

No he’s right,and it’ll be iran meddling in Iraqi affairs that will facilitate such a disaster

Just drop the I and v Ivanus, and what ya got?

This is the 21st century, we really don’t need lessons from a ” revolutionary ” religious dictatorship,this is the stuff of delinquents from the 19th century

it isn’t the answer to their problems or a model which frankly has any success of being exported to other parts of the region,the Iranians need to grow up,open up and stop their religious intolerance,the mullahs are a brittle and antiquated clapped out failure,they need to step aside and let some younger more positive,frankly more intelligent people to have a go at government

Finally this absolutely isn’t any form of progressive ” model” of multi polarity, its just big powerful countries, like China and Russia creating the same closed off and intolerant dynamic of the cold war,ie ‘ us and them’ stupid zones of influence for their own rather narrow objectives

well ‘ they’ the Soviets and communists failed miserably last time, so i can’t see how the Islamic equivalent is gonna do much better this time!

Assad must stay
Reply to  bob

All foreign forces should leave Iraq and allow it to be rebuilt in peace. But apparently Iran and the US won’t.

Cute propaganda 1- US and NATO occupuation forces are in huge numbers Iraq. 2- Iran has no troops in Iraq. You are right, Foreign forces should leave Iraq!

The US continually witters on about the benefits of competition and price discovery in trade, when in reality the US desires to have a global trade monopoly with all the pricing power that that entails.

The US then uses its military and financial weapons of war to enforce its monopolies around the globe.

In simple terms, the US government is in effect a Zionist Protection Racket. Its as simple as that.

Russia really should stop selling this stuff to people who seem incapable of using it properly, you know shooting down civilian aircraft doesn’t count!

s300 is so bad that everybody wants one, haha

You know it takes either real genius,utter desperation or total stupidity to sell state of the art, (so called,wink wink) weapons systems to your enemy!

You know Russia sells its stuff to Turkey, a NATO member,what a fantastic opportunity for NATO to find out just about everything about how this system works,of course Erdogan is absolutely trust worthy and nobody in the country would dare to sell the Americans or its allies how this system works would they???….would they?

No wonder this system is useless at shooting down Israeli jets, they already know how it works,Hahahahahaha

so useless israeli jets wont dare fly near syria, just fly around edged lobbing gliding bombs from distance, not bad if you ask me,

I don’t understand you, according to all the hype these Russian weapons should be able to close down all the airspace,obviously they can’t

Thats just a dumb move by Russia in my opinion

yeah, your opinion is noted, you should write a letter explaining your concerns to putin

Oh Putin doesn’t care,as hell make a load of money for his cronies

Yes give to them asap

Putin sincerely wants Saudi Arabia,USA and all NATO puppets to have S400 and S500.He knows of cause NATO is tempering to know the tech involved.