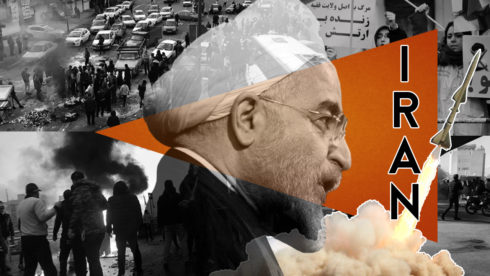 It might take a few years for Iran to visibly benefit from its new status, but one geopolitical consequence will be Arab Gulf getting closer to China.

On September 17 at the Shanghai Cooperation Organization’s (SCO) summit in Dushanbe, Tajikistan, the Islamic Republic of Iran was admitted into the organization as a permanent member – it was previously an observer there. It might take a while to fully complete the process, though – procedures and timeline are still unclear. So, what does it mean for Iran, and for the world?

The SCO, also known as the Shanghai Pact, is an Eurasian economic, political, and security alliance, comprising China, Russia, Kazakhstan, Kyrgyzstan, Uzbekistan, Tajikistan, and also India as well as Pakistan – and now Iran. Turkey has been a dialogue partner since 2012, as well as a number of other states.

The SCO is the successor to the Shanghai Five, which was a mutual security agreement, formed in 1996, with a focus back then on solving territorial disputes that arose after the fall of the Soviet Union. In 2001, the leaders of these five nations plus Uzbekistan met in Shanghai and announced the new organization, aiming at deeper Eurasian economic and political cooperation – the SCO’s Charter was signed in 2002, entering into force in 2003. India and Pakistan joined in 2017. 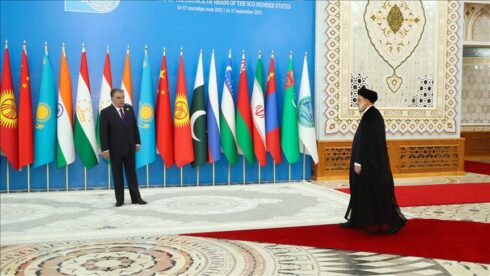 It has a strong focus on security cooperation regarding the so-called “three evils” of terrorism, separatism, and extremism. SCO members also cooperate on security issues pertaining to drug trafficking and crime. Joint military exercises are regularly conducted.

Iran had been interested in joining the SCO since at least 2000, having applied first in 2005, to no avail. At the time, Beijing particularly was unsure due to the intense international pressure on Tehran’s nuclear program. Since then, Iran’s relations with both China and Russia have evolved. Beijing and Tehran signed a long-term economic cooperation deal in March – within the framework of the Belt and Road Initiative. This in itself was a kind of blow to Washington’s efforts to isolate the Islamic Republic. As for Russia, it aligns with Iran on a number of issues such as supporting the Syrian government in its struggle against rebels. Moreover, both Beijing and Moscow are part of the Iran nuclear deal.

So, this new development happens at an interesting timing, with the US troops out of Afghanistan. Most of the countries bordering this country are (full or observing) members of the SCO, and such the organization can thus help coordinate efforts towards stabilizing Afghanistan.

As for the more concrete and immediate implications, what does Iran gain from the SCO? Well, it might take a few years before it can benefit from its new status. Its international trade in fact cannot be boosted without the lifting of sanctions or without a nuclear agreement.

For one thing, full membership, though, gives Tehran a kind of international acceptance that is badly needed. Moscow and Beijing lead the organization, which may provide Iran, as a SCO member, with greater support in its diplomatic struggle with the US.

New developments regarding the SCO must be seen in the light of greater Chinese-Russian projects and aspirations, such as Vladimir Putin’s Greater Eurasian Partnership Concept. On June, for example, Russian Foreign Minister Sergey Lavrov emphasized the possibility of linking the Eurasian Economic Union (EAEU) with China’s Belt and Road initiative, thus forming a new “geostrategic blueprint” for peace, and stability on the Eurasian continent, “from Lisbon to Jakarta” – according to Lavrov, such would be open to members of the SCO, the EAEU, ASEAN, and, in the future, even the European Union.

Such is a monumental long-term geopolitical task, of course, especially with regards to cooperation with the EU – which clearly does not seem to be a concrete possibility in the foreseeable future, although some see Nord Stream as a potential start. The ASEAN is another challenge, due to the strong QUAD presence and influence, even pertaining to the new geopolitical construct of the “Indo-Pacific”. In today’s war of concepts, views and models are proposed and constructed through diplomatic talk and documents and these new concepts can also change and shape reality. Regarding Eurasia, what matters the most, for the moment, is a shared Eurasian view that is precisely being proposed and constructed. 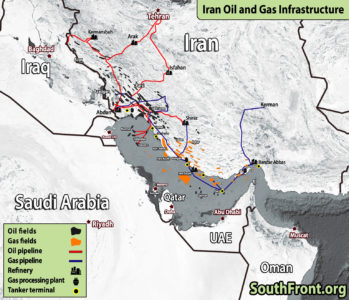 And, with the world’s fourth-largest oil reserves and second-largest natural gas reserves, Iran has an important role within this model. With its new port at Chabahar, as well as rail links going all the way into Central Asia, Iran could in fact become a hub for the International North–South Transit Corridor (INSTC). Moreover, its strategic location (at the heart of the Eurasian southern rim) could provide a key link for a contiguous European-Chinese rail link. Besides all the obvious potential gains for all parties, all such possibilities carry their own complications and the potential to affect Chinese-Russian strategic balance, for a number of reasons.

Iran’s full acceptance into the SCO also brings its own challenges, from a Chinese perspective: after announcing that Iran would join, Chinese President Xi Jinping also announced Egypt, Qatar, and Saudi Arabia should become dialogue partners. This signals that Beijing is concerned about balancing its relations with Iran, on the one hand, and with the Gulf Cooperation Council countries, on the other hand. In fact, one could argue China’s interests and relations with the latter go even deeper. Admitting these three countries however will also bring further challenges to all parties, for each one of them has its own security relations with the US, and one can assume such relations will be tested by participating in a Moscow/Beijing-led security-focused organization.

However, conflicting agendas apart, all of these countries, including Iran, share an immediate and long-term concern over Afghanistan and Central Asian stability – and the SCO provides just the perfect forum for coordinating policies. So, in the complex geopolitical scheme of things, the US departure from Afghanistan might result with Arab Gulf getting closer to China.

Excellent news that we have known for some time. Iranian involvement in the SCO will certainly strengthen the organizations resolve in combating terrorism, drug and human trafficking.

Idiot perverts from rome look on in wonder. Where did we fk up? When you existence began.

Well the BRI is stalled for now and this SCO is just for optics more than anything else. It’s not a NATO.

You’re absolutely correct, it’s not a NATO, it’s not the laughing stock of the world…..running crying from Afghanisan. The BRI is moving along at good speed, hence the Western panic to foolishly attempt to contain China. The SCO, if only for optics, contains the two most powerful countries in the world.

Could you enlighten me as to which BRI project completed thus far has generated income, let alone a profit? Could you?