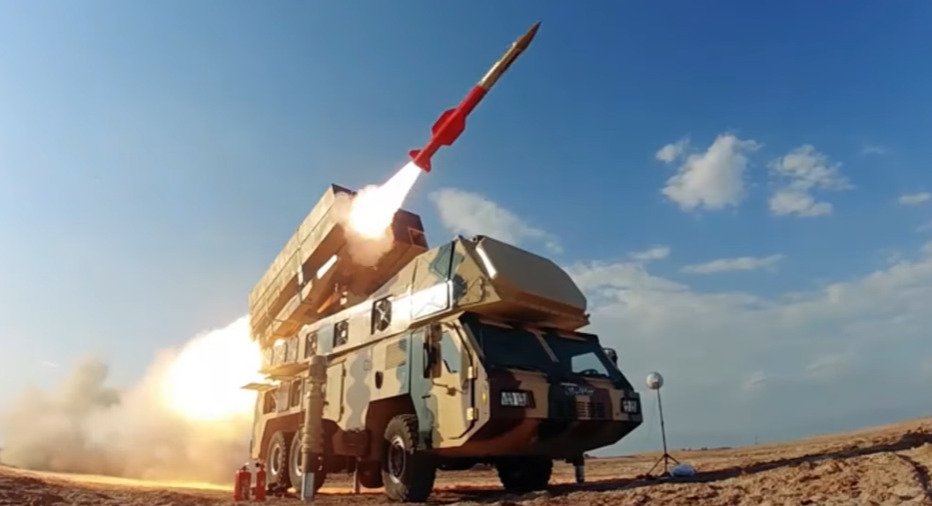 On May 21, the Iranian Islamic Revolutionary Guard Corps (IRGC) unveiled a new combat drone, air-defense system and a radar.

The weapon systems were presented during a ceremony that was attended by IRGC Commander-in-Chief Major General Hossein Salami and the commander of the guards’ Aerospace Force Major General Amir Ali Hajizadeh.

The new drone, named in honor of the Israeli-besieged Palestinian enclave, is a large combat and reconnaissance platform with a design similar to that of Shahed-129.

Gaza can carry up to 13 mentions to more than 2,000 km on combat missions, as well as 500 kg of various reconnaissance and signal equipment. The drone can stay in the air for up to 35 hours.

According to Gen. Salami, the system can destroy aerial targets in a range of 20 km and an altitude of 10 km at any speed.

Gen. Salami said that the VHF radar is agile, fast and enjoys high operational capabilities, without providing any additional details.

Experts noted that the Quds appears to be a copy of the Belarusian Vostok-3D VHF-and S-band radar, which has an operational range of up to 360 km.

At the end of the ceremony, Gen. Salami said that Iran is working to develop its defense systems as much as it can. He also noted that Tehran had acquired long-distance warfare capabilities.

“Our strategy and operational policy is to develop the defense territory at wide depths and at high altitudes,” Mehr News quoted the IRGC commander as saying.

The IRGC announcement coincided with the end of a large-scale Israeli military operation against Palestinian factions in the Gaza Strip. Tehran is likely trying to send a message to Tel Aviv.

Iran should just build a base in the Gaza strip and arm it to the teeth and give Palestinians good buildings with strong bunkers and an education and jobs.

When that day comes, Israel will shit its pants and wished it never shot a bullet at Palestinians.

May I say this is just a PR move by Iran – come on we all know that. But we never see Iran’s (IRGC’s) secret drones and missiles, etc. – which is what I want to see.

Israel is an Apartheid State
Reply to  0.005% "Jewish" doesn't make you a Jew but a Zion

When the time is right, you will see them above the skies of Tel Aviv.

0.005% "Jewish" doesn't make you a Jew but a Zion
Reply to  Israel is an Apartheid State

As if I live in there buddy and if you have nothing to add or anything interesting to say please stfu and stfd thx.

China is already infected. Now its just a matter of time.

Gaza? I like it. Perfect for slaughtering IDF fags and cowards

There is no question that Iran is now technologically, militarily and even economically the primary power in the region and its capabilities will only grow as it is an immensely rich and resourceful nation. The Zionists are in death throes as their pathetic military failure in Gaza amply demonstrated. The Axis of Resistance will only broaden its appeal in the region.

Don’t F*ck with Iran…you Choose!!!! This is what Iran can do with just small paramilitary groups, Hezbollah, Houthis, Ka’taib Hezbollah and now Hamas. Now, just imagine what the IRGC will do to the Israeli cuck-ass cowards????

Hesbollah is lke most smaller group like moskitos. They do harm but they makes no changes.

where is Farbat, he is our Iranian expert maybe he can tell us more he seemed intelligent.

The Ayatollahs do their best to delay their agriculture reforms.

Soon their supporters, which of course is all even the ones kiled soon after, has to wash themself in the potatofields, so no water will get wasted.

They also has scientists trying to learn to wash each other with sand as some birds and elephants do.

Bucharian dromedars having more then one top is strictly forbidden too unless they are pregnant. Hard times for the male dromedars.

Copy-cat of a Buk-M2E