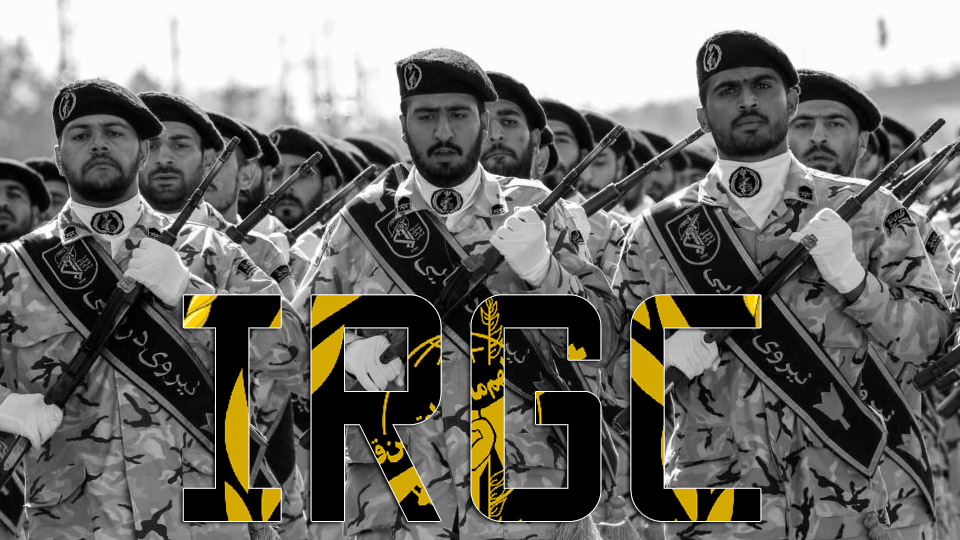 The new missile was showcased for the first time during a ceremony attended by Chief of Staff of Armed Forces Major General Mohammad Bagheri, Commander of the IRGC’s Aerospace Division Brigadier General Amir-Ali Hajizadeh and a number of other high-ranking military officials and commanders.

The ceremony, which coincided with celebrations in Iran commemorating the 1979 Islamic Revolution, was held at an unidentified IRGC underground missile base.

Khaybar Shekan has a range of 1,450 kilometers and is reportedly among third-generation long-range missiles locally developed and manufactured by military experts at the IRGC’s Aerospace Division.

The advanced design of the new missile, which uses solid fuel, reduced its weight by one-third compared to similar types, and its preparation and firing time by one-sixth. Furthermore, the missile enjoys considerable agility and high velocity when impacting its targets.

Iran has been working nonstop to develop its missile capabilities in order to cope with threats from the US and its allies in the Middle East, first and foremost Israel. Tehran’s large missile program saw a number of breakthroughs in the last few years.

Iron Zion this one is for you and your family :)

Please, send them to Yemen . Huthis are experts how to use it very effective against Muslims traitors (Saudi, UAE)

time for iran to show some nuke subs as NK already has them.

I think Iran has in my opinion, or at least ICBM that can reach USA. Iran has successfully launched rockets into space independently and has allies like NK who are close enough to give them the blueprints or helping hand in making a nuke.Iran engineers are no doubt one of the best, they’ve had a nuclear program for the longest time, there’s no way they’ve been stuck this long. I think that’s the reason NATO/Israel hasn’t invaded Iran. the nuclear deal is to give the idiots who fall for this shit some hope that USA and Israel have successfully slowed Iran progress by assassinating their scientist and causing explosion at their plants.

I don’t know just my thoughts

Yeah but Iran is not invaded because Europeans are not really interested in that and after all countries like Turkey, Pakistan, Iraq or Afghanistan will support Iran in such scenario and Russia and China will try to make American life too difficult. Even Azerbaijan has said that our country won’t be used for attack against Iran.

Azerbaijan has started housing the IDF, so they probably changed their minds. Turkey will most likely stay neutral since its reliance to NATO in drones and other stuff. Pakistan is usually the quiet one, the most they’ll do is support Iran politically nothing more.

Azerbaijan is small county. The other bigger countries will be with Iran except for Saudis.

Do You want to make me die laughing.

No, we will die laughing because you are such illiterate erik degenerik.

I prefer to concentrate on who has already nuked the USA than partake in the double decade speculation on the arrival of the always imminent Iranian nuke. You might wish to ask Bibi what happened to the stolen W54 pits reworked & shipped via Epstein arilines.

Going back in time is no revolution unless You make an important museum.

Go and took some serious lessons of English language. Entire World speask it to some understandable degree, and you are from western Europe while sounds like degenerate.

Curious about the warhead. Sure hope Iran has some good landscape engineers to compartmentalize those underground bunkers. I’m not one but you probably need a way to direct the blast outside. Doesn’t necessarily have to be an open shaft, could be filled in with soft material to make it hard to infiltrate but give a big explosion somewhere to go. Something to ensure that a tragedy does not become a catastrophe. I’m not an engineer, just watch a lot of TV, ‘Guns of Navarone’ :-) Just empower some of your smart people to do the right thing.