Iran’s Islamic Revolutionary Guard Corps (IRGC) navy commander on Monday criticized the presence of US Navy warships patrolling the Persian Gulf and said the IRGC is preparing to upgrade its speedboats with stealth technologies and new missile launchers as tensions increase between Tehran and Washington near the Strait of Hormuz. 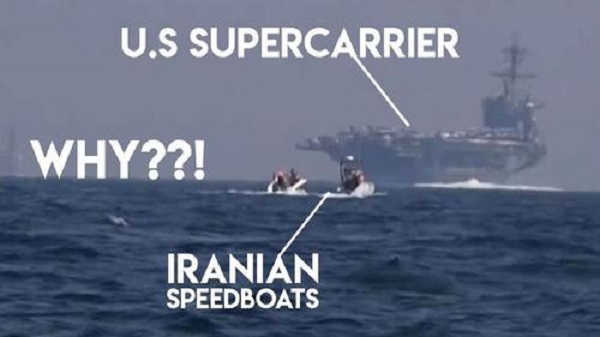 “The IRGC’s navy attaches great importance to high speed and maneuverability of its boats in the missions,” Alireza Tangsiri, the top IRGC Navy Commander, was quoted as saying by Press TV.

“We are planning to equip the IRGC’s speedboats with radar-evading stealth technology while increasing their speed in order to conduct their missions,” he said, adding that “new missiles moving at very high speed are being installed on the IRGC’s naval vessels.”

According to the Xinhua News Agency, the IRGC has some of the fastest speedboats in the world. Tangsiri said, “we are working on speedboats with the speed of 80 knots (148.16 km) (per hour) and beyond that.” 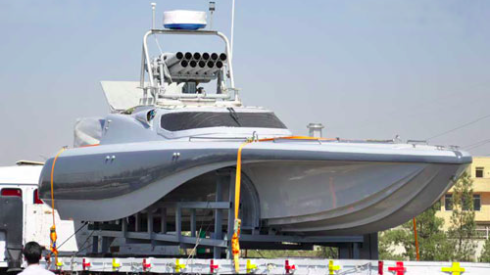 The IRGC commander pointed out that the arrival (Dec. 21) of the USS John C. Stennis, a nuclear-powered supercarrier, through the Strait of Hormuz of the Persian Gulf, was met with IRGC vessels shadowing the strike group.

Tangsiri said, “we are constantly monitoring them [US Navy] and have full command on these foreign forces” as they move through the Gulf.  “The presence of foreign forces in the region disturbs security, noting that regional countries are capable of guaranteeing their security through staging joint military maneuvers and boosting cooperation,” he added.

On Sunday, Chairman of the Chiefs of Staff of the Iranian Armed Forces Mohammad Baqeri said that the US is inciting new fears in the Gulf through its presence in the region.

“The Americans have always sowed insecurity wherever they had a presence,” Baqeri told reporters.

He stressed that the Gulf countries are capable of ensuring security on their own and the US presence in the region is creating more uncertainties. 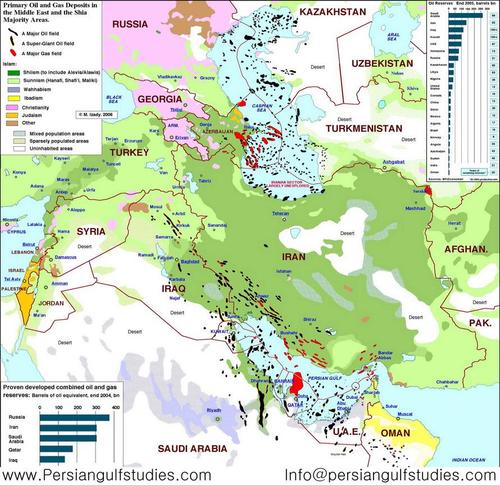 Earlier in the weekend, Iran’s Foreign Minister Mohammad Javad Zarif said that US warships in the Gulf are “illegal.”

“Increased presence of Americans in the Gulf has always posed threats to the regional states,” he said.

The aircraft carrier arrived in the Gulf after Washington re-imposed sanctions on Iran’s oil exports in November and pulled out of the 2015 Iranian nuclear deal earlier in the year.

To make matters worse, the IRGC recently held a significant war drill in the Gulf, launching an “offensive” maneuvers against enemy forces for the first time.

During that drills, Deputy Chief of Iran’s Army for Coordination Habibollah Sayyari said that Iran would never allow US warships to sail near its territorial waters.

Besides, “they cannot take any measure against us, because we are so prepared and have enough capabilities to stand up to such a publicity stunt,” Sayyari said.

The Strait of Hormuz is the leading maritime route through which Persian Gulf exporters— Bahrain, Iran, Iraq, Kuwait, Qatar, Saudi Arabia, and the United Arab Emirates—ship their oil to international markets. The strait is roughly 21 miles across at its narrowest point, bordered by Iran and Oman. 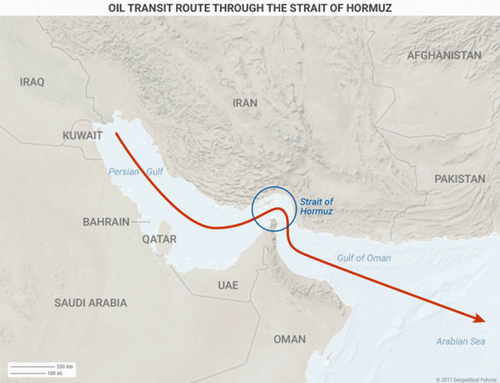 The Energy Information Administration estimates that roughly 17 million barrels of oil per day, 35% of global oil exports, flows through the strait.

While crude has crashed more than 38% from the early October highs of 75, the probability of a geopolitical event in the Gulf has been elevated with not just the US Navy sailing warships through, but the idea that Iran is upgrading its speedboats with the intentions of starting a conflict with the US.

Perhaps, the new instabilities in the Gulf and around the Strait of Hormuz are all that is needed to have oil traders worry about the global oil choke point, and possibly lead to a bottoming in oil prices.

trust that iran has a few under-water chambers in the hormuz straight from where they can fire a great number of torpedoes at the passing warships of the moronic states and that such chambers are impenetrable.