Iran has again rejected the prospect of new negotiations with the White House “under any circumstances,” according to an interview with Supreme Leader Ayotallah Ali Khamenei’s Military Adviser Hossein Dehghan, cited in Al Jazeera.

The Islamic Republic’s top military adviser further warned Iran and its regional allies will target all American bases in the region should the US launch war plans, while reiterating Iran’s ability to block the vital Strait of Hormuz to global oil transit. Everyone must be able to freely transit the Persian Gulf waterway or no one at all, Dehghan warned. 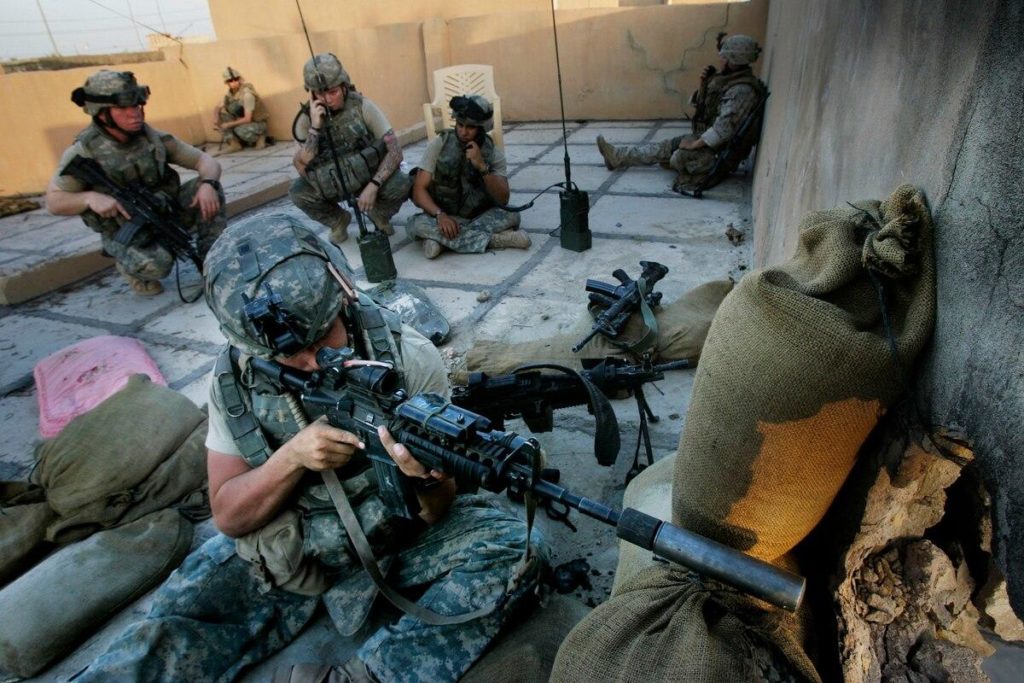 File photo of US troops in Iraq, via the AP

Yesterday, Iranian vice-president, Eshaq Jahangiri, said that Iran rejects UK-led attempts to establish a “joint European task force” to monitor and patrol the Persian Gulf in order to protect international shipping, countering that it would only bring “insecurity”.

“There is no need to form a coalition because these kinds of coalitions and the presence of foreigners in the region by itself creates insecurity,” he said. And added, “And other than increasing insecurity it will not achieve anything else.” France, Italy, the Netherlands and Denmark indicated Tuesday they would support a European-led naval mission to ensure international vessels’ safe passage in the gulf.

Iran’s Deputy Foreign Minister further informed France directly while in Paris meeting with top French officials including the president, that Iran’s own military forces will “secure” the Strait of Hormuz and will “not allow disturbance in shipping in this sensitive area,” Reuters reported earlier.

Meanwhile, threats and counter threats have continued to fly between London and Tehran, with each demanding the release of their tanker while accusing the other of “piracy”. Early this month the Royal Navy seized the Grace 1, carrying 2 million barrels of oil, off Gibraltar; and in turn Iran last Friday captured the British-flagged Stena Impero in the Strait of Hormuz.

On Wednesday Iran’s Hassan Rouhani appeared to offer a new deal that could break the stalemate, suggesting that should the UK release the Grace 1, Iran would reciprocate by releasing the Stena Impero.

“If Britain steps away from the wrong actions in Gibraltar, they will receive an appropriate response from Iran,” Rouhani said Wednesday addressing a weekly cabinet meeting. The words came the same day Britain reportedly sent a mediator to Iran seeking the release of the Stena Impero.

Everyone talks too much, talk is cheap, wake me up when the shit hits the fan otherwise yawn.

Some leaders are soooo stupid. Canada is in a bind with China because they arrested the daughter of Huawei founder, although they had no issues with Huawei, now Britain is in a bind because they seized a ship that had no business with them. That’s what happens when you are tools of convenience and puppets.

Canada is about as independent from the US as East Germany was from the USSR.

If you wanna shoot, shoot. Don’t talk. Iran can forget everything about a deal………………..LOL.

Why should Iran bow to the UK’s demands when it was the UK that started this shit fight. Nope i totally disagree with you. This is just a continuation of the demonization of iran and others by the western powers and their Ionist puppet masters. Nothing more nothing less.

Do not mess with Iran, western countries, or you will end up miserable and defeated

I agree, and as a Dane i can say that Denmark, in many ways, already is miserable and defeated.