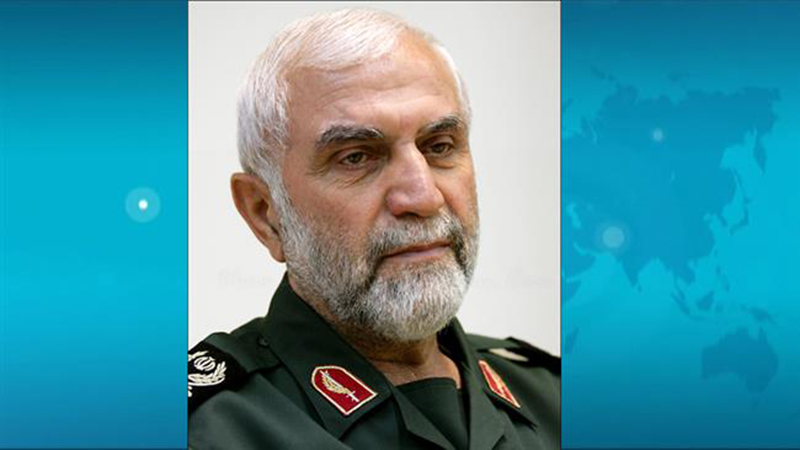 General Hoseyn Fadai (pseudonym Zulfiqar) of the Islamic Revolution Guards Corps (IRGC) was killed during a battle in Syria against the Islamic State (IS) terrorists. As a military advisor, he commanded the Fatamion brigade. It is not the first time a senior Iranian officer was killed in Syria. According to media reports, Tehran decided to recall the IRGC after several of its senior commanders became casualties. To what extent are these reports true?

Indeed, Iranian losses over the course of their participation in the Syrian civil war since 2013 have been severe. On average, Iranian forces have lost ten troops lost a month up to October of this year. However, once the fighting intensified the casualty rate tripled. In October and November 67 Iranian troops were killed, including 10 generals and several other senior officials. That is a lot even for a large-scale high-intensity conflict.

What is the reason for this state of affairs?

Iran’s elite IRGC special operations troops are not particularly suitable to fight a combined arms battle using artillery and aircraft. That is not their role. Hence the casualties.

Moreover, senior IRGC officers have been operating as advisors to heavily engaged Syrian units. These advisors not only participate in reconnaissance but directly participate in the fighting. One can’t rule out the possibility the terrorists are deliberately hunting the Iranian advisors.

Other reasons for the heavy Iranian losses in Syria mentioned by Russian experts (some of which are humorous and downright fantastic) are as follows:

–Iranian army as a whole is not very combat-ready. Their level of training is lower than that of the Hezbollah.
–The reliance on manpower superiority, as during the Iran-Iraq war in which the Iranians buried their opposition with corpses.
–Poor troop command procedures.
–Religious factor, tendency to become martyrs.
–Iranian generals, unlike the generals of other armies, can’t sit still behind the front lines but rather have to be part of the action.
–Iranian generals are behaving on the battlefield in a showy manner, competing with one another to display individual heroism.
–The IRGC has a lot of generals, hence so many of them die.

In recent months, some 7 thousand Iranians fought on Assad’s side. Now their number has decreased to 700. The experts explain that decision as motivated by the number of casualties. However, it would seem it’s not that simple. No doubt, the heavy losses have worried the Iranian leaders. But that doesn’t appear to be the main reason for the withdrawal of troops which so far has not been officially confirmed. There may be far deeper reasons. Iran is finding it difficult to fight a large-scale war in Syria because it does not share a border with that country. There are issues of troop rotation, equipment and ammunition supply and maintenance. There is a need for a continuous Iran-Syria air bridge. These are complex operations demanding a high level of professionalism and considerable expenditure of resources.

On the other hand, when considering the Iranian military participation in the war from the political point of view, the withdrawal or tenfold reduction of their number runs counter to Tehran’s interests in that region. Iran’s withdrawal from Syria (so far a military one, but which in the long term could lead to the fall of Assad and Iran’s loss of political influence in taht country) would undermine its ability to influence events in the Middle East, especially concerning Lebanon, Hezbollah, and the Israeli-Palestinian conflict.

Therefore it’s highly debatable whether Iran will leave. Perhaps we are seeing a regrouping or a redeployment, the withdrawal of failed Iranian volunteer units or the replacement of IRGC special operations units by regular combat units of the Corps. One thing’s clear: Iran’s military withdrawal from Syria is highly unlikely.

Of course, one can’t rule out the possibility that the apparent reduction of Iranian participation in the Syria war is genuinely taking place (though possibly in the media sphere) and is the result of an internal political struggle within Iran. It’s no secret that there is a serious struggle among various factions in Iran. Broadly speaking, between liberal reformers who are ambivalent about increasing Iran’s military presence in Syria, and the radical conservatives who want to tighten the screws internally and externally. The liberals believe that the Syria war is too costly. Moreover, they realize that successful (or reported as successful) operations in Syria will increase the influence of the power block in Iran, particularly of the IRGC.

This will naturally influence the balance of power inside Iran, and not to the liberals’ benefit. After all, most of the IRGC belong to the radical wing of the Iranian establishment or at least support it. In February 2016 Iran will hold the Majlis elections which also contributes to heating up Iran’s internal politics.

To sum up, one can only say one thing with certainty: the situation in and around Syria is so confused, uncertain, and unpredictable, that making predictions concerning it (including Iran’s role in the conflict) is a thankless task. One must simply wait.