Iran’s Islamic Revolutionary Guard Corps (IRGC) plans to set up a permanent naval base in the Indian Ocean by the end of March 2021, the IRGC Navy said on June 22.

“The IRGC is looking to establish a permanent base in the Indian Ocean by the end of the current Iranian year,” Admiral Alireza Tangsiri said, according to the Mehr news agency.

“Through its powerful presence in the Sea of Oman and the Indian Ocean, the IRGC will no longer leave any room for such acts of infringement,” he noted.

Admiral Tangsiri said that the move would be in line with the guidelines provided by Iran’s leader and commander-in-chief Ayatollah Khamenei.

Are there any islets left for that?

Are they friendly enough with the UAE to share a base on Socotra otherwise may need to ask China how to build one.

Plenty in the Indian Ocean from Andaman to Mauritius.

Another nail in the coffin of Empire, things are developing rather fast these years, aren’t they?

The Objective
Reply to  ZP

I hope so. But the empire still wields a highly deadly force. I have a strong conviction that Iran can push America out of the middle East, but it is highly doubtful the regime will survive the inevitable American onslaught

the blessed nation of Iran will always be victorious, they have God as their mightiest defender

It does not appear like Iran is confident in Allah’s help. Only the Taliban’s actions show they are confident of Allah’s help, and that’s because they are on the right creed. Those who curse the companions of the prophet should not expect Allah’s help. Allah only helps the rightly guided ummah against an enemy. The problem is, the Shiites are misguided. Should there be a war between Iran and America, U have no doubt the Iranian regime will collapse even if it manages to expell America in the region.
Shiites have always lost in the end. Check history.

In ur dreams kid, Iran will be around for eternity

We shall soon find out.
What’s happening today in the middles East is quite clear to the keen Muslim observer: God has lined up the enemies of Islam to destroy one another. Note the Shiism is not Islam and will perish. So will the Iranian regime.
The U.S already killed one of your heroes. And what did you do? Lauch a couple of missiles in a face-saving attack that caused only material damage. Despite such a deadly blow, your leaders still want the survival of JCPOA. Why? Cos they are cowards with no confidence in Allah’s help. And that help isn’t coming to a misguided people.
All it takes to end the regime in Tehran is a war with Israel or the U.S. my one fear for Iran is that it might get nuked by Israel. And Shiism would be blamed in history for bringing such calamity upon the Persians.
Look how the enemies of true Islam are pointing their missiles at one another (Saudi evil regime, Iran, Israel, America, and the U.A.E). Should this war breakout the power of all these enemies of true Islam will be dealt a severe blow.

Iranians are smartest most civilized beings in the region, and one of the world, don’t you worry pal, Iran and its allies will be around for an eternity and its enemies not

Well, iranians are cunning, but it appears Israel is lot more cunning than them.
What you fail to understand is that Iran is facing enemies determined to destroy that regime or force it to submit.
For the Iranian regime to survive, it must give in to America’s demand – the 12 points Pompeo mentioned months ago. That is equivalent to a total Iranian capitulation. If the mullahs do not want war on Iranian soil like they have said many times, they had better submit to these demands. America and Israel will not stop putting pressure on the Iranian regime until it’s toppled.
Iran faces giant obstacles right now. A U.N arms embergo extension, IAEA pressure for more intrusive monitoring, ever tightening U.S sanctions, risk of a war in Iraq that will further stretch the Iranian regime, a possible Taliban takeover of Afghanistan, the Syrian debacle, lebanon coming under intense sanctions to weaken Hezbollah, and possible US/Israel assassinations or pre-emptive strike.
The Iranian regime is acting cowardly, dodging a war with America at all cost while talking tough. Soleimani’s death exposes the cowardice of Iran. Nothing America will do short of outright and continued strikes on Iranian soil would make Iran respond in an overt manly way intended to inflict collateral damage on its enemy. So shut the fuck up and urge your leaders to negotiate instead of humiliating their supporters.

You shut the fuck up and fuck off

Yeah, I like that. It means you lack what to say cos you understand what I said is indisputable. We’ll see how this debacle ends. But from my observation, the only way Iran can avoid total war is to submit to America and Israel. Iran must give up Hezbollah, stop supporting Assad and other proxies, stop enrichment, missile testing, release all Western prisoners, and many more. My friend, do you think Iran will agree to this? Very unlikely. So now you see why I’m convinced a war is coming.

which are those countries you know?

Yes, I do, but unless it is a signed deal it would be speculation. I only post FACTS. One of them is a large African nation :)

not surprising—India is heavily invested in Iranian ports—-China and India continue to purchase Iranian oil, despite what US fake news claims

China is very popular in Iran as it was the first nation to unconditionally come to Iran’s assistance after the Pimpeo virus was released by the CIA. India is considered unstable and untrustworthy and too weak to stand up to Americunt pressure and then there is the issue of Indian illegal occupation of Kashmir, which both Iran and Turkey have openly and consistently condemned. India needs Iran more than Iran needs India as Iran is the key to China’s ONE BELT and the world’s future. 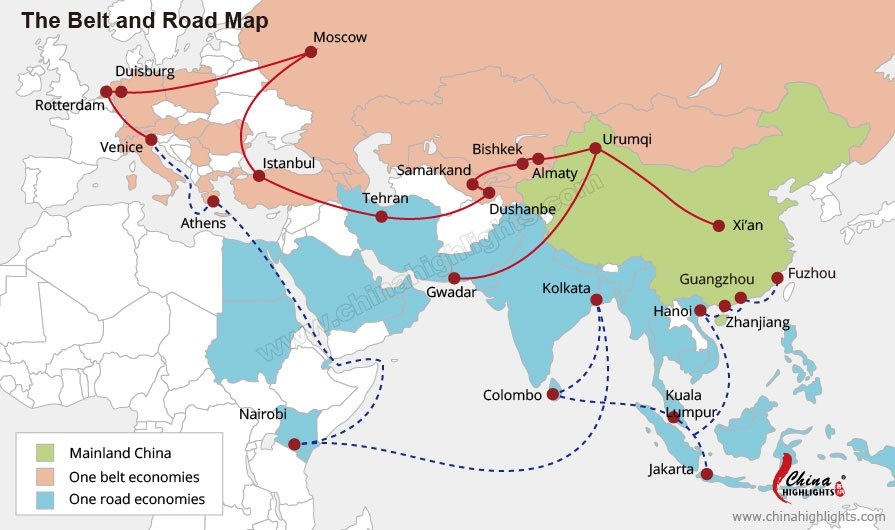 debatable—India has made great improvements in the past 2 decades, although not matched by China—India and Iran are culturally connected—the Persian empire once included much of India…Iran has not attacked another nation for 300 years—a poly cultural society where even synagogues are not required to lock their doors—although they are somewhat concerned about the bahai’s—it is Iran’s interest to trade with other nations and maintain good relations with others—there are daily ferries that traverse between Iran and Russia in the Caspian—they maintain good relations w Armenia unlike the turks/Azeris…US sanctions have been adhered to by European nations—while others ignore them or circumvent them by trading in euros or local currencies

smart move not being shut in in the persian gulf. and from outside tje gulf they can keep a closer watch on what the washington dc morons and the israelis are doing in the gulf of aden and oman. bet the israelis are
in the gulf of oman with one of their germany supplied and nuke compatible subs, using the american base in djibouti as a base away from home. to be able to launch a nuke or two or three on tehran is a wet dream for the psychotic madman netanyahu in tel aviv (in most regards he is a copy of hitler and the world is looking forward to the time when he is successfully assassinated by a brave palestinian).

Establishing naval bases shouldn’t be Iran’s priority under the harsh economic sanctions. Use the money instead to relief the economy.