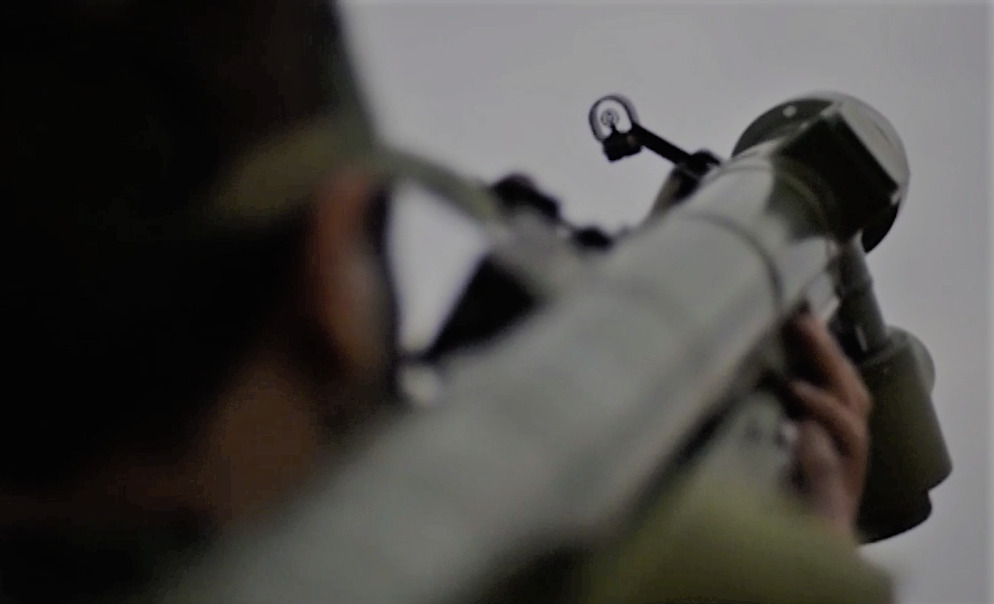 According to the Syrian pro-opposition news blog, the training course is being held in the outskirts of the town of al-Resafa.

At least 25 Iraqi fighters are taking part in the course. The fighters are being trained five days a week on the use of MANPADs against drones, helicopters and fighter jets. A live-fire exercise will allegedly be held in the end of the training course.

“The training is supervised by two Iraqi commanders of the IRGC called Osman Abu al-Zayd and Mohab Ezzedine,” the Eye of Euphrates said in its report.

The blog said that this was the second such training course to be held by the IRGC in the southern countryside of Raqqa in less than a year. The previous course was allegedly held in mid-November 2021.

Over the past year, Iranian-backed forces expanded their presence in the southern countryside of Raqqa. The move was likely a response to an escalation in ISIS activities in the area, as well as a result of repeated Israeli and US strikes on the positions of Iranian-backed forces in nearby Deir Ezzor.

The Eye of Euphrates report may be propaganda. However, it is also possible that the IRGC is working to equip its allies in Iraq and Syria with MANPADs to defend against Israeli and US warplanes.

Again people no matter which website you are on make sure to fact-check/research by yourself.

The Eye of Euphrates, “We support the demands of the Syrians to obtain their rights to freedom and dignity, and we demand the overthrow of the Bashar al-Assad regime and the exit of foreign powers from Syria, including the Iranian militias. ”

A Zion/Daesh/Turk-isis/Kurd-isis network for hard-core Sunnis targeting Iran/Iraq and Syria. “overthrow of the Bashar al-Assad regime and the exit of foreign powers from Syria, including the Iranian militias”.

Here is their website: eyeofeuphrates com It is Arabic so change it to English.

I said it before and I say it again sometimes SF “team” are clowns and see us as fools. Good job SF, but couldn’t you clowns look them up for a sec? Do you think I believe them? Or should you guys?

I also love how you guys try to cover your ass by saying this at the end. “The Eye of Euphrates report may be propaganda. However, it is also possible that the IRGC is working to equip its allies in Iraq and Syria with MANPADs to defend against Israeli and US warplanes.”

Ohhhhhhh, it may be propaganda? By whom? “We demand the overthrow of the Bashar al-Assad regime and the exit of foreign powers from Syria, including the Iranian militias.”

PrOpAgAnDa….they sure as shit don’t like Iraq/Syria or Iran.

doc, get real. Assad sitting on 70% reclaimed Syria with 90% of the major towns and pop. under his sway. Jihadists cornered in Idlib, can’t do shit…..right? Iran can ratchet up the pain in the NE region whenever it wants to, specially if the JCPOA fails no? Same same in Iraq/ Lebanon. What Iran wants, it happens. What do ya say that after Yemen gets wrapped up the old Sassanid boundaries start to firm up and take shape?

No way……..not this time! Careful thought and planning is going into it this time. Iranians biding their time…….no need to go full hog, guns wildly blazing, shooting from da hip. Eaaazy does it. Eeeeeeeezy!…….Let em all fight and die all by demselves. We want the turkish guppu moghal to fight da sawdi lizard eater……..this da goal. It’ll be a beautiful outcome.

Persians are also “gruppu moghal” that you are talking about.

Uzbeki/ Hazara in Afghanistan number 10%. Tajikistan same percentage of Uzbeki. In Iran, the only turkish guppu types are in South Azerbaijan province.

Your ancestors were turkish shitskins who raped your foremothers after castrating their brown shitskin christcuck husbands and spawning your mongrel lineage.

I am sorry but I am not fan of snuff p0rn. Maybe your ilk is.

Of course you don’t like it, you shitskin turkish rape mutt. Historically, you’ve been subject to brutal castration and rapes aplenty so the memory of your being cuckolded is burned into your national consciousness.

All you gayreek shitskins are part-sandmutt dung brown mongrels who deserve to be castrated and raped out of existence.

The maharaja
Reply to  JJ345

Hey Francis it may come as a shocker to you but the “South Front clowns” are more than likely two guys working from home trying to find and edit and post stories to keep the site active. The ticker that begs for money each month with the goal of 4k means you may not get the full back ground on every thing they publish. Might also be a dead giveaway they do not have the staff to nit pick every story.

JJ345
Reply to  The maharaja

“The “South Front clowns” are more than likely two guys working from home trying to find and edit and post stories to keep the site active.” NO, they are not just two people working from a home buddy, and I can ensure you that much.

“with the goal of 4k” They have the money and are connected to “other groups”. I’m not going to say much as SF doesn’t like to be called out. But you do know you can find a lot of information about them, right? They aren’t new or unknown to people.

P.S. all I said was they could have looked into their “source” for 1/2 mins.

Yes but why do you think that radical Shia Iraqis and Iranians don’t really care about Syria or stability in the region but they are playing their game which is to divide Syria into ethno-sectarian states and this will be helpful to Turkey.

Syria should be with the Egyptian-Saudi-Emirati alliance.

You live in Southern Europe and as such, the conflict in the Near East has nothing to do with you, nor do you get a say who allies with whom.

Just because you are so pathetically impotent before the turks doesn’t mean everyone else amends their politics to cater to your needs. Now fuck off.

The impotent ones are those that hide behind jihadist flags in order to cover their weakness.

Turkey is a huge loser in all this. They’ve been pushed into a corner in the NW now. What da ya say, we go for ripping their heart out? Use the kurdish card?…….lol…….hack their eastern 1/3rd off?……lol

Nope, the impotent ones are greeks alright. Manzikert, Constantinople, Turkish War of Independence, Turkish Occupation of Cyprus…you’ve been daisy-chaining military catastrophes in a huge garland over a millennium now (and that’s inspite of NATO support in recent years).

We were the winners in every Balkan war and also WWI, WWII and Cold War.

Nope, this guy is spot on about Greek history. The Turks raped you in WW1 DESPITE BEING DEFEATED INITIALLY, Germans raped your shitskin country until the British rushed to save you, then in the Cold War, Cyprus was occupied and mass slaughter of Greeks occurred on the island plus in the Balkans War, the Albanian insurgents went around massacring Greeks in FYROM.

You are short-dicked shitskins whose pussies get raped again and again every few decades.

When Saddam invaded Iran, most of the world supported Saddam. I tell you what, look which countries supported Iran. “During the Iran-Iraq War, Iran’s only major allies were Syria and Libya.”

A Zion pig slave like you will never understand the Middle East nor their culture because you are not from there nor have any brain cells to think besides sucking Zion d’s.

Iran, Russia, and Syrian are the ones that are holding these evils and killing them, not what you g0ygay Zion boyfriend of yours tell you, clown.

“Syria should be with the Egyptian-Saudi-Emirati alliance.” F for history.

When did the west support Iran, during the Iran/ Iraq war? other than the forced Iran/ contra deal? That was only for $400 odd million in spares and Mavericks. Just a one off. Where as the GCC pumped up Saddam to the tune of $200 billion in arms and both the west and the USSR and even China sold weapons to Iraq. All Iran had was the black market and very limited procurement from Syria and Libya.