The negative campaign against Iran may be coming to its end with the implementation of the JCPOA. 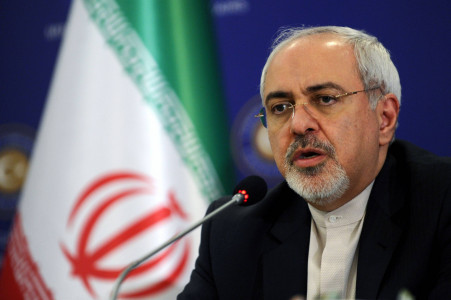 Iran’s Foreign Minister Mohammad Javad Zarif claims that Iranophobia set around the figure of the Islamic republic would finally be over with the implementation of the Joint Comprehensive Plan of Action (JCPOA). The statement was made on an address about Iran’s opportunities made on January 30th.

Zarif believes that one of the biggest and most important achievements of the nuclear deal signed with the P5+1 group of countries and implemented earlier this year is the fact that all the negative campaign against Iran would definitely come to an end, since, before the JCPOA came into effect, “a false image of Iran was depicted”, and with it, the reputation of the Islamic nation was reduced to a wrong-substantiated idea of threat to international peace and security in accordance to which, any move against Iran could be justified.

Also, the Iranian Foreign Minister added that a big part of the responsibility on the creation of this negative image of his country lies on the Israeli Prime Minister Benjamin Netanyahu who has been putting a lot of pressure on European and Western nations with sustained accusations against the Islamic republic, denouncing Iran’s intentions to “vanish Israel from the face of the Earth”. In addition to that, Arab nations have also made big efforts to thwart the realization of the JCPOA due to the fear to lose their long-term subversive investments in Iran, Zarif added.

Another remarkable fact about the full implementation of the JCPOA is the legitimate opening of a new phase in Iran’s relations and opportunities with the lifting of the sanctions that had been imposed to the country by the EU, the UN Security Council and the US due to Iran’s nuclear activities.

Iran agreed to make its part for the application of the JCPOA, which comprises: the freezing of their nuclear program for at least ten years; besides that, the deal also stipulates that Iran will have to reduce their amount of centrifuges, also limit their uranium enrichment and plutonium production of its reactors and as a consequence of that all, reduce their stockpile as well.

So, in compliance with the lifting of the sanctions imposed to Iran, the country can now regain  its share of markets and strengthen its influence in the region, not only economic but also political and strategic too.

The JCPOA came into effect on January 16, 2016 after the decision of the P5+1 group of countries (the US, Britain, China, Russia, France and Germany) taken on July 14th 2015 after two and a half years of intensive talks and negotiations regarding Iran’s nuclear activities.