Iranian authorities detained 22 individuals suspected of involvement in the recent terrorist attack during a military parade in the southern Iranian city of Ahvaz that left 29 dead and 60 wounded, the Iranian Intelligence Ministry said in a statement on September 24th.

The attack took place on September 22nd, the parade was dedicated to the start of the 1980-88 Iran-Iraq war.

On the same day, both Ahwazieh movement and ISIS claimed responsibility for the attack. Later, ISIS Amaq agency posted a video of three men in a vehicle who said they were on their way to carry out an attack on the Iranian Military Parade. One of the men, who appeared to be wearing a cap with the Iranian Revolutionary Guard logo said, “We are Muslims, they are kafirs (non-believers).”

“We will destroy them with a strong and guerrilla-style attack, inshallah (God willing),” he adds.

It’s interesting to note that Iran denies the ISIS involvement in the incident. Brigadier General Abolfazl Shekarch was cited by IRNA saying that “they are not from Daesh (ISIS) or other groups fighting (Iran’s) Islamic system … but they are linked to America and (Israel’s intelligence agency) Mossad.”

The Intelligence Ministry statement also said that in addition to the arrested individuals, Iranian authorities also seized weapons, explosives and communications equipment, during a raid on a building that housed a five-member “terrorist group” that carried out the attack.

Fars News Agency cited the spokesman of the Iranian Armed Forces Brigadier-General Abolfazl Shekarchi that 4 terrorists carried out the attack during military parades in Ahwaz, noting that three of them were killed and the last one was captured by security forces.

“Terrorists should wait for the revenge of the Iranian nation,” General Hatami said. He was cited by Fars News Agency as condemning the US, Israel and their regional allies for resorting to the terrorist groups to attain their “ominous goals” against Iran.

He also claimed that the terrorist attack in Ahwaz is actually in line with Washington’s economic war against Iran whose center is the US treasury department, “but this time it has taken a brutal and deadly shape.”

Also, on September 24th, Fars News Agency cited Senior commander of the Islamic Revolution Guards Corps (IRGC) Brigadier General Esmayeel Kossari who claimed that evidence showed that the US, the UAE and Saudi Arabia played a role in the terrorist attack.

“The remarks by the UAE and Saudi officials on the terrorist attack in Ahwaz and the documents show that the Americans gave orders to Riyadh and supported this attack,” he said.

“Some documents have been found in Iraq and Syria which show the Americans’ support for Saudi Arabia and the Saudis’ assistance to the terrorists,” Kossari said.

Nikki Haley, the US ambassador to the United Nations, rejected Iran’s accusations. “You’ve got a lot of rhetoric coming from Rouhani. The United States condemns any terrorist attack anywhere, period. We’ve always stood by that. I think what Rouhani needs to do is he needs to look at his own home base,” she said, cited by CNN.

Regional governments condemned the attack and offered their condolences, including Hamas, Qatar and a number of Saudi Arabia’s reginal allies such as Kuwait, Oman and Egypt. Saudi Arabia was missing from the list of customary diplomatic condolences.

On September 23rd, Anwar Gargash, the UAE Minister of State For Foreign Affairs, said “official incitement against the UAE in Iran is unfortunate” and that “Tehran’s accusations are baseless.”

The Syrian Government and Hezbollah, two of Iran’s closest allies, issued statements condemning the attack. Syria hinted at outside involvement, while Hezbollah blamed the US.

“We are with you with all the power we have” to stand against these terrorist acts, Assad said in a cable to Rouhani, the state-run Syrian Arab News Agency reported. “We hope that the backers, financers and proponents of terrorism will understand that this danger threatens mankind as a whole.”

Hezbollah released a statement which said that “satanic and malignant hands are behind this terrorist action.” According to the group’s statement the attack is intended to undermine Iran’s security and stability and as “punishment for … its rejection of American dependency politics.”

Earlier on September 24th, Lieutenant Commander of the Islamic Revolution Guards Corps Brigadier General Hossein Salami warned that the IRGC will punish the culprits and masterminds of the attack.

“We promise to show an annihilating and destructive response which makes them (the culprits) regret their deeds and no one will be able to kill our children in this territory, and this will not be the end of the story and we warn everyone that we will take revenge,” General Salami said.

As cited by the Fars News Agency, the general also referred to an Israeli attack on the T4 airbase in Syria in April 2017, which killed a number of Iranian military advisors. He also claimed that Israel have witnessed Iran’s revenge.

“The Americans should know too and we warn them. The US has failed to establish security for the Zionists and now Hezbollah is able to annihilate the Zionists,” he said.

On September 19th, according to an annual report released by the Trump Administration, Iran remained the world’s leading state sponsor of terrorism. The report also highlighted a drop in terrorist attacks worldwide. The State Department’s annual survey of global terrorism accused Iran of intensifying numerous conflicts and trying to undermine governments throughout the Middle East and beyond. Iran’s “terrorist affiliates and proxies,” the report said, “demonstrated a near-global terrorist reach.”

This all follows the sharp escalation in tensions between Iran and the US, after the US unilaterally decided to withdraw from the Iran Nuclear Deal and reimpose sanctions on the Islamic Republic.

I haven’t laughed and the cried so much, since her last statement. She is either a very good liar or a delusional duel passport POS.

There still pisses about khobar and the lebanese marine terror attack.

Regardless hezb has morphed since then.

Hezb is now a political movement, the people of lebanon have elected them.

Ive had enough of double standards…have you? 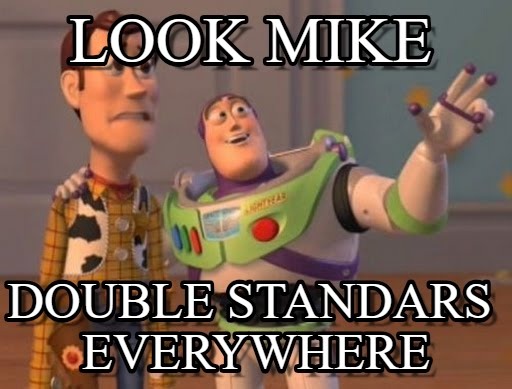 I think John Bolton was even more specific, describing exactly what happened in Iran.

That old lad needs a bicorne

“We will destroy them with a strong and guerrilla-style attack, inshallah (God willing),”

I had to laugh at the stupidity of these terrorists with the statement above. Apparently they haven’t figured out yet that God ain’t willing.

As for Hailey, she’s not a good liar, just a psychopathic habitual one. You have to be psychopathic to say the things she does knowing full well the realities and effects of her and her government’s behavior.

Yes they are stupid, and brainwashed. They give up their lives because of the lies told to them by the Saudi clergy.
2 Sarmat missiles would eradicate Israel and Saudi Arabia, and peace, not seen in the ME since 1948 when European Jews annexed Palestine, would return to the region.

I can’t stand to even look at the ….god, I can’t even come up with a word that describes her. She makes me wretch. I never would have thought that we could stoop so low as to have this…thing and Bolton too. FMTT.

Just goes to show how far over the deep end we’ve gone to have Bolton resurrected. As for Hailey, I believe she’s just trying to outdo Powers. It seems the Deep State just keeps serving up women who want to prove they have bigger b*lls then the men around them; their empty heads serve the needs of the Deep State well. Thank god for the MUTE button…… now if there was only a remove button.

SPEAKER OF THE TRUTH
Reply to  You can call me Al

Nimrata should f**k off back to her own country.

Of course Iran doesn’t blame ISIS because A) There’s separatists trying to take credit, B) there’s witnesses who’ll say what the attackers were wearing and saying, C) Tehran is already accusing their external enemies, and D) Tehran isn’t dumb enough to attempt to say that ISIS is supported by anyone.