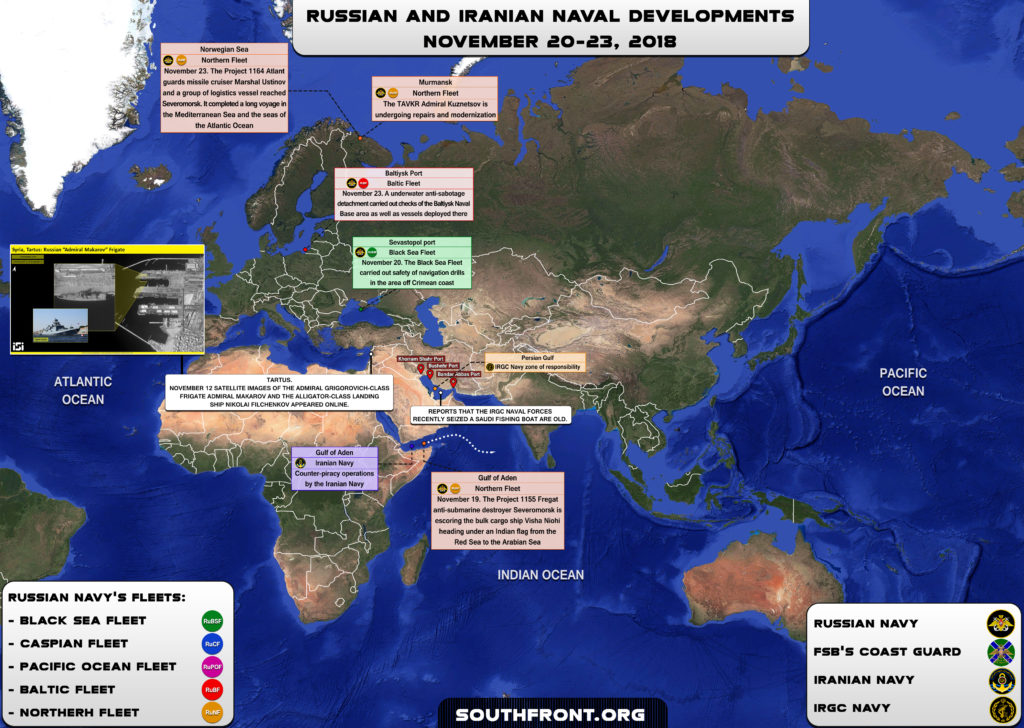 On November 23, Reuters reproted that naval forces of the Islamic Revolutionary Guard Corps (IRGC) had seized a Saudi finishing boat in the Persian Gulf. These reports are old. In fact, this incident took place in 2017.

On the same day, the commander of the IRGC Navy Rear Admiral Ali Reza Tangsiri once again vowed that Iran is ready to defend its interests in the Persian Gulf. He made these remarks during his visit to the islands of Abu Musa, the Greater Tunb and the Lesser Tunb, according to Iranian media.

The security situation in the Persian Gulf and nearby areas are among the key concerns of the Iranian Army and the IRGC. As the US continues to threat Iranian oil tankers sailing across the region, Iran has repeatedly stated that it will react immediately to any hostile ations to its tanker fleet. One of the Iranian threats is to close the Persian Gulf.

This situation is especially interesting amid reprots that China is preparing to resume imports of crude oil from Iran. According to Bloomberg, China would start loading as much as 360,000 barrels per day of Iranian crude oil again before the end of November after a hiatus of a month caused by the newly imposed US sanctions against Teheran. China is the largest buyer of Iranian oil.

On November 23, the Project 1164 Atlant guards missile cruiser Marshal Ustinov and a group of logistics vessel reached Severomorsk. It completed a long voyage in the Mediterranean Sea and the seas of the Atlantic.

“The long trip by the Northern Fleet group of ships started with their departure from the main base of Severomorsk on July 5. Over that time, the missile cruiser Marshal Ustinov had served as a flagship of the Main Naval Parade in the city of Kronstadt, participated in naval war games of the Russian Navy in the Baltic and Mediterranean Seas, and made a couple of business trips to the capital of Algeria and to the Spanish port of Ceuta. In addition, the cruiser performed tasks in the Mediterranean Sea between August 11 and November 12, having participated in several joint activities with a group of Russian Navy ships, permanently deployed in the Mediterranean Sea.

While on its long voyage, the crew of the Russian cruiser had conducted a few anti-submarine war games and anti-aircraft defense drills, and exercises in rendering assistance to ships in distress,” TASS reported.

On November 23, a underwater anti-sabotage detachment carried out checks of the Baltiysk Naval Base area as well as vessels deployed there. On November 20, the Black Sea Fleet carried out safety of navigation drills in the area off Crimean coast.

Russia is going to build first two Project 11356 frigates for India in 3 years, according to Head of Russia’s United Shipbuilding Corporation Alexei Rakhmanov. The announcement was made on the sidelines of a TASS-hosted forum dubbed “Korea and Russia. Economic Cooperation Dialogue” on November 23.

Earlier, Russia and India signed a contract for the construction of 4 Project 11356 frigates. Two of them are planned to be built at the Yantar Shipyard in Kaliningrad. Two others will be constructed at India’s Goa Shipyard Limited.