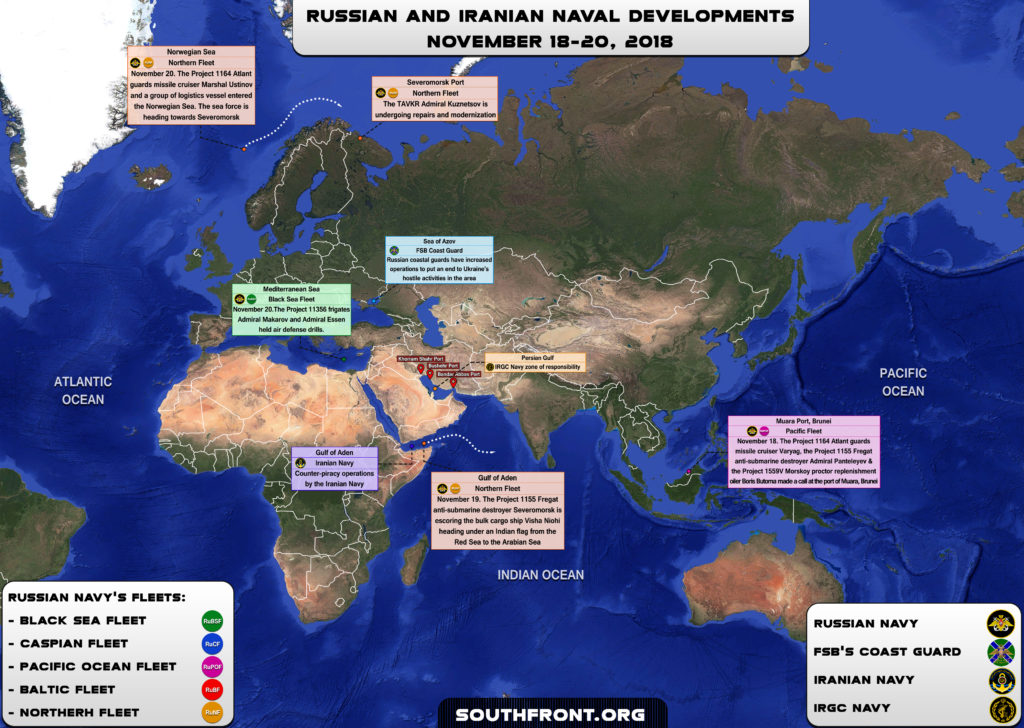 The Iranian Navy is going to unveil Sahand destroyer and Fateh submarine next week, Rear Admiral Hossein Khanzadi told a news conference on November 21, according to Iran’s Fars News agency.

The rear admiral said that the medium-class submarine “would serve as a surprise for the Islamic Republic’s enemies with its special capabilities.” As to the destroyer, it is capable of carrying large helicopters as well as armed with missile defense systems.

He also hailed the increasing coordination between the Navy and the Islamic Revolution Guard Corps (IRGC) Navy.

On November 18, Rear Admiral Mahmoud Moussavi told the Islamic Republic News Agency that the Iranian Navy will continue its presence in the high seas to protect Iran’s national interests.

“So long as the presence of the Iranian Army’s fleets is necessary to secure Iran’s interests, the dispatch of the fleets to the high seas will continue,” Moussavi said noting that the Navy is ready to deploy its warships in the Atlantic Ocean if it’s required. The previous such deployment took place in November 2016.

On November 20, the Project 11356 frigates Admiral Makarov and Admiral Essen of the Russian Navy’s Black Sea Fleet held air defense drills in the Mediterranean, close to the coast of Syria. Warships of the Russian Naval Task Force for Syria carries out wide range of drills, including live fire drills, on a constnat basis. The most notable drills often take place ahead a possible escalation in the region as a show of roce for geopolitical competitors of the Russian-Iranian-Syrian alliance.

On the same day, the Project 1164 Atlant guards missile cruiser Marshal Ustinov and a group of logistics vessel of the Northern Fleet entered the Norwegian Sea. The sea force is heading towards Severomorsk.

According to a report of the Russian Defense Ministry, on November 19, the Project 1155 Fregat anti-submarine destroyer Severomorsk of the Northern Fleet was escoring the bulk cargo ship Visha Niohi heading under an Indian flag from the Red Sea to the Arabian Sea.

On November 18, the Project 1164 Atlant guards missile cruiser Varyag, the Project 1155 Fregat anti-submarine destroyer Admiral Panteleyev and the Project 1559V Morskoy proctor replenishment oiler Boris Butoma of the Pacific Fleet made a call at the port of Muara, Brunei.

The Admiral Kuznetsov heavy aircraft-carrying missile cruiser (TAVKR), the flagship of the Russian Navy, is currently undergoing reparis and modernization in Severomorsk. According to data released by Russian authorities and media, this process is likely delayed because of the incident with the DP-50 floating dry dock and other issues. The fresh data says that the modernization and repairs will be finished by late 2022. 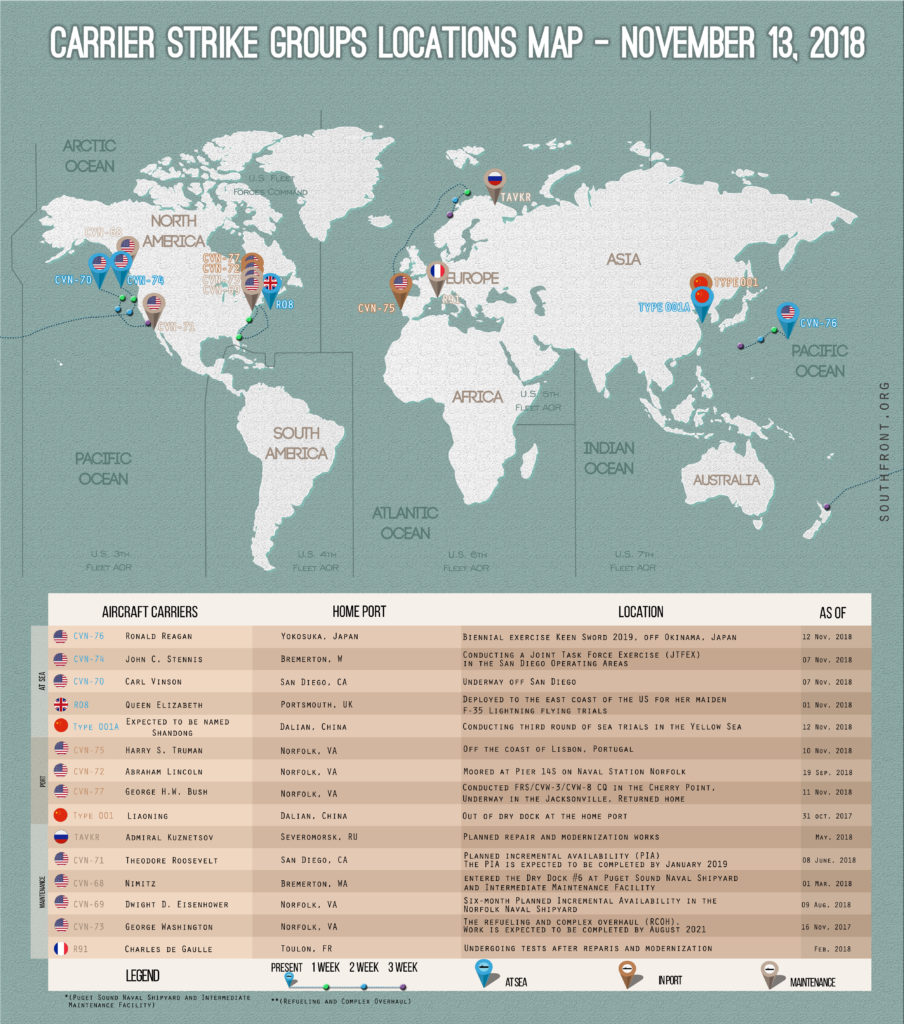 Iran and Russia should be collaborating in designing and developing medium tonnage helicopter carriers and fast air warfare frigates. The Persian Gulf is an ideal platform with adequate Iranian coastal based SSM and AD batteries. With Chah Bahar on the periphery of Indian Ocean being rapidly developed into a free trade zone and key link in China’s One Road and One Belt initiative, Iran needs a blue water navy and a long range air projection power capability. Russia, China and Iran should be cooperating more closely as US and Zionist vultures are getting desperate.

how many times they want to unveil?

The last one was designed almost 8 years ago and things have changed since then in terms of technology and experiences. Iranian ship building is small compared to even South Korea but improving incrementally. Iran can only commission a 1970’s design frigate in about 3 years, and that is simply not viable considering its immense needs. The best option is buy a lot of decommissioned ships from Russia, as even China and India do and refurbish them. The first Chinese aircraft carrier was a Russian one.

Iran’s naval doctrine differs from that of traditional Western navies. It focus on lighter sea craft mixed with coastal cruise missiles batteries and anti-ship ballistic missiles in tandem with UAVS and small form factor submarines that utilize the shallow nature of the Persian gulf to their advantage.

Since Iran doesn’t have the budget to field a large surface navy with huge vessels. It respectively focuses on a lighter footprint but that lighter footprint is highly deadly in an encounter since the enemy will have to deal with a target saturated field of boats (Iranian) all firing cruise or rockets at your ship while Iranian UAVS/long range (over the horizon radars) give coordinates of enemy ships to the coastal batteries for the killing blow and submarines armed with the hoot torpedo which can Absolutely devastate any surface vessel. They also focus heavily on mining the sea.

It’s a very effective strategy. The US knows that Irans navy will fight within their limits, making good use of their advantages. But anything beyond the Persian Gulf, then Irans advantage quickly goes to zero. It doesn’t have a large or advanced enough navy that fields surface vessels equipped with CIWS in tandem with modern naval radar equipment that is on par with Western navies. If the US sees an Iranian ship in the water it will easily blow it up since that ship has no air cover or sensors able to detect the American ship as effectively as the Americans can detect the Iranian ships.

So it’s a give and take scenario all together.

The Russian flag at Murmansk is in a very wet dry dock and for months -if it has toilets and beds enough – should be used for tourists up there.

why don’t you head out there for a holiday..

I have been in Norway about 200 km north of Narvik. Its the same or almost.