On January 6, the commander of the Iranian Navy said that Iran and Russia will hold joint drills in the Caspian Sea.

“Relief and rescue, tactical, and anti-piracy exercises between Iranian and Russian naval forces are being planned and will be carried out in the near future,” Rear-Admiral Hossein Khanzadi stressed. “Joint drills with Russia will surely take us to a new level of cooperation in strategic, tactical, and operational areas at sea.”

The commander added that the cooperation among the naval forces of the Caspian states has “tremendously deepened” in recent years.

“The Caspian is the sea of peace and friendship, and all its littoral countries follow this approach.”

“God willing, that (the unveiling) will take place in IRGC Navy’s upcoming drills,” Tangsiri told the Tasnim news agency, adding, “The underwater domain is one of our necessities which we should aspire to.”

So, russsians are escaping to Iran or the other way around ?

No Jens. Tone down drinking the Copenhagen tap water, I think your government is putting stupid powder in it. See, ships from Iran and ships from Russia travel from each’s coastline and meet up. Out in open water they practice things like using signal flags, maneuvering together, rescuing third parties and naval details like that. Then the ships and crews return home.It’s all included in the article. Do try and comment constructively for a change.

Well, it was humor and comics from here.

And taking the rest of us for idiots into the bargain by putting this transparent, asinine spin on it. Well done, kiddo.

My crap mainly is first class. Its shows very well whu so many dont understand what west is being that low in use of langiage and understanding.

I meet Millers here several times a day understanding nothing of our systems even they are much better because they as our languge is more advanced.

They demand my english to first think in arabic or turkish and then translate to english, which I once upon a time ago learned in school. Why should i.

THEY should learn modern english, and normal commen english among people here are not correct written for lawyers and doctors.

Same for economy only able to compare with some probatly too greedy jews in Mecca 1300 to 1400 years ago.

Interest, stockholding, shares are totally dark areas even most of the our world economy use it and it mainly is a great succes.

In miliatry matters most dont know the western capasities and even think some few bunches of S 300,400 and 500 in Syria can changhe the world. They think USA goes down by total ignorance for, that the rest of the world also own great parts of USA and never will let that happen.

USA might grow less or even slow down, but its from a very high level. They also dont understand, that China makes the produced cake bigger. They see it as its fine China take from USA. I think its fine for the 1100 mio. chinese, that so many work hard and have taken the productive part of us and made better conditions for several 100 chinese.

So idiots is a bad term for a very limited and illiterate world, where we and I are blamed for, what others insist in not learning being in a world og selvproduced stagnation – even blaming us for it.

Correct my spelling is bad, but normal people from here and most in the west do have aq sense of humor, whish is not the same as Yours. Its a tool for explaning things much better too.

As from Denmark, my normal danish is relative close to standard english and I am in good contact with the american version as well having news from there, movies and like that.

So the “idiots” are idiots, because they not even try to learn.

I have written how importent it is to understand an enemy for defeating it. No reaction: We behave as we use too using old tanks from Sibe´ria and Assad is commander of the Russian army.

And kurds: What have they done ??? They didnt start the civile war there and has not attacked Assads(almost). So how can they remain enemies. Well, they ask for local changes for people living there, which is normal here and not even invented by them.

But countries attack them. 4 countries against some very divided minority not even having a country. Thats low.

Turks even demand, they should not be alllowed to shhot back. So by that You are idiots too. Some few named kurds – or actually only a small part of them – has the know how for needed improvements.

And You talk and try to treat a better future as it was exterminating ants. Thats idioisme.

TL;DR, and what you write is virtually unintelligible. Bye.

Russia is a shithole as President Trump called it.

And you’re an ignorant American who reallt should stop posting while on your way to rehab for abusing oxy and shooting heroin.

They shoot heroes too…

Actually, Russia is beautiful. Most of Russia is forest and bog. Russia is estimated to have well over $100 trillion in resources and Russia’s food production is booming. And at least Russians still know how to read and apply critical reasoning to issues and problems. You Tube Novosibirsk. Or Tyumen. Or Cheropovets. Or Perm. Vladivostok. St.Petersburg. See how Russians have been building and improving their cities lately while American cities rot away. Nutcase. Put the crack pipe down and go pawn your laptop for more drug cash.

Did You used it as such, and then they blamed You ?

You are like him blaming jews for thinmgs many do as well as most jews dont do that at all.

You could make a country with him and make a civile war. To where do I have to send th 2 guns.

I see southfront is using fake CIA created maps that look nothing like the earth really does.
Nothing is portioned correctly on SF map. Please use real maps so people can learn what everything actually looks like. 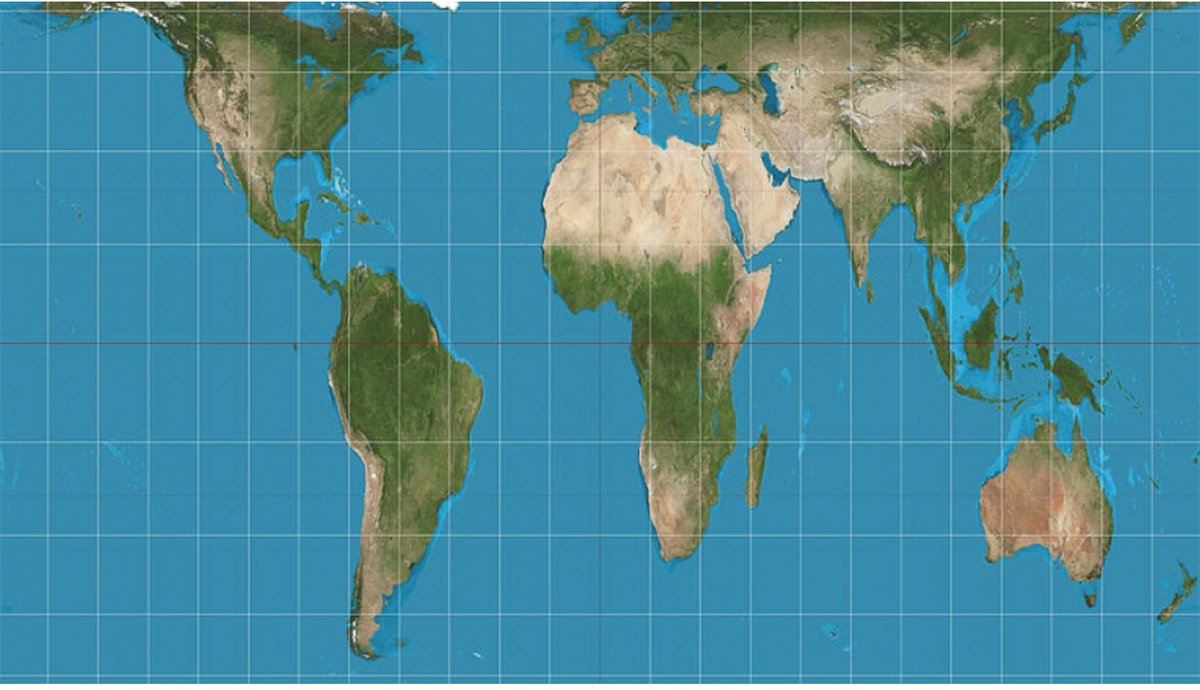 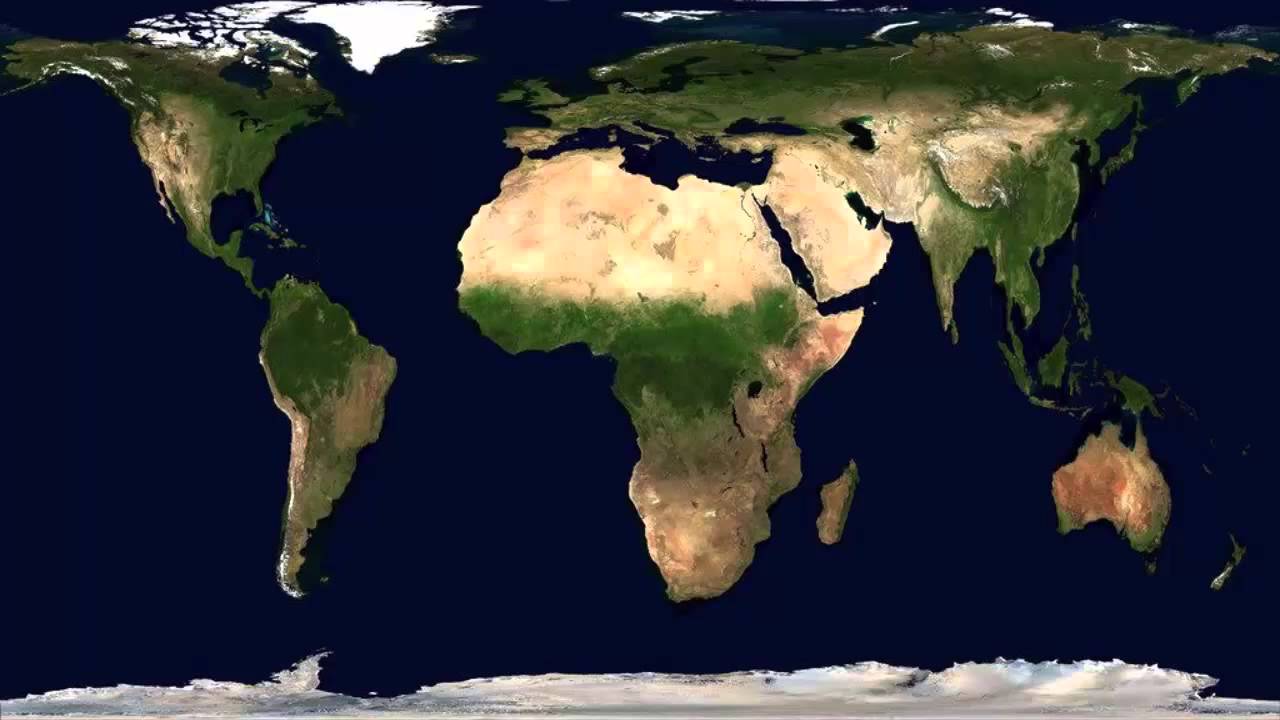 You are wrong. The correct one is a globe, but thats not possible. This is called projektions and the most famaus is the Mercator Projetion.

Its about showing the things You need correct. Here You can choose distances or Km2. If You go by airplane, its best to know km. If You need to compare the seize of Syria and Jordan, You use km.

Try to learn from here https://en.wikipedia.org/wiki/Mercator_projection

Russians are dickheads who are selling Turkey their S-400 junk while Porkchenko visits Turkey and is greeted by Erdogan at the airport while poor Asperger Putin was met at the airport by a low level grunt. Russia is a third rate US vassal state.

Whatever. Russia is one of the only states that declines to be an American vassal. That’s why the Russian Federation is so viilfied in Washington. And Russia is building a gas pipeline to and through Turkey in order to cut Ukraine out of gas transit revenues, so whatever the airport imagery Ukraine gets poorer and Russia maintains her revenue streams. Notice I said streams because there is a multi billion dollar Nuclear Power plant being constructed in Turkey by the Russians too. Seems like Jimmy Jim is full of it.