The Iranian Islamic Revolutionary Guard Corps (IRGC) has tested combat drones in the central Syrian governorate of Homs, the Eye of the Euphrates news outlet reported on March 18.

According to the pro-opposition outlet, two Iranian drones took off from T4 Air Base in the eastern Homs countryside. Senior officers of the IRGC and the Syrian Arab Army attended the live-fire test.

The drone carried out a series of strikes on unidentified targets in the Homs desert, which lays between eastern Homs and western Deir Ezzor. ISIS cells are known to be active there.

“T4 Air Base currently hosts six Iranian-made drones of the IRGC, which were brought in from Iraq in large trucks,” a source familiar with the air base told the Eye of the Euphrates.

Iranian drones have been conducting reconnaissance and combat operations in Syria since the very early years of the conflict.

Earlier this year, Iran stepped up its weapon shipments to its forces in Syria. Recent reports revealed that Iran had armed its forces in the eastern governorate of Deir Ezzor with Russian-made 2K25 Krasnopol guided artillery rounds.

Iranian-backed forces in Syria are likely preparing to intensify their efforts against ISIS cells in the central and eastern regions. The terrorist group has been attempting to expand its influence there for a while now.

But, but, BUTT, the mighty mouse Zionist child killing rats were supposed to “expel” Iran from Syria a decade ago. How can this be LOL

The photos, taken by Maxar Technologies, show four shafts allegedly dug for the missiles. According to a report by The Intel Lab, three of the holes are “hardened vertical launch positions” said to be in the final phase of construction with similar projects by the IRGC being undertaken in Syria..

“Considering the geographic location as well as the existing topography, once this complex reaches full operational capability, it will not be an easy task to neutralize it by conventional means,” said Chief Intel Lab Analyst Itay Bar-Lev. 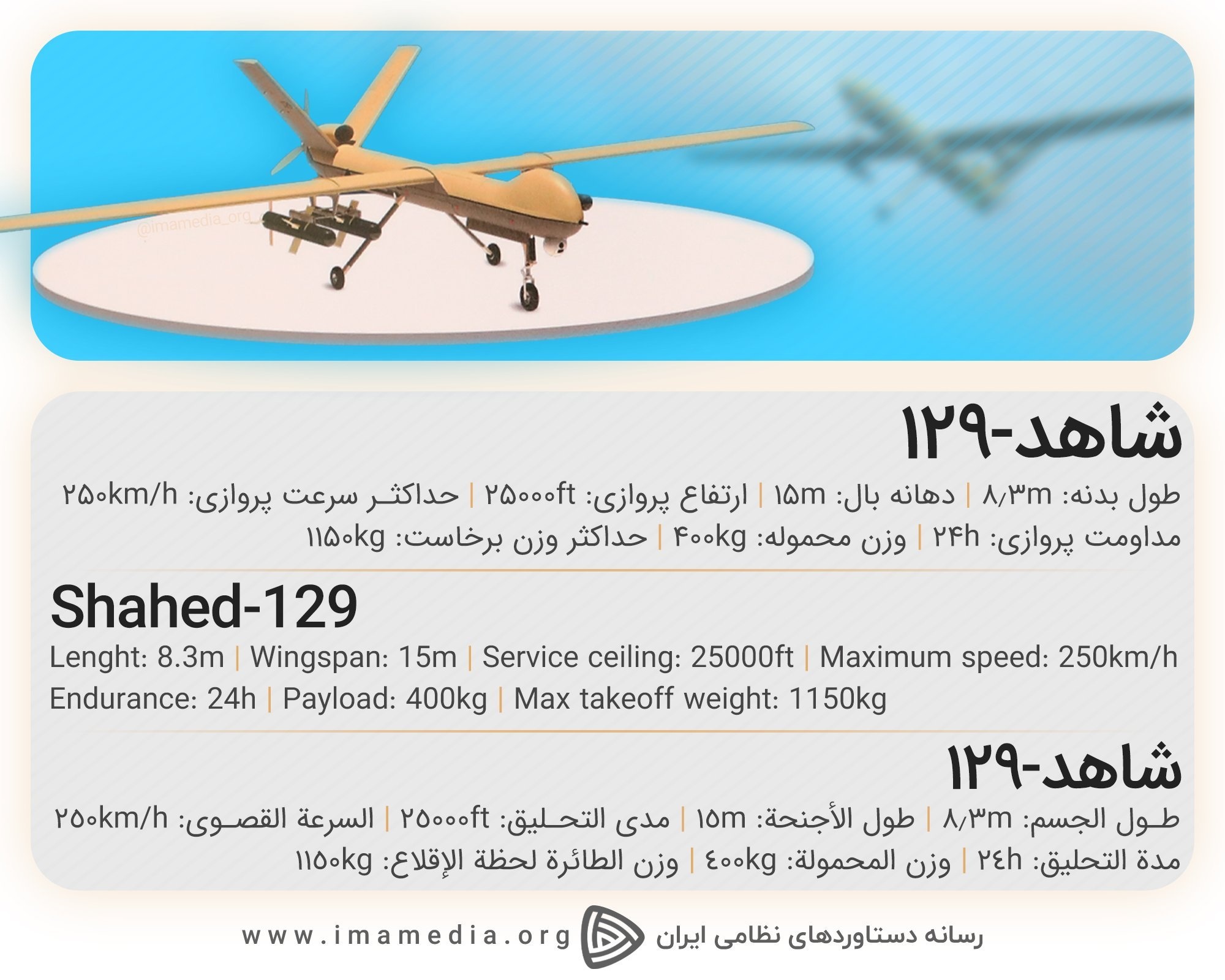 Thanks for the INTEL … those 4 sites will be targeted when war erupts …
it won’t be easy for some but do-able for Israel … eh? 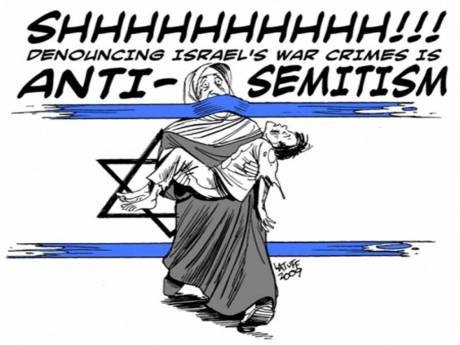 Still waiting for the IDF to finish off the Hezb. Heck, we’ve been waiting since 1982

In your Zio Wet dream @sshole

Interesting that Iranians using T-4 air base, as is quite central location in Syria – and Israeli warplanes launch strikes against targets in Syria with stand-off missile from well inside Lebanese airspace – so T-4 air base may be out of immediate effective range for IAF warplanes.

Just Me
Reply to  Bob

Israel is just as incompetent and loudmouth coward as Saudis.

Just Me
Reply to  Bob 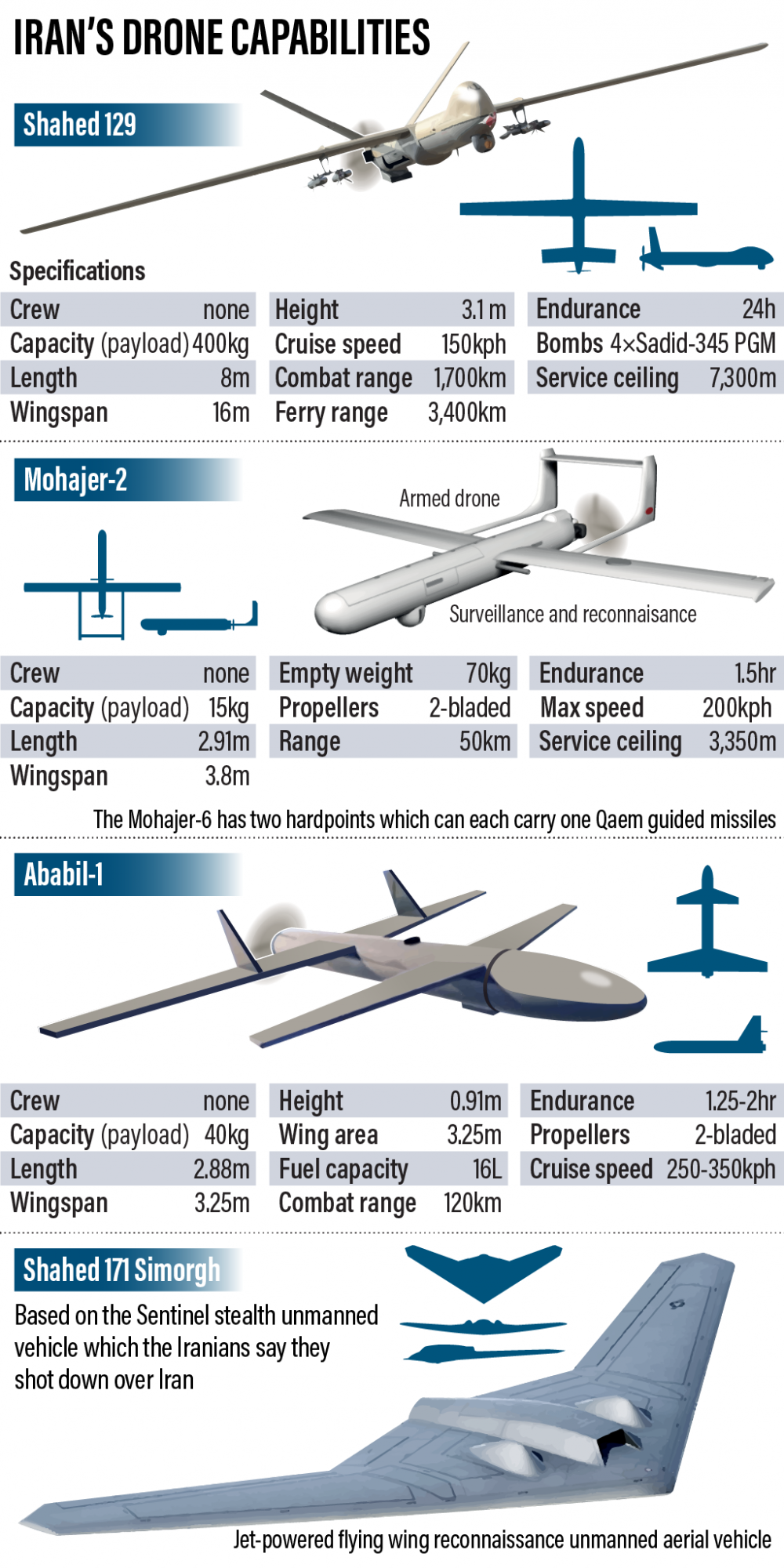 Kaman 22 is more advanced and has ECM that can foil any interception. 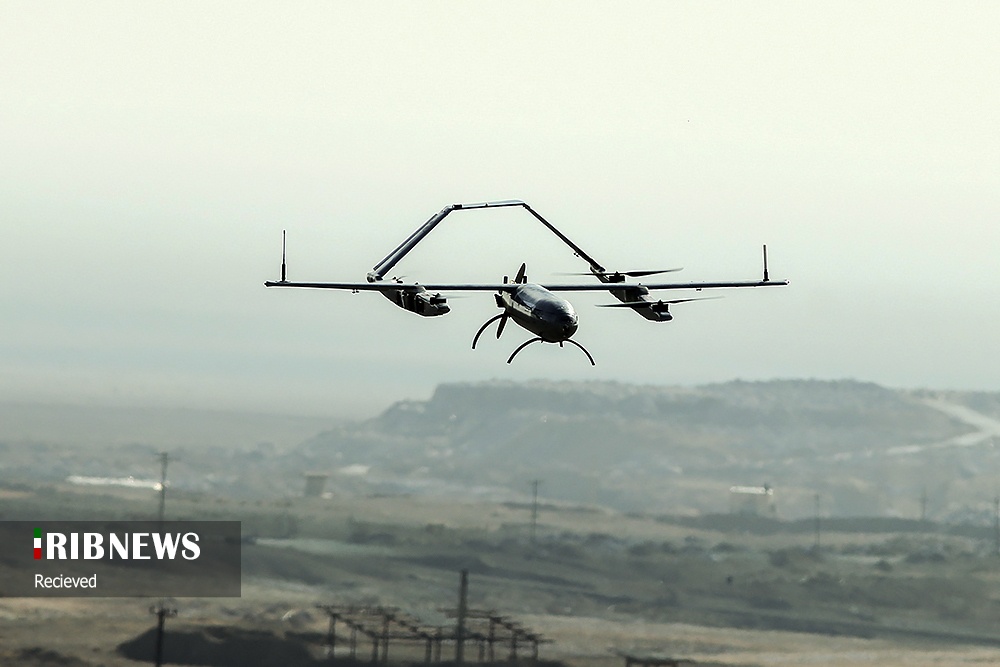 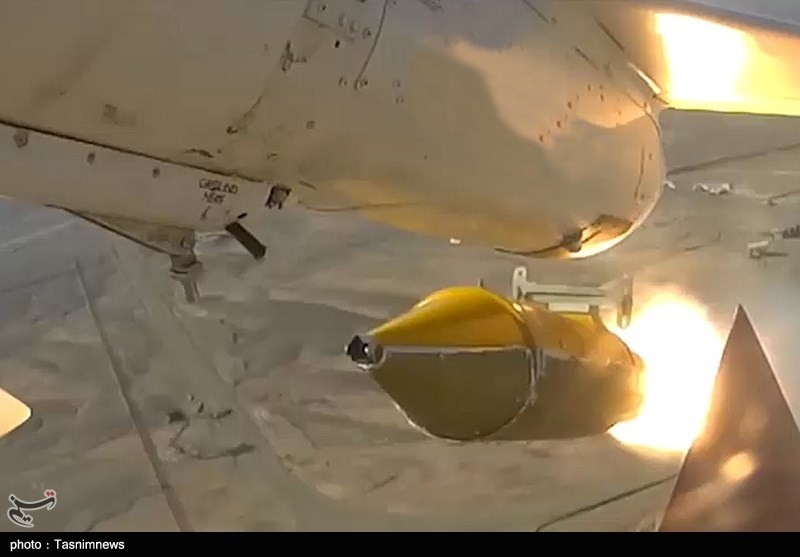 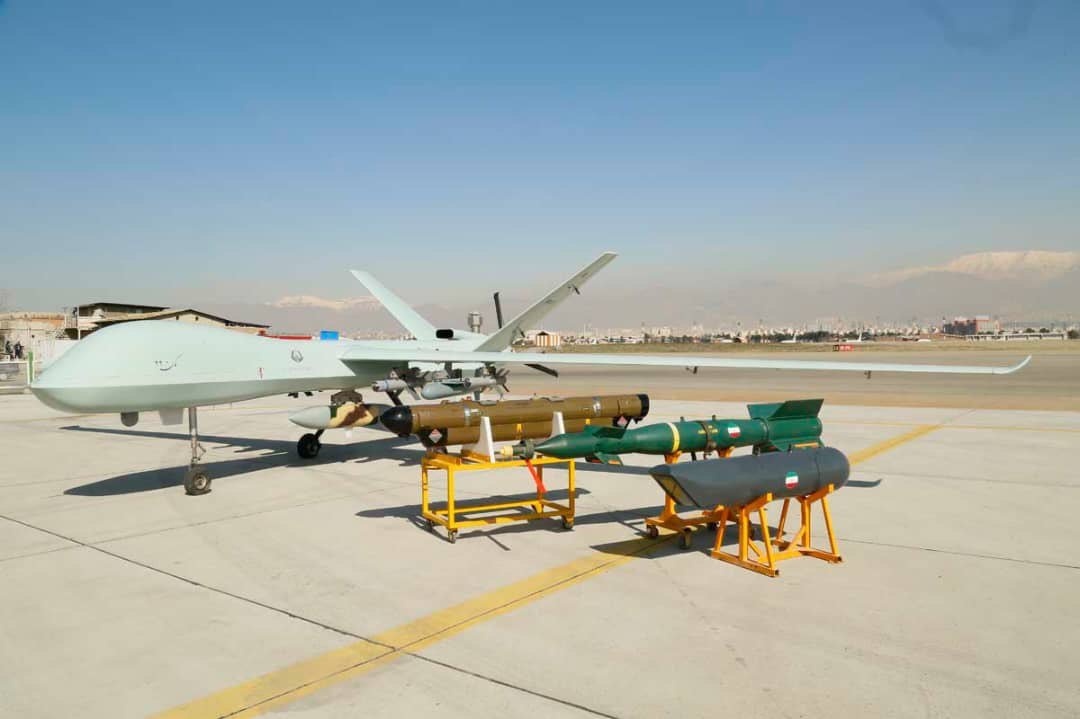 most probably very cheap when its from t4 its probably

A supersonic drone and loitering munition will be deployed soon. The Kaman 12 endurance is now being increased to over 36 hours and a range of 4000 kms.

Amir Nasirzadeh, Commander of Nahaja: The giant UAV “Kaman 22” with a capacity of carrying 300 kg of ammunition will be unveiled by the end of this Iranian month after Nowruz. 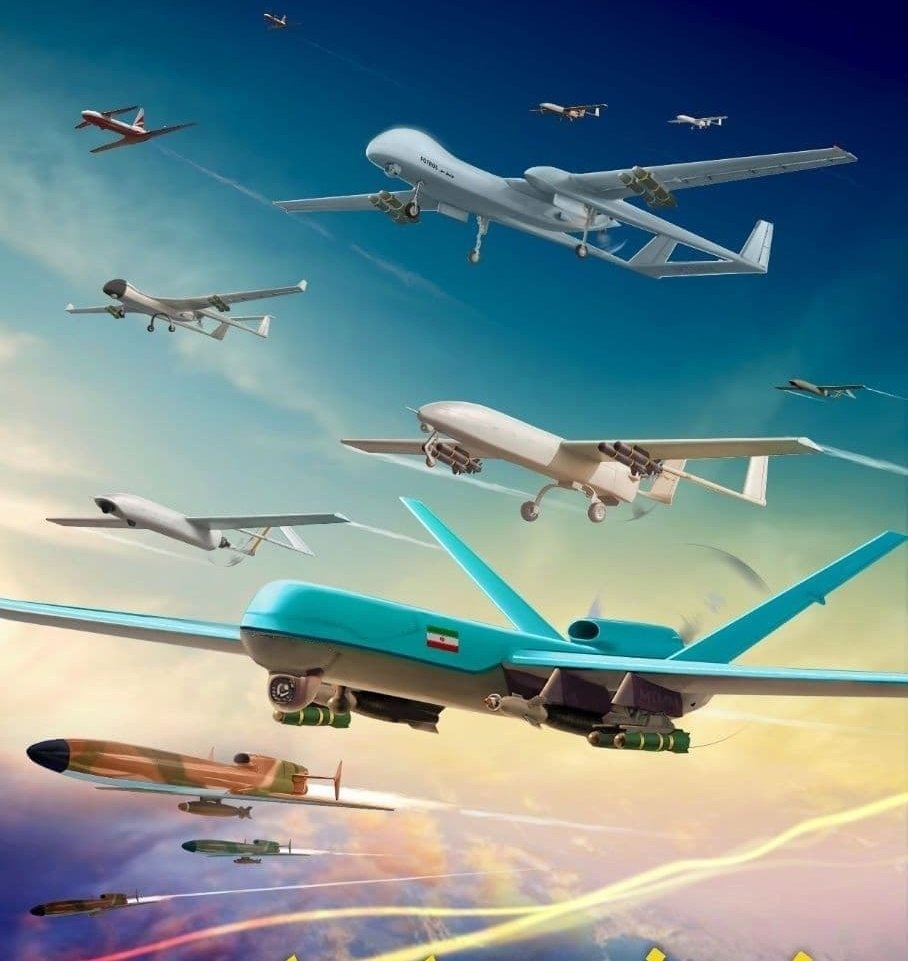 actually karrar interceptors would be nice

Some reports suggest that Iran has stockpiled over 100,000 various loitering suicide munitions. General Hatami gave a hint of this capability this week. 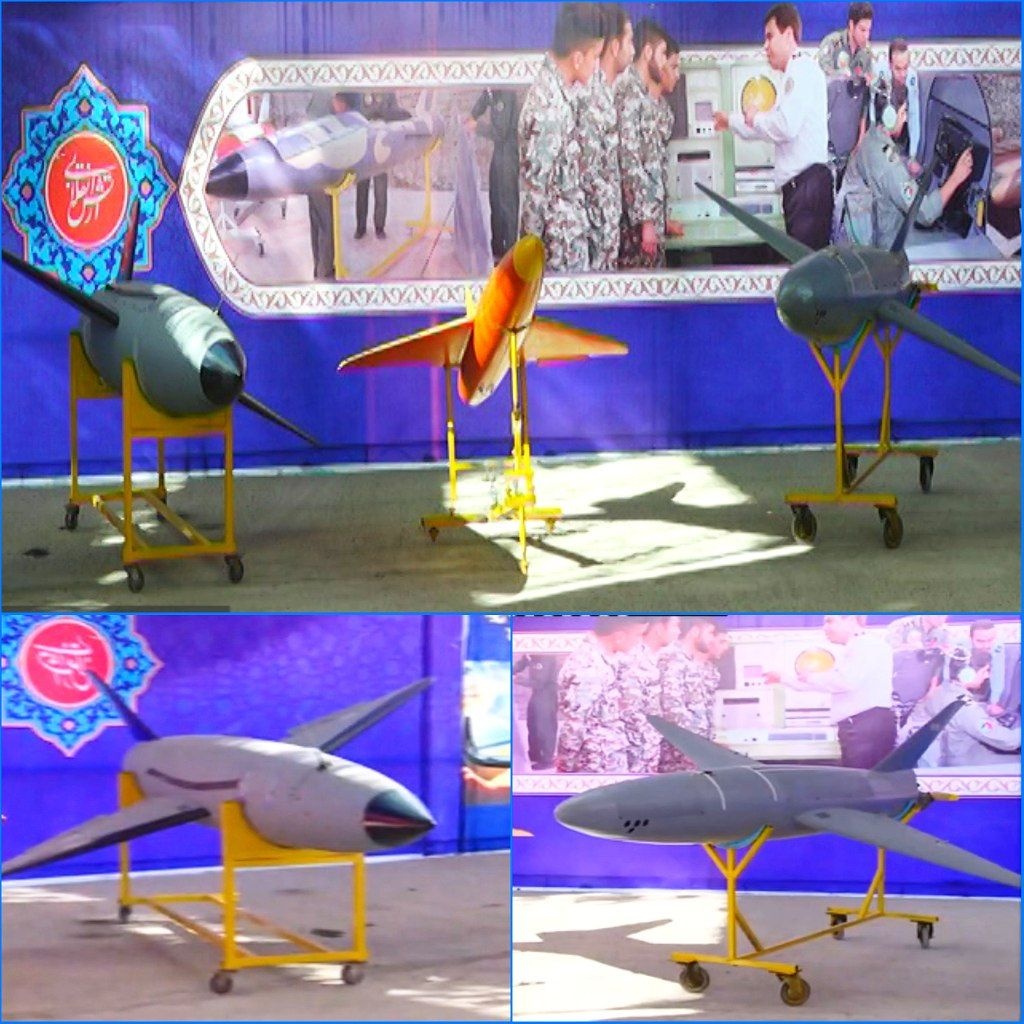 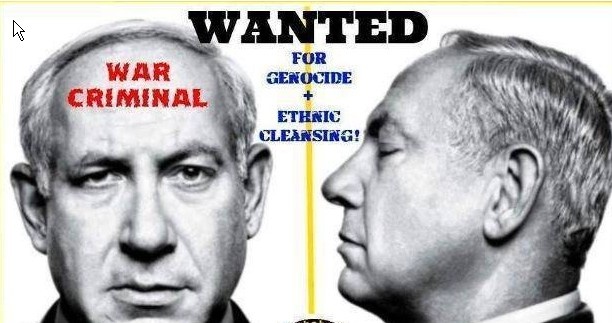 Funny Ashok, he is not even close to be as genocidal as you claim. He is your best friend, now shut up and prepare for a true patriotic leader to teach you a proper lesson. Wednesday will be a good day.

Bibi is taking you all to the REAL Shoa not the fake Shoa of 1940’s.

Did you just get to the Internet Cafe?

Talking about now – 2021. IAF F-16’s were operating inside Syrian airspace in 2018 – then in Februray 2018 one was shot down over Syrian-Israeli border and crashed inside Israel – this led to change in IAF operations policy across 2018 – and now IAF essentially operates from well within Lebanese airspace. That is lot further away from central Syria provinces, than the operational range available to their stand-off missiles back in 2018. Next.

Hollywood strike to keep sheeple voters happy like you. T4 strike + 1000 strikes did nothing. Jihadis still lost and Iran pored 100 000 PMF into Syria waiting to kick your Alien Fake Joo Butt back to Europe

The T4 air base needs protection from aerial attacks, besides short and long range air defenses deployment of some aircraft would be beneficial, suggest the F14 with Faquor BVR air to air missiles out ranging the Israeli AIM 120 C by a considerable margin, and some Kowsar light fighter/attack jets.
If Russia does not employ its IAD to down Israeli planes, Iran could.

Why haven’t they? lol

If the queen had balls … eh?

It’s a work in progress. The airfield needs hardened shelters for aircraft, some infrastructure….etc.
Nethanyahoo does not have any balls…..just a lying tongue.

Yep, but he calls them up beforehand to warn the Hezb not to be there. He even called to apologise via 3rd party channels when injuring any Hezb personnel LoL – ‘cos he knows the Hezb will shut down Golan and Northern Israel for weeks while baby killing IDF waits for revenge in their bunkers shitting rocks LMFAO.

Save your 💰 for food

So what did all the Isisrahellian attacks, target the dunes in the desert? supremacist buffoons, while Iran brings what it wants to Syria in the open, and even carries out live tests, isisrahell’s attacks are pure fiction, propaganda of the losers.

Your opinion is pure fiction … pleasing to your reptilian mind

An attack on Israel will leave their enemies devastated …

An attack on Israel….will be its last. Israel will get its real Holocaust it is seeking. Why can Big Mouth Child Killer Nuttyyahoo not bomb Hezbollah – Olmert did – why not Him? – ‘cos he knows he will get served. Fake Joo Cowards