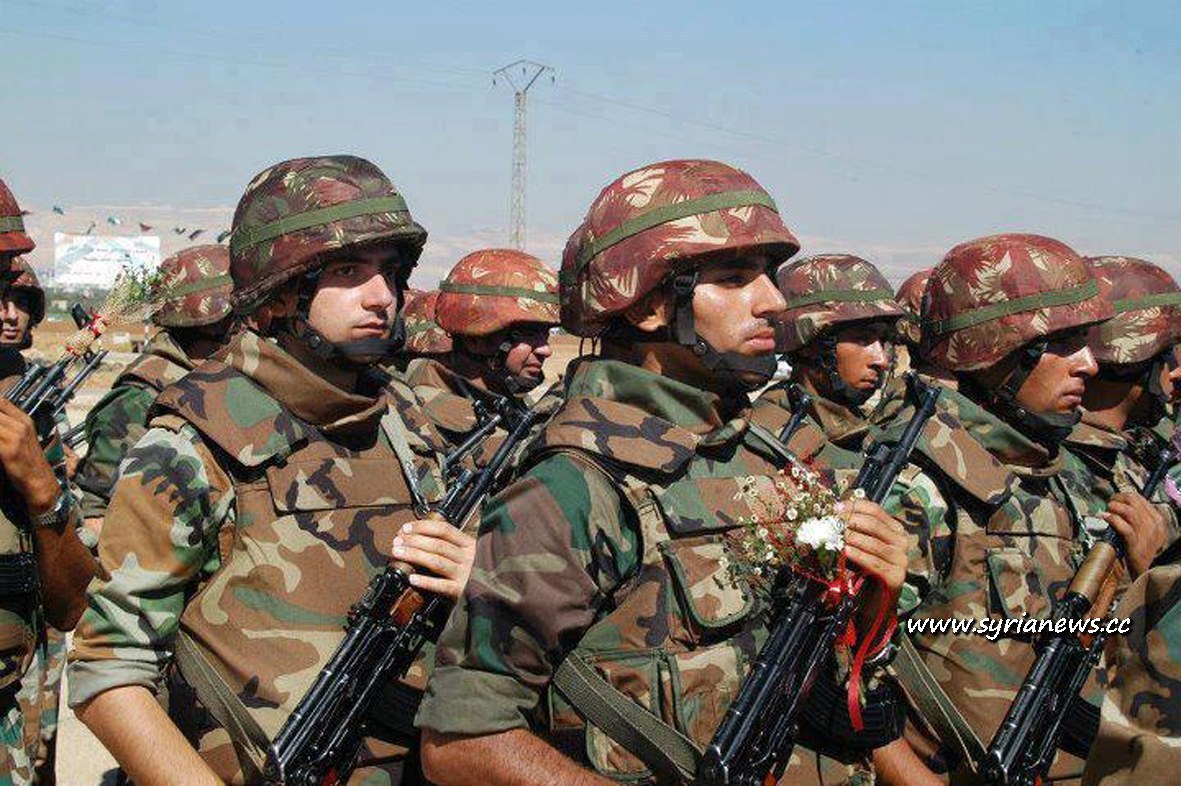 Tehran tries to achieve re-organisation of the Syrian army. Not long ago, the Commander of the elite Al-Quds unit of the Army of the Islamic Revolutionary Guard Corps (IRGC), General Qasem Soleimani, again presented his proposals on this subject to the Syrian Minister of Defence, General Fahd Jassem al-Freij, and the Chief of General Staff, Lieutenant General Ali Abdullah Ayyoub, in Damascus.

The Iranian project envisages the creation of two main and independent-from-one-another structures that would submit to the Co-ordination Committee.

Naturally, this idea has not found a warm response in Damascus. The top military command of the Syrian armed forces is in opposition to the Iranian proposals believing that in this case, the army will turn into an incomprehensible appendix and a maintenance unit of the new Syrian analogue of the IRGC, as this had happened in Iran.

Why is all this necessary for Tehran, especially, against the background of the fact that Iranians try to lobby the same ideas in Iraq? And everywhere, at first, the Shia elite meet these proposals in a friendly way, but then they start to strongly inhibit these reforms of the armed forces.

Iran’s proposals have a double meaning.

It would be difficult to say that the Shia elite in Baghdad and Damascus really like such a prospect. Moreover, in this case, the local elite do not want to stay without reliable army units in their own countries. For example, the Bashar al-Assad regime has its own ‘praetorian guard’ – the 4th Armoured Division, which is free of any influence. Nobody wants to change it to a dubious variant of the Syrian IRGC in consideration of the dominant role of Iran in Damascus.

Are there any external sources on this we can also view?

Iran does not have the internal issues that Syria has. Iran is not war torn, but thriving! Syria should listen to wisdom from Iran, who had to fight an 8 year trench war and still managed to protect 85% of their cities from being ravaged. Iran knows from life experience what they are talking about. Syria would be like Libya today if it was not for Iran rushing to their aid. The Syrian armed forces were largely ineffective in the first two years of the war, till Iran had enough time to train them to be more effective. And Syria has more advanced weapons from Russia then Iran ever had. Syria needs to loose the old ineffective military ways that obviously never worked. They need to become highly adaptable like Iran, to survive anything and win Win WIN!

Spot on again & directly over the target.

Iran is not at war with Sunnis. (This is a Zionist dream they keep trying to make happen trough steady conditioning) Just ask Sunni’s and Jews and Christians living inside of Iran how proud of Iran they are. Iran is the force of uniting Sunni and Shia and Christian and Jew against the evil’s of Zionism. Zionist is the enemy of Jews, and thousands of Jews are waking up to this fact every few months (Divide and Conquer is the name of the Zionist game) They pimp one group against another to depopulate non Zio-Jew populations.

You are spot on.

Syrian military should listen more to the Russian advice, rather than Iran. Iran brings geo-political – ethnic/confessional support to Syria. Russia brings the best technical (military) support Syria can get.

Iran had to kick Russia in the ass to get the focus back on retaking Syria from the terror militias. Putin and Russia and China are very shrewd players and look out for their own interests above all else. While it’s sensible, it’s not necessarily good for the Syrians!

For a time, Putin looked prepared to compromise with the west and possibly allow Syria to be broken up with that ceasefire, which caused lots of soldier and civilian deaths. Iran however forged ahead, necessitating Putin to redeploy so as to not lose the lead.

Syria has to thank Iran for returning focus to the job that must be done for peace, which is to chase out the terror militias so that a true political settlement can be reached

You hit the nail on the head. The author of this article is clearly pro Russia and is parroting pro Russia line. There’s no doubt that Russia as made invaluable contribution to the survival of Assad but clearly as it has always been Russia’s they will sell Assad to the highest bidder if not for Iran and Hezbollah. The Chinese know this too well as a recent article by MK Bhadrakumar rightly suggest. Russia always want an entry into the Western club and will only exploited an unsuspecting ally in order to achieve this in a place where it will never be accepted. The best course for Assad is to listen to those who are more guided by principle against those guided by materialist views.

Iranian paramilitary forces have been extremely ineffective on the battle field in Syria and they are in no position to tell SAA how to organize itself. The Achilles heel of SAA is NDF. Russian government is in a business of prostitution with Persian Gulf littoral states and of cause Israel. They are an uneasy ally which could not be trusted. After all in their own words they are partners of US and the West. Never the less SAA command structure is corrupt and it should be purged. They are completely detached from the grass root levels of the SAA. They enjoy luxury life in Latakia visiting brothels while soldiers have been dying on the battle fields of Syria. This has to stop.

“Shia elite”… in Damascus… since when is Assad’s government secterian? Bullc**p. This sectarian rhetoric (especially as it is untrue) is inadmissable in a Southfront article!

Btw: the Syrian government is largely Sunni and the Alawite president is married to a Sunni.

Also, Alawites are the least secterian people in the world, just like their Turkish counterparts –