Early on July 10, a loud explosion was heard in the western suburbs of the Iranian capital, Tehran. The explosion was followed by a temporary power outage.

“The power outage also occurred in a limited area for five or six minutes, and power outages did not occur extensively,” Vaseqi said.

However, Vaseqi stressed that Shahr-e Qods and Garmdareh didn’t witness any explosion late on July 10. The governor didn’t provide any information on the possible causes of the power outrage. This was the seventh explosion to be reported in Iran in the last few weeks. One of the explosions rocked the Natanz nuclear facility. A centrifuge assembly center was destroyed as a result of the explosion. Tehran vowed that it will respond if the explosion was caused by an attack.

The mullahs are paniced, blaming Israel is always easy but they have no proofs. I suggest they keep their threats to themselves, it doesn’t impress nor scare us.

Save that bull for your self sorry ass.

He is a teenage punk, just posts to get attention, he is here 24/7 and shows you how low and desperate hasbara has sunk.

If he is a teenager, You must be 5 years old.

Mention the word Iran and hasbara roaches crawl out of the woodwork.

Ask your what she thinks? video games have a bad influence on truant punks like yourself.

You just tell absolute lies. What happened to the annexation of the west bank of river Jordan in occupied Palestine and the war against Hezbollah that was supposed to take place in June? also according to your infantile fantasies Iran was supposed to have been “expelled” from Syria about 5 years ago. This proves that your mother should control your internet access during the CIA virus lock-down. Quite pathetic really.

What happened? Bibi happened. He promised for 6 months to annex the Jordan Valley and at the vey end decided to postpone it. The war with Hezbollah should have taken place after that, and again he showed he has no balls to do whatever it takes to protect Israel from the terrorists. Don’t be too happy, his trial is still ongoing and once he goes to jail…Israel will become great again.

More childish excuses, do something or shut up. Indians are mature, we keep quiet when we know our weakness.

I think he absolutely has necessary balls for such a move IF he needs it to save his own skin. Hopefully his trials won’t be solved with a decisive result and this s#itshow drags for some more time.
The more he feels unsafe, eventually the better for any country which is not Israel but at the same time, more Israeli support for terror groups to stir $#it and give him more justification to do what he does and prevent jail time.

oh, oh, and neither he nor Miss Piggy won’t go to jail, period!
Mark my word. I’ll eat crow if I was wrong and give you a written permit to brag about it.

They always blame the Zionists / Americans / the West. It’s easy to blame the Boogie Man.
But they actually understand that more and more Iranians are realizing that the oppressive regime is weakening and it is time to join the resistance movement and overthrow the hate regime.

it is bogeyman, you need to finish high skool first lol

you are s000 smart.
The Ministry of Propaganda said nothing happened, so go back to sleep you little sheep .

home alone? mum off on a date?

anyone in tehran or iran that can attest to this?

JPS
Reply to  Assad must stay

I know the internet connections were slow yesterday, but that doesn’t mean much.

Assad must stay
Reply to  JPS

I am right next door in Yerevan and everything is running smoothly at the border crossing. Armenian media ignores all the anti-Iran propaganda.

Look kids, there is Americunt and Zionist desperate propaganda war going on since the arseholes can’t do much, there was no “explosion” of any kind. There have been three minor incidents, two are terror related, the cowardly disgraceful hospital fire in North Tehran and the parking shed blown up and grass set on fire at Natanz. Iran is huge country and accidents and old electric transformers malfunctioning happens everywhere. There is not even any point in commenting on such nonsense.

Supporters of mullahs regime from “India”, “Armenia”, the “Golf Course”: Nothing happened. But if a particularly small tree was burned it was done by the Americans and the evil Zionists, and the brave intelligence services of the mullahs regime will soon catch the grass-burning terrorists. But in fact nothing happened then no need to comment on it.

Yes, somethiing like that too. Medias are platforms being used as the masssage itself.

i hope so, its just that all of this happening shortly one after another just seems too odd to me

d'Artagnan
Reply to  Assad must stay

There is nothing to be alarmed about, Iranian state has been around for several millennia and will continue gaining strength. The game changer in the region and the world is the upcoming signing of the Sino-Iranian defence, trade, economic and strategic cooperation agreement.

The upcoming 25-year trade and strategic cooperation deal with
China is a shrewd, opportune, and necessary move by Iran given the
EU world’s betrayal of the Islamic Republic, an internal EU report has stated. 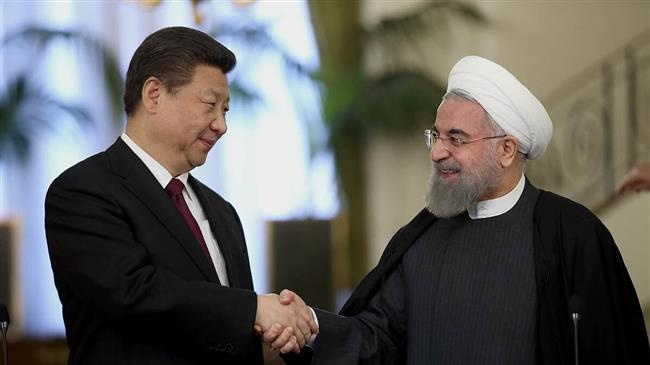 Assad must stay
Reply to  d'Artagnan

yea true, i heard about that, i hope its much better than the ridiculous JCPOA

guest
Reply to  Assad must stay

There is no real threat to Iran. Business is booming as Iran and Iraq signed a $300 million oil deal just today. It is on all Indian media.

A key border for entry of Iranian goods into Iraq has
reopened after more than three months of closure to combat the new
coronavirus.

Iraqi border officials said they reopened the southern Shalamcheh
border for some 500 trucks of foodstuff from Iran per week Tuesday.

Iran is one of Iraq’s biggest trading partners and their shared border is the longest for both countries.

What an impressive knowledge you have about the mullahs regime, for an “Indian” who flew to Iran every month even though during the Corona period there were no regular flights between the two countries. LOL.

Serbian president Vucic is visiting Iran next month to thank the Iranian government for help fighting US created virus and seal some defence deals, Serbia is interested in Iranian SAM systems. 200 Serbian business going with him and many generals.

That is very great news

no need to verify as nothing happened, it is quite obvious……………..

Ash, Ash nothing happened.
Go back to sleep.

Head of the Russian FSB on Thursday testified to Duma that Iran is stronger than ever, which worries the United States more than anyone else.

When something bothers to say all the time that it is strong, it means that it is very weak.

These types of rumors are the currency of desperate US psy-ops that so far have unfortunate managed to commit petty terrorism in Iran by killing 14 women and 3 children at a cancer hospital in Tehran by placing a small explosive device next to oxygen cylinders. The second great achievement of CIA recruited MEK terrorists was to set a parking shed and a grass field on fire. These malicious acts of petty vandalism are more of an indictment of US and Zionist failure and impotency than posing a threat to Iran. They also confirm the fact that both the US and its Zionist puppeteers are unable to confront Iran militarily directly. The positive side of these acts of desperate vandalism are that Iranian counter-intelligence has proven very effective and these acts have strengthened the hardliners and given them a mandate to conduct a nationwide counter-terrorism sweep and eliminate a lot of terrorists. Iran is under no credible threat.

Supporters of the mullahs regime from “Armenia”, “India” and “the golf course” are in total panic. They will say that the Americans / Zionists are to blame, that no serious harm was done, that in fact nothing happened. But in practice they are trying to hide the fact that the Iranian opposition movement to the oppressive regime has increased its activities.
As the actions of the Iranian underground intensify the excuses of the supporters of the hate regime will run out.
The freedom of the Iranian people is near.