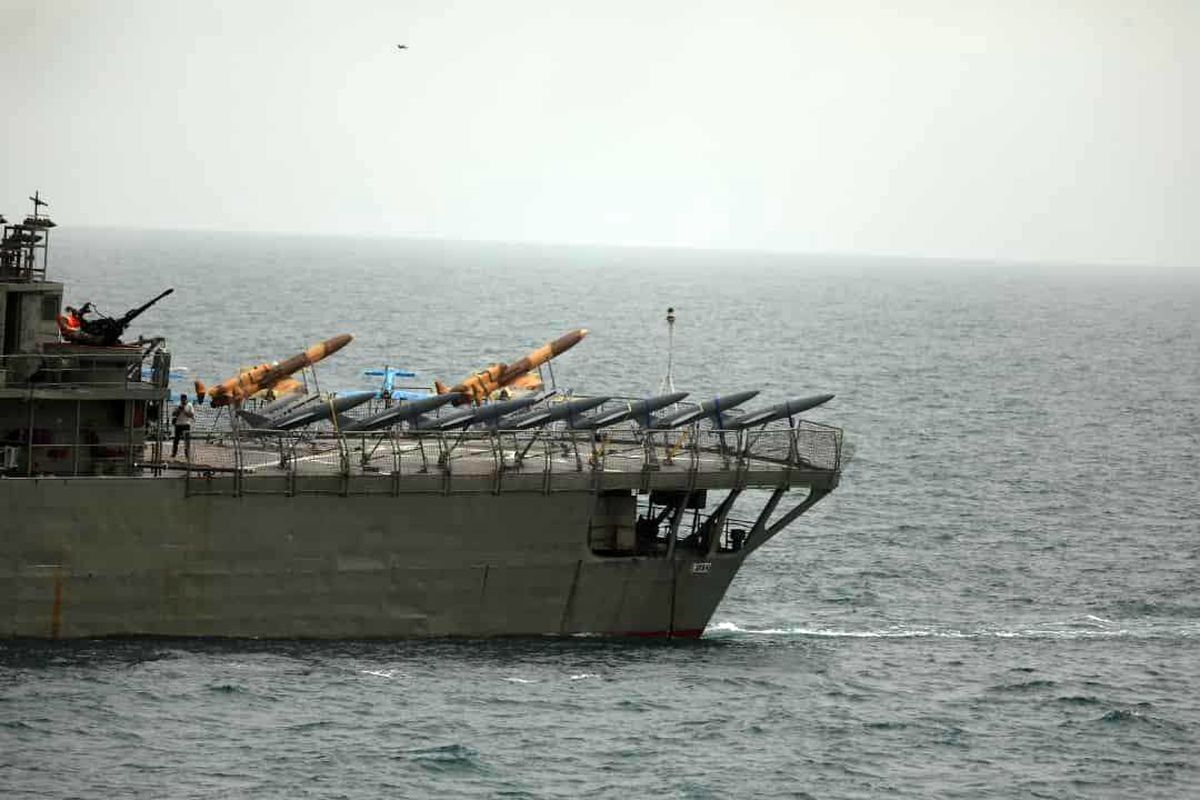 On July 15, the Islamic Republic of Iran Navy announced that it had established its first drone-carrying division in the Indian Ocean.

The Iranian state TV said that the new naval division consists of several ships and submarines carrying all types of combat, reconnaissance and suicide drones.

“All types of the latest advanced drones produced by the military and the defense ministry have flown over the Indian Ocean’s waters to demonstrate their capabilities,” the state TV said.

The channel aired footage showing several types of Iranian drones, such as Pelican, Homa, Arash, Chamrosh, Zhubin, Ababil-4 and Bavar-5, taking off from different Iranian vessels and flying over the Indian Ocean.

“As we are aware of the aggressive attitude in the [US] system of domination, it is necessary to increase our defensive capabilities day-by-day,” Mousavi said on the state TV. “If the enemies make a mistake, [these drones] will present them with a regrettable response”.

The announcement comes as US President Biden undertakes his first tour in the Middle East, including Israel and Saudi Arabia. During the tour, Biden and Israeli caretaker Prime Minister Yair Lapid signed a security pact reinforcing their common front against Iran.

Biden Middle Eastern tour is meant to establish the base for an Israeli-Arab air defense alliance against Iran. Tehran has already made it clear that it will not sit idly by as Washington attempts to corner it with military pacts.

The Pedo Goyins Of IZZisrael ss chiken gays are crying……oh wait their crying since ever ………while they kill and occupy !!!! cry pedo prostiputes !!!

Work AT Home
Reply to  Disinfo

Last edited 4 months ago by Work AT Home
-5
Reply

As long as the crew has the intel to detect an incoming threat, and smaller escape vessels, this old bucket can shoot its load and perform its mission. Sometimes it’s better to build cheap and disposable rather than try to make this impenetrable fortress that costs billions.

The high tech rocket innovation that’s keeping the yanks and chosenites away from attacking Tehran.

I’d be more afraid of their unmanned underwater drones, specially if I had oil gas platforms in the Mediterranean.

They have built unmanned underwater vehicles/torpedoes that lurk close to the seabed when deployed and suddenly spring into action when the seeker picks up an enemy target.

If only we could make things like this at home, we’d be threatening entire ZoG regimes here in the West.

Don’t refer to them as “suicide drones”. They are Loitering Munitions.

Notice that the same technology has two different terms depending on who has it. The MSM wants to spread the meme that Iranian flying ordnance devices are “suicide drones”, the term itself evoking themes of terrorism; meanwhile Israeli equivalents, such as the Harpy, are not suicide drones but rather “loitering munitions”, a term that sounds more vague and bureaucratic.

Whenever you refer to Iranian drones that blow up as “suicide drones”, you are spreading a J**ish PR meme. In the case of every country, refer to them as Loitering Munitions.

very interesting. Never thought about it that way but it makes very much sense. These marketing types and psychologists employed by these massive psyop campaigns in recent years must amount to a large number of people. Really really sad, as a career dedicated solely to manipulate people seems so disgusting to me. I’d be suicidal if had to that line of work; very depressing.

They need to develop EMP drone delivery systems to sever the links between US-Israeli proxy forces and the US satillite intel and targetting capabilities of the proxy ISIS forces in and around Iran.

EMPs are very high powered. But EW (like radio freq jamming) is very much something drones would be suited for. More importantly, sigint RF scanning to detect digital communications to locate possible positions, would be also very important.

Congratulations yet again, my Iranian friends.