Ahmad Gholami, an officer of the Iranian Islamic Revolutionary Guard Corps (IRGC), lost his life during fighting with terrorists near Aleppo. 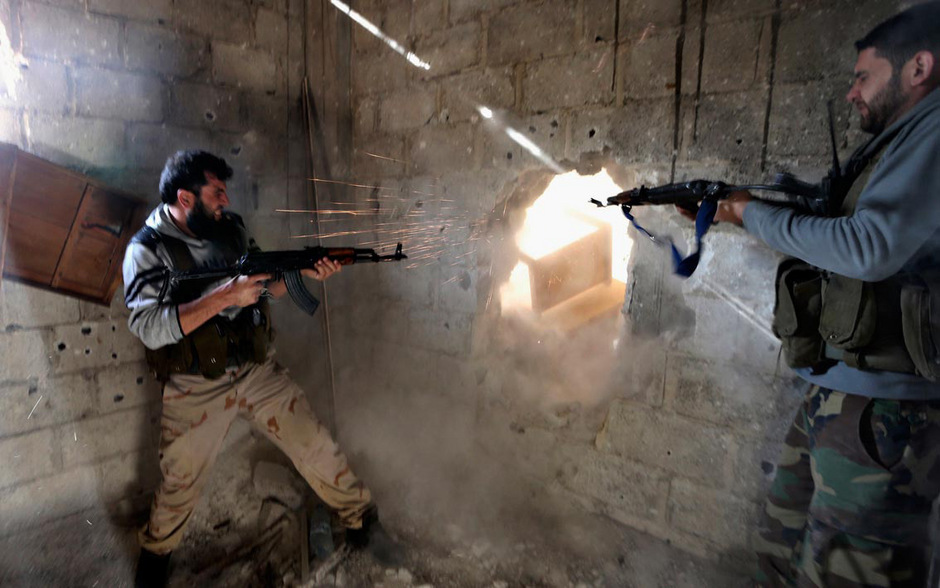 An officer of the Iranian Islamic Revolutionary Guard Corps (IRGC), Ahmad Gholami, was killed during fighting with terrorists near the city of Aleppo, Iranian media reported.

According to media, Gholami was seriously injured during a battle with terrorists near Aleppo. Despite the fact that he had received medical care at the scene, Gholami died a few hours later.

It is known that Gholami participated in the Iran-Iraq War in 1980-1988. At that time, he served as a deputy commander of the 10th division of the IRGC, the Seyyed ol-Shohada Unit. He also commanded the 110th separate Shahid Borujerdi’s brigade of the IRGC.

Will remind, last fall, a brigadier general of the IRGC, Hossein Hamedani, was killed in Syria. The incident took place in Aleppo during an operation of government troops. Gen. Hamedani served as a military adviser to Syrian troops.

Rest in piece. He died fighting for a good cause, when Aleppo is fully sieged again the rebels will be very diminished.

He also served in the Iran – Iraq war , another waste of our precious lives. Still , against this madness we all need to stand. May his family be proud he stood for freedom .

He lived for a good cause. And he gave his life for the very good cause he lived for. May God be with him. I wish we did not have these wars. Someday with Zionism is gone. We will have 50%-70% less of these awful wars.