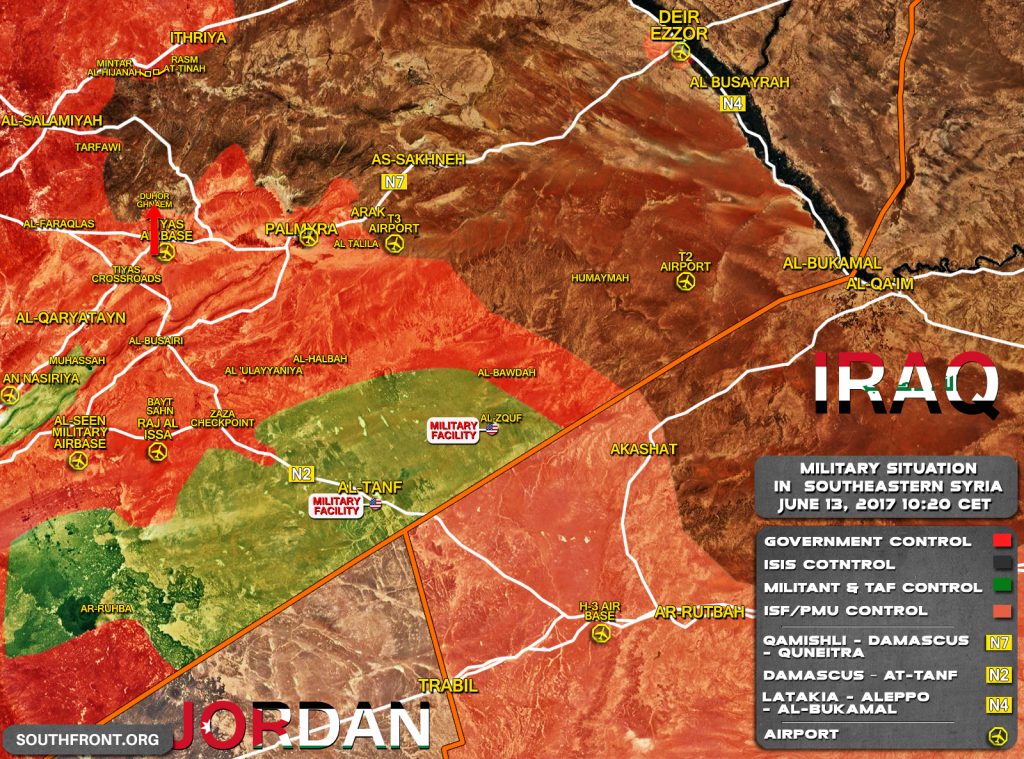 A prominent Iranian commander, Major General Qasem Soleimani, has been spotted alongside with fighters of Hezbollah and Liwa Fatemiyoun in the area northeast of the US At Tanf garrison at the Syrian-Iraqi border.

Soleimani is Commander of the Quds Force, a special forces unit of the Islamic Revolutionary Guard Corps (IRGC). The Quds Force is responsible for extraterritorial operations of the IRGC.

Photos and videos of Soleimani and members of Iranian-backed groups like Hezbollah and Liwa Fatemiyoun confirm a deep Iranian involvement in the operations at the Syrian-Iraqi border.

The Syrian pro-government forces success northeast of At Tanf would allow to establish a land route between Iran and its allied forces in Syria and Lebanon as well as it will allow to increase supplies and support to the Damascus government. 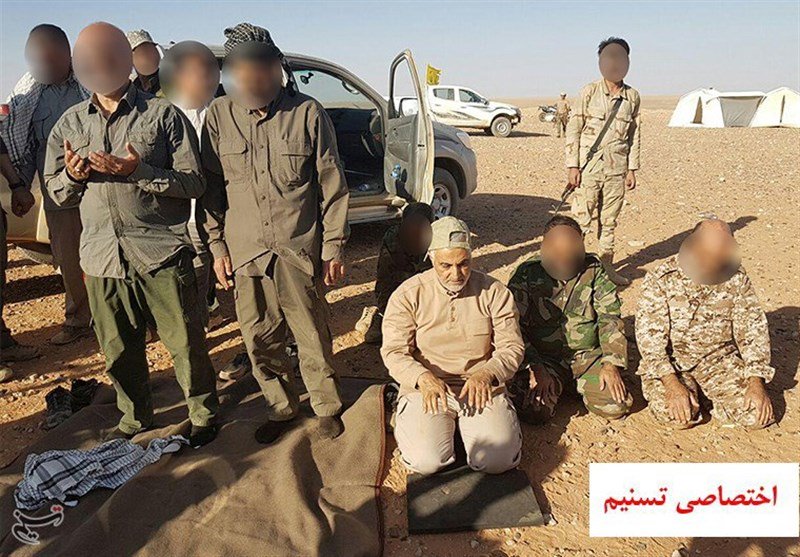 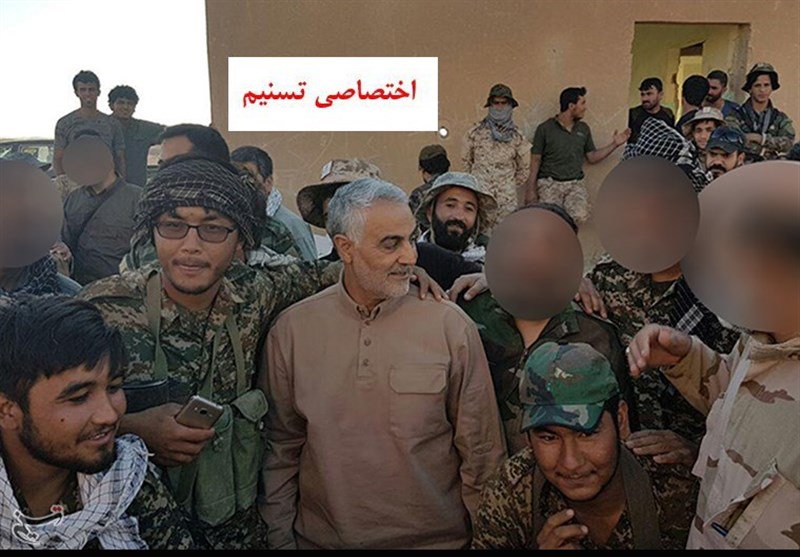 The brains behind it all, General Soleimani!

Gen. Suleimani is a genius war strategist! May God bless SAA, Iran, Russia, Hezbollah and allied militia and give them huge victories over the U$ and its allied evil jihadist terrorist proxies.

According to Iraqi Media the iranians are moving thausends of troops throug Rutabah to Al-Tanaf and northern parts of Al-Tanaf.

Start with taking the Akashat uranium mines off ISIS.

Ironically this does prove what the US has been saying, that it was targeting pro-Iranian groups in the border areas.

I guess even a broken clock tells the right time twice a day.

Difference being the Iranian and Iraqi PMU’s are there at Syria’s request . The US is an invading force , with no legal standing to be there

Yep. This is what we have been saying all along. The US got humiliated and encircled and blocked out of existens.

This Iranian General is running the war. From Iran to Lebanon is controlled by them

lol right then if you say so ,I bet Russia, USA, Syrian fighter’s who are fighting Isis but not with in the government might say different!! Where was the PMU at the start !!

Solaimani has been seen in front lines for many years. Who do you think kicked IS/jihadist out of Aleppo, forgot to mention CIA, NATO, mousad head quarter. Well done to all sons of Syria. PMUs have different ideology, they are not fighting for Syria. They are fighting for the region. ISIS are runing like a rat. Rat holes are sought for ATM. Nice to see them constantly on the back foot. I love it. As the pockets of IS are shrinking, I wonder how they can survive this tidal wave of fresh bunch of fighters.

Beware of HIMARS that the Americans have deployed to al-Tanf. Are they also at al-Zuqf?