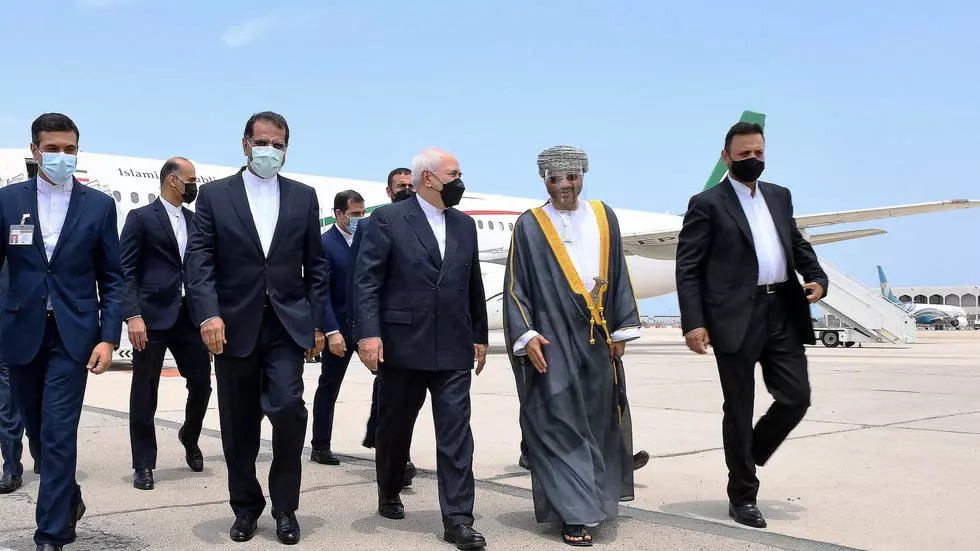 He said that in a meeting with Houthi spokesman Mohammed Abdul Salam in Oman.

During the talks, Zarif “once again stressed our country’s view regarding the political solution being the only solution to the crisis of Yemen”, the Iranian Foreign Ministry said in a statement.

The Minister “emphasised our country’s support for a ceasefire and Yemeni-Yemeni talks”, it added.

In his meeting with Abdul Salam, who lives in exile in Muscat, Zarif also expressed regret about “the six-year imposed war on the people of Yemen, and called for ending the war and lifting” a Saudi-enforced blockade on the country.

This could be significant, since there’s been talks of a change in direction for Saudi Arabia and the potential of negotiations between Tehran and Riyadh.

According to the Arab Weekly, it has been speculated that Zarif’s visits to Doha, Baghdad and Muscat, all of whom have good relations with Tehran, are a possible precursor to restoring ties with Saudi Arabia.

Saudi Arabia proposed a “comprehensive” ceasefire and a return to the negotiating table, a proposal that the Houthis immediately rejected, saying a blockade on the country must first be lifted.

Riyadh accuses Iran of supporting the rebels with weapons and missiles and helping them build drones used to attack the kingdom.

Now, Tehran appears to be changing policy as well, at least formally.

On April 27th, the MBS spoke of normalization in a television interview, saying he sought “good” relations with Tehran, after unnamed sources said the rivals had held secret talks in Baghdad.

“Iran is a neighbouring country, and all we aspire for is a good and special relationship with Iran,” he said

This comes on the heels of a UN and US calls on the Houthis to stop their offensive on Marib city, the last Saudi-led coalition stronghold left in Central Yemen.

On April 25th, military sources said Houthis had taken full control of the northwest Kassara battlefield and made progress on the western front lines despite air attacks by the Saudi Arabia-led military coalition backing the government of Yemeni President Abd-Rabbu Mansour Hadi.

‘On April 27th, the MBS spoke of normalization in a television interview, saying he sought “good” relations with Tehran, after unnamed sources said the rivals had held secret talks in Baghdad. “Iran is a neighbouring country, and all we aspire for is a good and special relationship with Iran,” he said’

Dönmeh (first Zionists) and Hojjatieh (Zionist founding) are looking for “good” relations. One waits (or makes) for the Mashiach to appear, and the other one is the same for the ’12th Imam’. Sure they have good relations to come to a mutual armageddon for their duped Arab and Persian people…

Oh fck off Zarif, get a spine for once, no ceasefire until all of Yemen is liberated

Iran is playing a very astute and strategic game and has achieved all its goals in the region and now the continuation of futile bloodshed is unnecessary. The Saudis are on their knees and will fall into Iranian orbit as they have 20% or more Shia population and their dependence on expensive and largely ineffective US weaponry has not paid any dividends. The Ansarallah are no capable of hitting any Saudi target at will. The only realistic option left for the sub-intelligent MBS is to cut a deal with Iran and pay massive war reparations to Yemen. US can not protect them as Biden’s priorities are the control of Russia and long term conflict with China. No one in the US military has any interest in fighting Iran.

If the Clown Prince was truly looking for peace then he should end the war by withdrawing ALL his goons from Yemen before any negotiations.

Exactly what I were saying!

What do you say instead of an unconditional surrender of the pedo Wahabi and an Arabian Nuremberg for all the Saudi princes?

As an American, I am glad that US is pushing hard for a detente with the regional superpower Iran and the Saudis can read the handwriting on the wall. The war in Yemen was the ultimate folly for the clown prince headchopper MBS who gambled on the wrong horse and has left Saudi Arabia devastated. The wily and tenacious Persians outfoxed all their enemies. The Saudis are on the verge of total disintegration by all accounts, and the US and Oman is giving them a get out of ruin card.

Turkey seized U.S. nukes being stored on Turkish base..???

Turkey and Iran are now formal allies. If Turkey really did seize those nukes, they will stabilize the region enormously.

Houthis control 60+% of population in Yemen—SA /UAE zealots control desert populated by scorpions and rats. SA is being defeated militarily and diplomatically despite the barbaric help by the self uglified amerikans. SA economy indebted and troubled

This negotiation has way too many influential parts: the JCPOA, Iranian proxies, persistent Israeli bombing and sabotage, Syria, etc. Let’s see how fast this falls apart. I said it before: This is Kabuki theater on the part of the US and its allies.