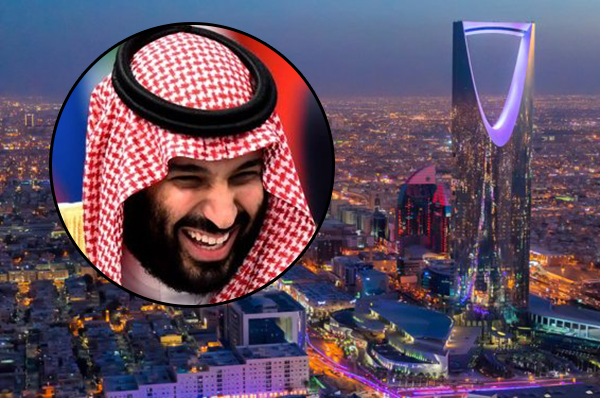 On July 31st, Iranian Foreign Minister Javad Zarif accused the US hypocrisy, saying that Saudi Arabia killed upwards of 3,000 Americans, but is a US client, so they got a free pass.

Kill 3,000+ Americans but remain a US client and you can have nuclear weapons—even get help in acquiring them.

But refuse to bow to #B_Team 's whims, you can't even possess peaceful nuclear energy.

It apparently matters not that "Iran is killing ISIS” while US' clients arm it. pic.twitter.com/9KZ5jDPCuJ

He linked an excerpt from US National Security Adviser John Bolton at the conservative Young America’s Foundation, where he praised President Donald Trump’s decision to withdraw last year from a 2015 nuclear deal with Iran.

Bolton argued the agreement “failed utterly in preventing the mullahs from obtaining a nuclear weapon” ⁠— using a term that refers to an educated holy man in Islam, but often used pejoratively among the right-wing in the West — and argued that “any country that chants ‘Death to America’ and ‘Death to Israel’ will not be allowed to have nuclear weapons.”

According to Zarif, the Kingdom was allowed to have nuclear weapons and more or less do whatever it pleases, simply because it’s a US client. At the same time, it makes no difference that “Iran is killing ISIS” while US’ clients arm it.”

According to Zarif, Bolton is part of the “B Team” that are a band of hawks in the Trump administration.

Another member of the so-called “B Team” is US Secretary of State Mike Pompeo, who in recent days said he was trying to leverage a visit to Tehran and take part in some sort of talks.

I recently offered to travel to Tehran and speak directly to the Iranian people. The regime hasn’t accepted my offer. pic.twitter.com/IFNSf0AJ4H

A State Department spokesman said Pompeo’s “intent was not to request an official visit but to point out that Iran’s totalitarian regime will always do everything possible to keep the truth from reaching the Iranian people,” even as Zarif visits the U.S. and “spreads Iranian propaganda.”

The spokesman added: “We have not received any requests from Iranian state media to interview Secretary Pompeo. Claims that the secretary refused such an interview are false.”

Iran’s response came, once again, from Foreign Minister Javad Zarif. He questioned Pompeo’s motives, especially while US sanctions on Iran were still in effect.

@SecPompeo will then have to explain why he—& his boss:

Distort even the BIBLE to kowtow to a #B_Team member;

Just hours after Javad Zarif responded to Bolton and Pompeo, he was immediately added to the ever-evolving list of sanctioned Iranian individuals and entities.

“Javad Zarif implements the reckless agenda of Iran’s Supreme Leader, and is the regime’s primary spokesperson around the world.  The United States is sending a clear message to the Iranian regime that its recent behavior is completely unacceptable,” said Treasury Secretary Steven T. Mnuchin.  “At the same time the Iranian regime denies Iranian citizens’ access to social media, Foreign Minister Javad Zarif spreads the regime’s propaganda and disinformation around the world through these mediums.”

In response, Javad Zarif said that he actually took the sanctions as a compliment, since he is considered “such a huge threat to your[the B Team’s] agenda.”

The US' reason for designating me is that I am Iran's "primary spokesperson around the world"
Is the truth really that painful?
It has no effect on me or my family, as I have no property or interests outside of Iran.
Thank you for considering me such a huge threat to your agenda.

He further said that any calls for dialogue were baseless and that dialogue was actually an existential threat to the so-called “B Team.”

We know that calling for dialog & peace is an existential threat to #B_Team.
And since reason for designating me is my words, would "US persons" need OFAC license to "engage" with me by reading my writings or listening to interviews?

He earlier spoke to the New York Times and said that he didn’t even have a bank account outside of Iran, so the sanctions were completely pointless.

Earlier speaking to New York Times, Zarif said “Everyone who knows me knows that I, or my family, do not own any property outside Iran. I personally do not even have a bank account outside Iran. Iran is my entire life and my sole commitment. So I have no personal problem with possible sanctions.”

He added: “The only impact–and possibly the sole objective–of a possible designation would be to limit my ability to communicate. And I doubt that would serve anyone. Certainly, it would limit the possibility of informed decision making in Washington.”

According to him, the climax of contrast and foolishness of the American leaders is when they consider no role for Zarif in Iran’s policy but they sanction him by their lack of wisdom.

He added that Americans are seriously afraid of Zarif’s logic and his art of negotiations.

Reality is that the Americunts are whores for Saudi blood money and will sell their lardass ugly toothless mom’s for the a few bucks. The Citigroup pimp Talal has been funding the dotard Trump’s ponzi scams for decades. The whole Trump family kisses the ugly house of Saud’s arse. Sad fact!

Follow that what is right and don’t be part of US mafia.

Since late last night that the news of sanctioning Zarif came, what I see and hear is that this smart and ingenious move by US absolutely worked and gave the results which the designers intended; if their goal was to increase Zarif’s popularity inside Iran.

Sanctioning him doesn’t hurt Zarif, but it will be annoying for some of the world’s leaders. The worse thing that could happen is a refusal to fuel the foreign ministry’s airplane. They will be forced to ignore this one as well, if they want to talk to Iran.

As I told before, some times I think the Trump administration do these idiotic things on purpose and they are hired to ruin the US in any way possible. Tudor, are you sure that Trump doesn’t work for you?! Even a little bit? Vladimir Vladimirovich just smiled when I asked him, while handing me the envelope.

I personally, love Zarif’s comment after the US drone was shot down. “I believe we were minutes away from a war. Prudence prevailed and we are not fighting. So that gives me reason for us to be optimists. If we work, if we are serious, then we can find a way forward”

It was worth it. We Americans are thinking BIG, that’s why Iran and you guys wont understand it. BIG!

Jensen is not ‘american’ he is a hasbara troll fully in with Bibi’s goon squad.. ie from the BS State namely Israel.