Iranian forces in Syria are preparing to move their weapons supply center out from the Damascus international airport, the Russian RT TV reported on February 7 citing military sources.

According to the sources, the weapons supply center will be moved to the T4 airbase in the eastern Homs countryside. Iranian forces previously used the airbase to run its unnamed aerial vehicles (UAV) operations in Syria.

The Israeli Haaretz newspaper released a satellite image showing the alleged positions of Iranian forces in Damascus airport and also claimed that the forces are preparing to withdraw to the T4 airbase. Iran deployed a large force in the Damascus airport and several other facilities in the early years of the conflict in order to support the Syrian Arab Army (SAA) in its war against terrorism. However, Israel claims the Islamic Revolutionary Guard Corps (IRGC) are using these facilities to transport weapons to Lebanese Hezbollah.

The Israeli Air Force targeted Iranian forces inside the Damascus airport multiple times during the last eight years. In the most recent attack, Israeli warplanes destroyed several alleged Iranian positions inside the airport, as well as equipment of the Syrian Arab Air Defense Forces (SyAADF).

If confirmed, the withdrawal of Iranian forces from the Damascus airport will likely de-escalate the situation in this part of Syria and limit Israeli attacks.

As if they were there…

As said, the Hollywood film “Schindler´s List” shows the true story about how 60 mio people died in WWII, hereof 26 mio Russians, because they tried to save 6 mio Jews. Russia is ready any time for that again. https://www.youtube.com/watch?v=Hln_9rxYwfU

However, there is a major flaw in the fake Holohoax Hollywood created narrative, there were barely 3.7 million so-called “Jews” in all or Europe and somehow “6 million died” and how come another 6 million ended up occupying Palestine in 1948. Not very Kosher lie!

You are just and infame evil liar of dirt. 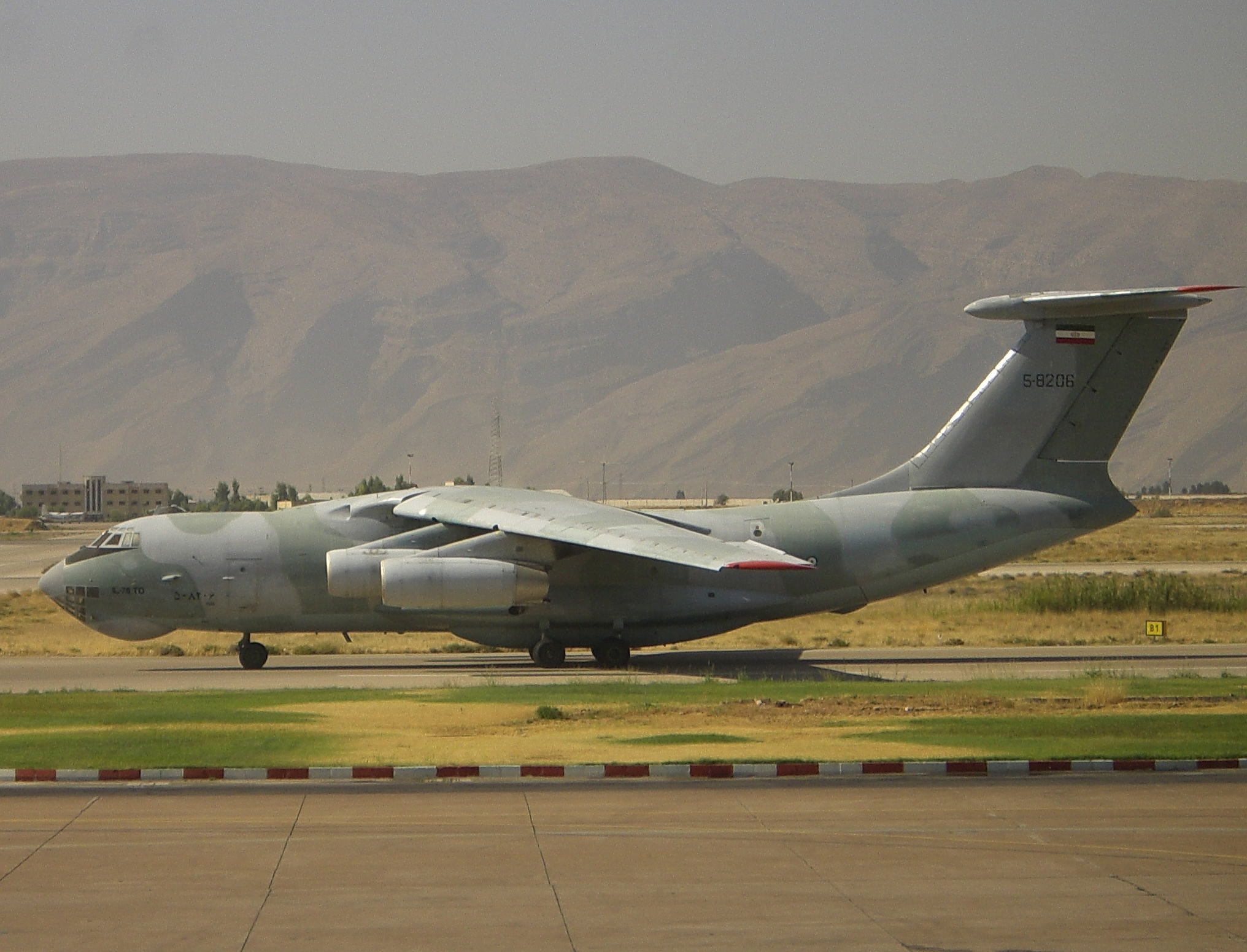 It could be a realization by the Iranians that no matter what the Iranians are vulnerable to standoff IDF attacks at Damascus, and that relocating further into Syria puts them out of the range of those weapons. Syrian Pantsir units cannot guarantee 100% defense against those weapons either, nor will the S-300, as Damascus Airport is within range of Israeli weapons being launched outside of Syrian airspace. And I reckon that the Russians aren’t going to allow the Syrians to launch S-300’s at IDF planes outside of Syrian airspace. At least not to protect the Iranians who are busy with their own plans, to which Moscow has no interests.

So in that vein this can be construed as a sign of weakness that the Iranians are vulnerable at Damascus Airport and have to pull back further in land. Or a sign of proper common sense to not needlessly put themselves at risk. Either side can spin it that way. Although the downside for the Israelis of course is that its now harder for them to hit the Iranians.

no no and if true just around the corner – iran has a mission in the middle east and that is to kick the squatters and thieves and murderers and operators of a concentration camp (aka gaza) far far into the sea for them to swim as far as they possibly can which, since no moses is around, won’t be very far. yep what a larf.

Bibi is prepearing an excuse for not being able to bomb Syria at will as S-300 are becoming operational. I bet he will declare a victory (Trum style).

Esp. since there were never any such forces.

There is growing Shia militia force of now over 100,000 and that is why Syria can afford to demobilize a large chunk of conscripts. Iraqi Hezbollah are also operating in Syria now. 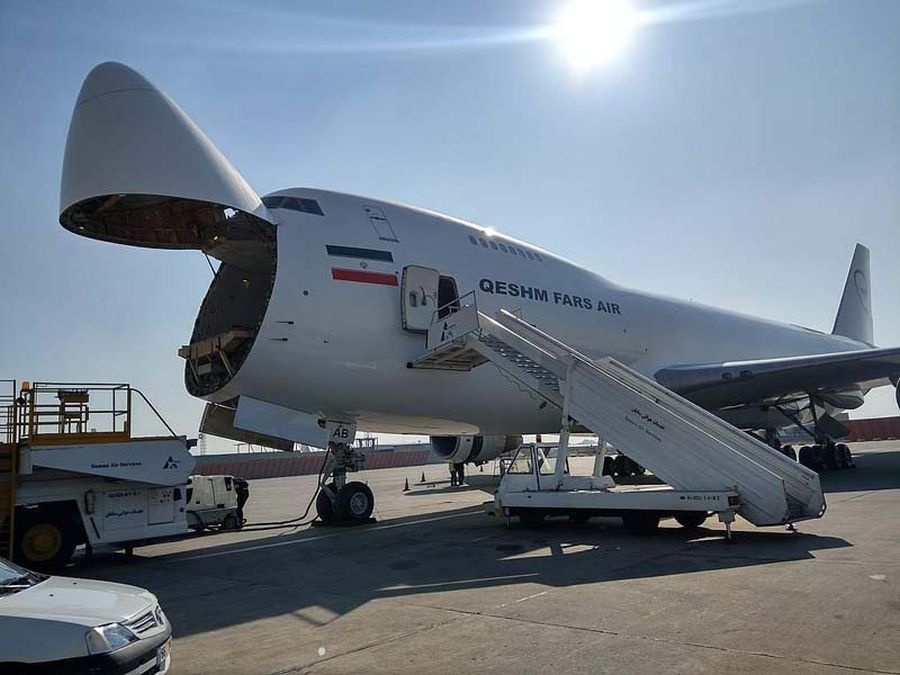 Day by day at
least one, if not two, Iranian transport aircraft, are landing at Damascus international airport in the past week, aviation sources report. These flights have consisted of the large 747 and Il-76 aircraft during daytime and spend over 4 hours unloading.

Nutter Yahoo is a mad barking dog and the reason he has shut the fuck up is that Iranians have passed the message that Zionist hovels will be hit and Zionist “elections” are near and they can’t afford to see their cities burning. Ali Akbar Velayati (ex-FM post revolution) is a very trusted hand of Khamenei and in past 48 hours he flew to Moscow and met with Putin and flew directly to Damascus to pass on the message to Assad that Iran will act now against any Zionist aggression. It is no coincidence that IRIAF and Sepah have flown more transport flights to Syria in the past 3 days than ever, and believe me they are NOT carrying good quality Iranian pistachios.

…Thank you iran for killing the terrorists all the while the us was pretending and bombing empty desert when not suppliyng weapons to the terrorists which had mossad commanders among their ranks…wink wink 911. remember not give a drop of oil to them ziothiefs !

“Unveiling this missile production city deep underground is an answer
to the idle talk made by the Westerners, who assume they can restrict
us and dissuade us from [pursuing] our long-term goals by means of
threats and sanctions,” Major General Mohammad Ali Jafari, the IRGC’s
chief commander, said during the unveiling ceremony on Thursday.

The ceremony, which was joined by the commander of the IRGC’s
Aerospace Division, Brigadier General Amir Ali Hajizadeh, also featured
the inauguration of a smart surface-to-surface missile dubbed Dezfoul with a 450kg warhead and range in excess of 1,000 kms..

“Today, the mass production of advanced precision and smart missiles
became a reality within the IRGC’s aerospace force,” Jafari hailed. 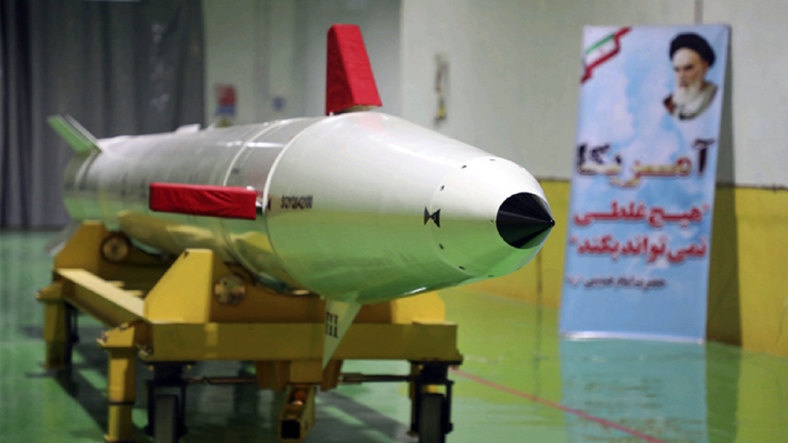 What a load of HOLOHOAX BULLSHIT..This explains how ISRAHELL can bomb SYRIA at will..DISGUSTING.

That is a bit of Zionist exaggeration as usual, their attacks have mostly been pinpricks and hardly made a difference to the military equation. Iran has been supplying Syria with 3-4 daily large transport flights of IL-76 and Boeing 747 and Zionist scum have only managed to down a Russian IL-20 ELINT aircraft. For the past week Iranian transports have been parked only in daylight and the Zionist scum have only sulked. I have posted serial numbers and photos of Iranian transports. The Zionist liars bark a lot for domestic political pressure and to gain sympathy in the brainwashed west. No sensible person believes a word that comes out of the Zionist parasites.

This is very likely disinformation. Moreover, Iran and Syria explicitly denied any intention to stop cooperating, so the “de-escalation” is just propaganda.

Hard to see whats ganda and not…

Has anyone seen this RT report? I can’t find one.

And if the reallocation is true, i would expect IAF to hit those convoys when they are the furtherst away from those airdefence at the airports (Yea i know that there will be mobile airdefences escorting the convoy)

Let’s get FACTUAL here, it is not that Iranian “forces” are withdrawing from Damascus International, it is because the airport is a civilian airport and 14 new airlines are about to restore civilian air services back to Syria. And secondly, Iran has transferred more weapons in the past 5 days than in the entire last year so the use of Damascus airport is moot as it has a small military component at the eastern edge that can not cope with growing military traffic from Syrian, Iranian, Belorussian and Russian air cargo jets. T-4 is a large military base and has now been expanded so it makes perfect sense that it become the primary cargo airport. The SAA and Iran have also beefed up air defences at this base and a S-300 battery is located 20 kms to the south that can adequately provide AD. In any case, any further Zionist stunts will have instant consequences. To prove the point there were 3 Iranian large cargo planes parked the whole day at Damascus east, including a Sepah 747 and Zionist scum did zilch but sulk.

to quote.. “Israel claims the Islamic Revolutionary Guard Corps (IRGC) are using
these facilities to transport weapons to Lebanese Hezbollah.”

.. and what if they are.. this entitles the illegal squatters to exactly what??

They dont see themselves as illegal sqatters at all. More like You behave like that pretending verý well.

It seems this strange sub-plot of two different wars is now finally over.

This must be seen on the backdrop of inner-regime dynamics. Suhail al-Hasan is favoured by Putin; it’s likely they want to get rid of too massive Iranian presence (favouring the Asads). This is also why Russia stands idly by, when Israel attacks the Iranians.

Now it will be possible to develop Damascus airport .
If Russia will continue to push the Iranian forces out of Syria, all of Syria can be rebuilt.