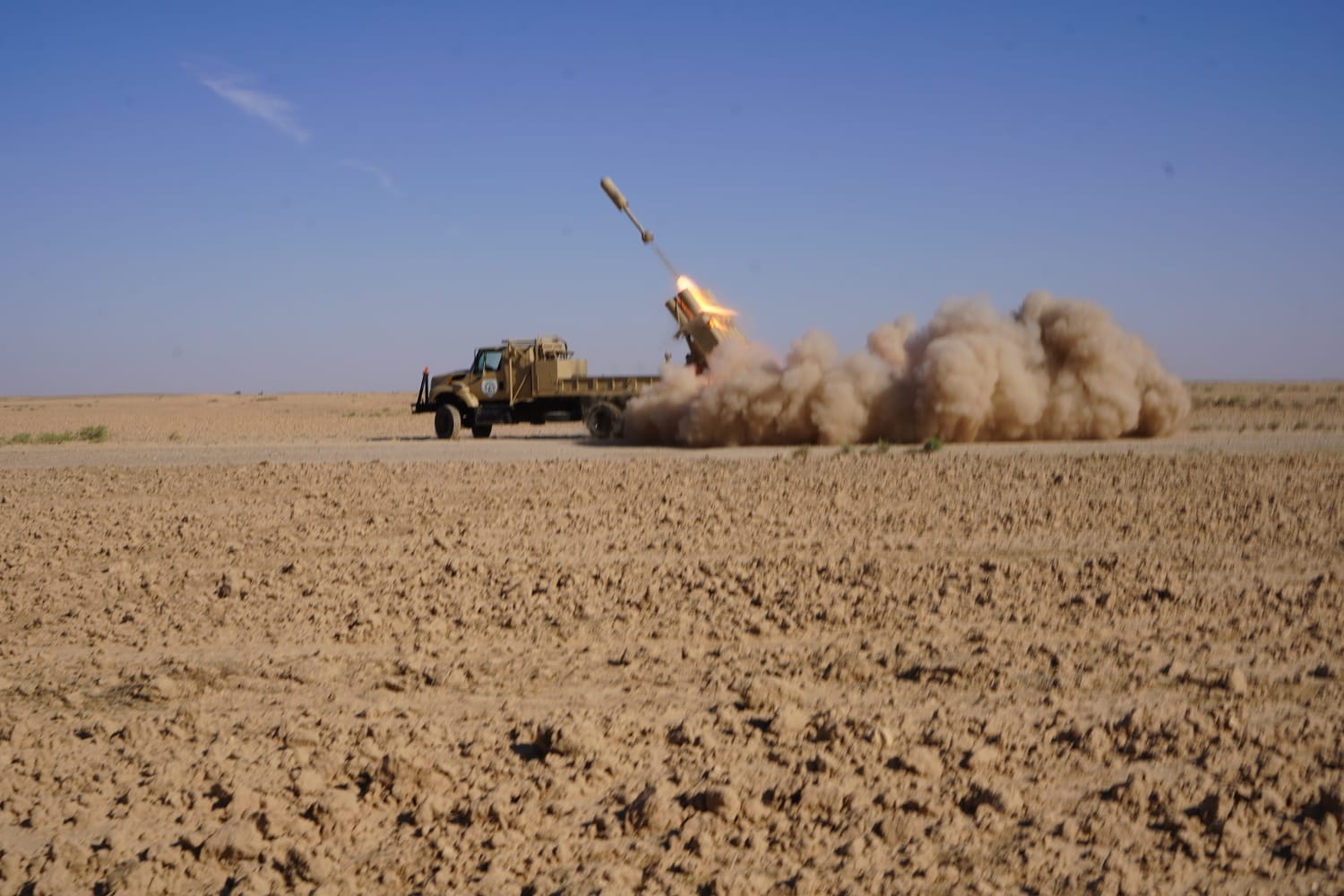 Iranian-backed forces had conducted a live-fire rocket exercise near the ancient city of Palmyra in Syria’s central region, the Syrian Observatory for Human Rights (SOHR) reported on October 5.

According to the London-based monitoring group, the exercise was held at Palmyra Air Base, which has been out of service for many years. The exercise was organized by commanders from Iran’s Islamic Revolutionary Guard Corps (IRGC) and Lebanese Hezbollah.

During the live-fire exercise, Iranian-backed forces launched several types of short and medium-range rockets at static targets in desert areas near Palmyra Air Base.

The SOHR didn’t clarify in its report if the rockets fired during the exercise were unguided artillery rockets, or precision-guided ones.

Last month, the monitoring group said that the IRGC and Hezbollah had moved large quantities of weapons, including rockets, from positions in the southwestern countryside of Homs to fortified positions near Palmyra. They were allegedly moved out of fear of a new Israeli attack on Syria.

Iranian-backed forces are deployed around Palmyra to provide support to Syrian government forces against ISIS cells in the central region. The live-fire exercise reported by the SOHR was likely meant to improve indirect fire capabilities of these forces.

Over the last few years, reports about the activities of Iranian-backed forces in central Syria were indirectly used by Israel to justify attacks on the war-torn country.