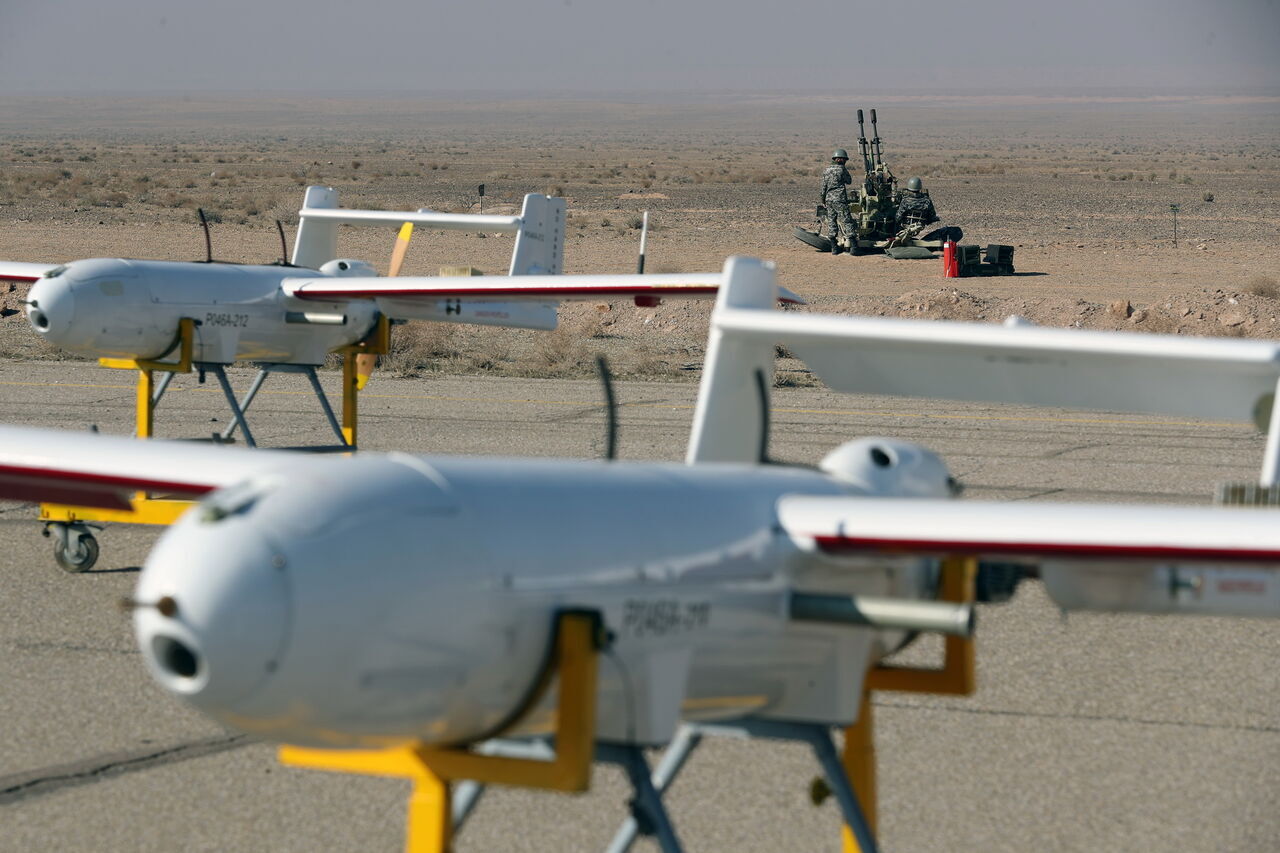 Iran has warned the United States against targeting drones taking part in its ongoing operation against Kurdish-Iranian opposition groups in the Iraqi Kurdistan Region.

On September 30, Major General Mohammad Bagheri, chief of staff for the Iranian military, warned that Iran would consider any US response to Iranian drones as a “hostile action” and reserved the right to respond.

The Islamic Revolutionary Guard Corps (IRGC) launched the military operation in Kurdistan on September 24 in response to Kurdish-led protests in Iran.

On September 28, the guards carried out a series of strikes with dozens of ballistic missiles and suicide drones on positions of Kurdish-Iranian insurgents in the region. The strikes claimed the lives of 13 people and wounded at least 58 others.

After the strikes, the US Central Command said that it downed an Iranian Mohajer-6 combat drone that was heading towards Erbil. The command claimed that the drone posed a real threat to its troops in the region.

Washington revealed on September 30 that an American citizen was among those killed as a result of the IRGC strikes on Kurdistan.

“We can confirm that a U.S. citizen was killed as a result of a rocket attack in the Iraqi Kurdistan region,” State Department spokesman Vedant Patel said, declining to provide further details but reiterating US denunciations of the strikes.

The IRGC believes that Kurdish-Iranian opposition groups have been supporting the violent protests in Iran, which broke out in mid-September, from their bases in Kurdistan. Many of these groups, like the Komala Party of Iranian Kurdistan, enjoy good relations with the US.

Iran is apparently determined to disarm Kurdish-Iranian insurgents in Kurdistan, even if this led to a confrontation with the US.

Ones a while i reply

A lot of bla bla bla while in reality every time Iran got even close to the US or Israel within Syria or where ever, they got totally annihilated. They know it too, this propaganda is ment for the homefront.

Bigg Chungus
Reply to  Ones a while i reply

The main Iranian objective is to neutralize the Kurdish separatists, not directly confront the US. The reason the US is claiming that Iran is dangerously near them is not because this is factual, but because America wants to protect its non-uniformed mercenaries and its Kurdish mafia friends such as the Barzani clan and the Komala Party.

Ones a while i reply
Reply to  Bigg Chungus

Yeah sure, that is why they keep screaming death to America and Israel for a century now. The only reason why they attack the Kurds is because they need a easy scapegoat.

Ericv
Reply to  Ones a while i reply

They keep warning but still didn’t avenge Suleimani. America is the boss at the moment. That is it.

Ones a while i reply
Reply to  Ericv

I remember that too, the Ayatollah started crying like a little bitch lol. Normally Im no fan of American intervention, but since Iran can only bully women, gays and minorities, they definitely deserved the ass whooping.

Not gonna give any examples?

Does anyone else note how the Americans whine about a single US citizen being killed when their sanctions alone resulted in the deaths of 500 thousand Iraqi children.

“We have heard that half a million [Iraqi] children have died. I mean, that is more children than died in Hiroshima,” Stahl said. “And, you know, is the price worth it?”

“I think that is a very hard choice,” Albright answered, “but the price, we think, the price is worth it.”

Normally I support Iran as it is aiding in the suppression of ISIL and HTS/Al Quaeda, but this attack on the Kurds is retarded… if the US or Kurds shoot down a drone, tough tittie to Iran. What do you think the US or Kurds would do … sit by and let themselves be killed ?

Stop poking Iran continuously is a start of what they can do. As a rule, Iran usually stays away from military conflicts and acts militarily after all available solutions have been tried. Moreover, during the course of any military conflict, Iran actually acts very cautiously to avoid unnecessary deaths. During the Iran-Iraq-war Iran chose to take the indescribable pain, rather than repay Iraq with CW of its own. I know too little about these events that are ongoing to say anything specific but whatever it is, they must have really pissed off Iran …

Ones a while i reply
Reply to  Sadde

Its a sign of desperation. They have these backward and ridicules religious laws which prevents women showing their hair. A large part of the Iranians had enough it. Now they cant control the demonstrations anymore so they shut down the internet and blame minorities inside and outside Iran for it. They can shout whatever they want, but ones they get close to Americans or Isreal, they will be taught a lesson.

Sadde
Reply to  Ones a while i reply

If you think a couple of hundred demonstrators per particular incident is making Iran nevus, let alone “desperate”, you are either ignorant in the matter, or plainly brainwashed. (Down-votes not mine)

Dark side of the moon

nobody will miss a dead amerikan

Good for Iran to stand against the fascist bastards running the USA FUCK THE BASTARD NON ELECTED USA GOVERNMENT! 2020 my vote was stolen! Fuck them!