Following US declarations that Washington and its allies intend to take Iranian crude exports down to “zero” by cancelling waivers previously granted to eight nations, tensions are now soaring over the Strait of Hormuz, with Iran’s elite Revolutionary Guards (IRGC) attempting to lay down the law amid fears the US Navy could move to block Iran’s access, given the IRGC’s new terror designation.

On Wednesday Iranian Foreign Minister Mohammad Javad Zarif said if the US intends to pass through the Persian Gulf’s vital choke point — the waterway’s narrowest strait routinely patrolled by Iran’s military — “it must dialogue with those who defend it”. Sharif’s words were essentially a provocative declaration that the US military must ask Tehran’s “permission” to enter the strait. However, he elsewhere explained that he doesn’t believe that President Trump wants war with Iran, but that he could be “lured into one” by his more hawkish advisers. 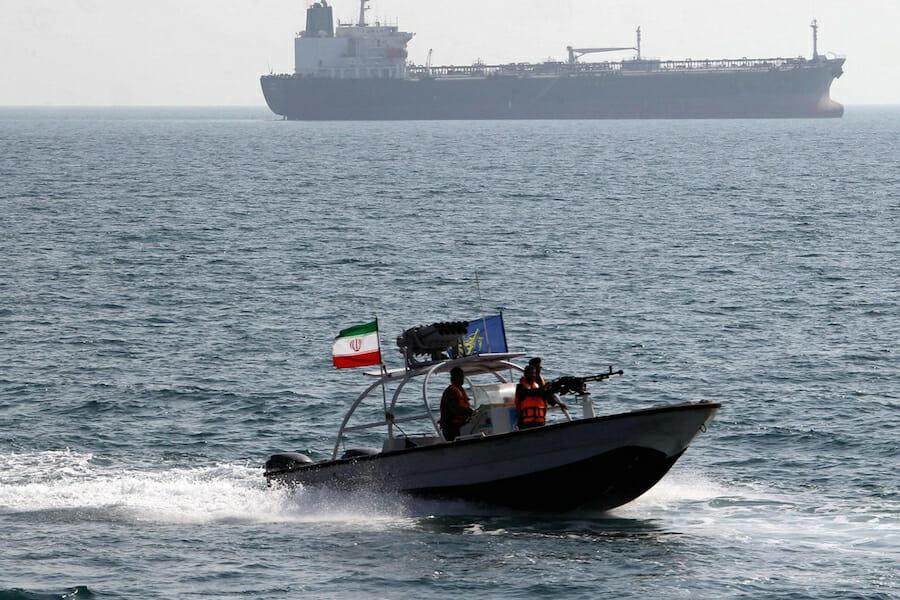 Iran’s foreign minister on Wednesday warned the United States of unspecified “consequences” if it tried to seal off to Tehran the Strait of Hormuz, the strategic passage into the oil-rich Gulf. — Channel News Asia

“I don’t think he wants war,” Zarif said in an interview at the Iranian mission to the UN in New York, according to Reuters. “But that doesn’t exclude him being basically lured into one.”

“Those who have designed the policies that are being pursued do not simply want a negotiated solution. But let me make it clear that Iran is not seeking confrontation, but will not escape defending itself,” Zarif said further.

The Iranian foreign minister also interestingly suggested the possibility that American operatives or their allies could try “to plot an accident” to create a broader crisis, in perhaps a continued cryptic reference to tensions in the Persian Gulf over the Strait of Hormuz.

Earlier Zarif addressed jostling over Persian Gulf access at an Asia Society event in New York, while there attending a UN session, but underscored that Tehran is “open for dialogue.”

“If the United States takes the crazy measure of trying to prevent us from doing that, then it should be prepared for the consequences,” the foreign minister warned further. 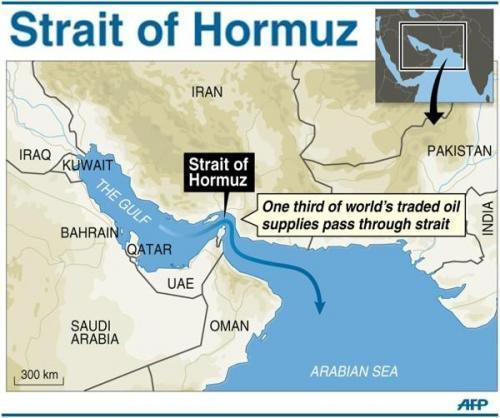 Zarif’s words are alarming, given Iran itself has already threatened multiple times, including very recent declarations, to block the vital oil trade route altogether (through which some one-third of global oil shipping passes), but especially considering the IRGC is now officially designated a “terrorist organization” by the United States.

Thus the White House will no doubt receive any ultimatum related to the IRGC as tantamount to a terrorist group holding the keys allowing passage through a crucial oil shipping line.

Along with tightening sanctions the White House has indicated it will take measures to halt Iranian shipments in international waters wherever its tankers are found. Such bellicose rhetoric has been flying between Washington and Tehran since the Trump administration first pulled out of the 2015 Iran nuclear deal last May.

Further addressing the tightening sanctions noose on Wednesday, Zarif said, “We’re allergic to pressure.” He added, “Try the language of respect, it won’t kill you, believe me.”

The whole world has to take a side. This is it.

The illegality of Christianity is not due to “Atheists” it is due to Jews. Jews are the ones who have a deep historical hatred of Christianity. Atheists don’t really care about other people’s religions, they simply reject believing in Judaic religious bullshit.

I thought anti-theist are a new age invention heavily promoted by Jews. I know not all anti-theist are Jews. I just understood that a bulk of that movement is heavily influenced by them.

The Jews try to infiltrate and lead every movement or school of thought that exists in society for their own benefit whether those movements are Jew created or not. Even within the most hardcore anti-Jew communities you have a ton of false opposition Jew created shills and organizations trying to mislead the movement. Atheism is not really a school of thought or a movement, Atheism is simply the rejection of existing mainstream Abrahamic religions. Atheism itself doesn’t have a doctrine or a set of belief systems.

Yeah, christianity, the gap between reality, history and what it is suposedly standing for, is becomed muddy water, because previously, they where an force, from education to banking, judge and jury, millions have died from their swords, and some have the mofo nerve to drool something about, uh….. monoteism. And worse, barbars, the “natural religions”, the fact it, I can name you an all father, so old it predates everything you think you know, even Ahura Mazda beats the rest with milleniums, and is the source from where the Torrah and the Old Test have copyed most of their stories from, Zoroastain teaching, the fire within.

The thing is, its an tool, like comunism, the various -isms, genderism, socialism, most narratives raped to oblivion anyway so why use em, you rearly see me use it, apart from using it to point, not much more, because people are to stupid to realise that simple fact, its just mofo tools, the second fact is, political power, they have more than enough cash, moooniers noeo problemo, capiche, its power that matters. I know one thing after all this years, the rabit hole goes deep, and instead of talking whom, we end up debating narratives that have no meaning, to me it all boils down to humanism, what do we want, in an world where the scums fight for their class and we dont. Its an class war, religion, I rearly debate because the ignorance is massive, so massive its just an waist of time, if you dont get the core, I dont waist time on them, it is after all, you own responcebility, not mine.

So, why do we have wars, why do we have this, the facts are simple, resources, thats it, and whom is it, look at the EU, huh, vassals for the NWO kings, the Trump, Bibis bitch, NATO turned into an attack force, backed by bollocks we all know by now, but yet we walk staight into the next war theater, and we end up drooling something about why Crist didnt talk about Football, yeah, what an dick. The third, is even worse, the history is so screwed up its an joke, and never forget this, christians and mulism, incl jews, they lie about everything, and I mean every god dammed thing, history, yeah, its all an bunch of lies agreed upon, nothing else. After 500 years of power tripping the NWO is closing in, never ever underetstemate their ability to be evil, they have no bounderys, they have already been responsible for hundreds of millions humans killed, the worst man slaughter of them all, for 500 years have the bankers run our world and yet you are blind as an bat. I am not that optimistic anymore, the shere level of stupdity and ignorance, after campagnes after campagnes, wars after wars, the same lame explanation or exuse, is what I read this days, everywhere. And you cant see. huh Iran, the persians, again must never forget that they are alone, not because I want it or others, but because of hate propaganda and economic issues, done by the NWO thru their army, the UssA.

The war is coming, mark my words, the tribe wants it, and the vassals is/are jumping, yeah, kicking cans down the raod and fuel economy with wars, how, uh…. medivial.

“Men behave wisely once all other alternatives are exhausted.”

This is exactly what NWO wants, to be demotivated, pessimistic. If IQ on the planet is a constant value, and with each day population on the planet is growing, it means we’re getting stupid in average, but there is a law of huge numbers that says, at least few will be blessed with amazed IQ level. There is another value EQ (empathy). A man can have genius level of IQ, but if the man doesn’t have EQ, what it is (not who)? NWO is attacking EQ on the planet to gain full control, but this control is useless,’cause humans will never be machines. In dark age of human history, humanism and renaissance were born, so this brings us back to the quote of this post.

Israel is forcing the collapse of USA financial systems to have full control over USA.

Israel non Jews administration hates Christians and muslims.Satanyahu wants to wipe out all Christian’s. This is the revenge of Germany holocaust on Israel.

What is it with you Hasbara religious nuts, nothing constructive to say so you start babbling about religion.

War is about money, Iran has oil, liquid money, and America wants to steal that money. It’s not religious except for the moneylenders who smile at the thought of getting more money for their golden calf/bull of Wall Street.