Iran, Turkey and Russia are planning to hold an international conference on the return of Syrian refugees, Russia’s Permanent Representative to the UN Vasily Nebenzya stated on September 11 at a UN Security Council meeting dedicated to the results of the September 7 summit between Russia, Turkey and Iran in Teheran.

“A major item on the summit’s agenda was discussion of efforts to facilitate the return of Syrian refugees and internally displaced persons. We are convinced that an international conference Russia, Iran and Turkey are planning to convene will make a big contribution to these efforts,” Nebenzya said.

He further noted that the Syrian government has guaranteed security to returning refugees.

“One of the major results of the Teheran summit is that its participants unanimously recognized the efficiency and topicality of the Astana format,” the diplomat said. “Russia, Iran and Turkey have demonstrated, not on paper but in real life, that they can find compromise solutions in the most difficult situations. It was agreed in Teheran that such joint efforts will be continued and expanded on a wide range of Syria-related problems.”

Earlier this year, Russia and the Damascus government have started coordinating efforts designed to propel the return of refugees to Syria. These efforts have started from allowing refugees to return from Lebanon and Jordan.

How about letting all the ‘rebels’ in Idlib & Afrin move to Eastern Syria? A lot of problems would be solved & the Kurdish terrorists dealt with once & for all. 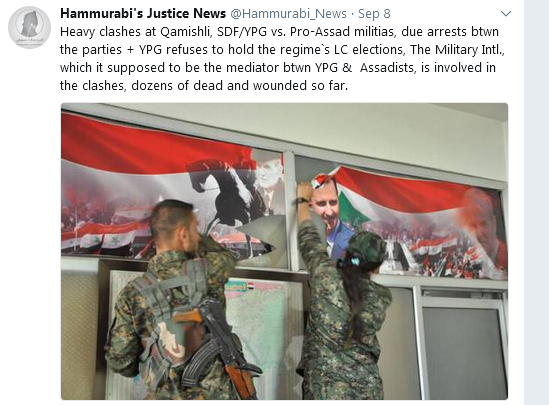 I have a question. Why isn’t SYRIA ever in on these talks?