Just as Iran announced that it is set to breach limits on Uranium enrichment previously agreed to under terms of the JCPOA by Sunday, Iranian judicial officials also announced the imminent sentencing of several suspected US spies who are likely to receive the death penalty.

Iranian judiciary spokesman Gholamhossein Esmaili said on state television Tuesday the suspects are facing execution because of the “severity of their crimes,” as reported by NBC. The unnamed defendants were reportedly associated with the Iranian military and comes after Iranian authorities announced last August the arrest of “tens of spies” within the government, many identified as dual nationals. 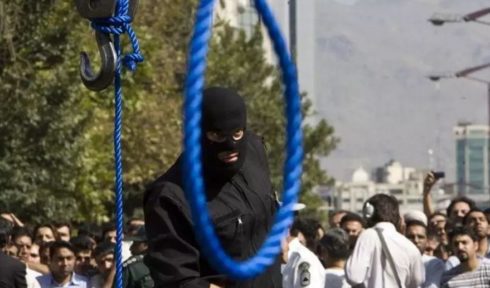 Esmaili confirmed that prosecutors in military tribunals are bringing the death penalty; however he also said, “Two of the defendants, who were not military, have received long prison terms,” but without giving details.

This comes after last month Iran claimed to have executed an individual identified as “a former contract employee of the defense ministry aerospace body” on charges of working for the CIA.

However, concerning the latest trials neither the CIA nor State Department could confirm or deny the reports, which is standard procedure for the US government concerning suspected spies or assets abroad.

Crucially, according to The Hill, “The suspects are accused of spying in military and nuclear bodies,” citing Iranian media reports.

In loudly publicizing such information via state media Iran has been both reacting to the White House’s “maximum pressure” campaign, which has included new crippling sanctions especially on Iran’s oil exports, as welling as showing its own domestic population that it’s playing hardball with Washington. But rather than gaining leverage in the tense standoff, the announced capital crimes spy cases will likely only ratchet tensions further.

When politics affects judgments. It is a bad time to be an innocent suspect

So you have visited Iran before? My partner is Iranian so I have been to Iran to meet her parents. I’m white Australian. Outside of Tehran it has some beautiful cities, beautiful parts of the country. It is a beautiful country. Modern cities with clean and modern subway train system not the graffitied dirty old transit system of some famous American cities with sleazy men sexually harassing women. Asphalt roads and highways. Modern homes with all the modcons. Beautiful countryside scenery of snow capped mountains. And the people are friendly, generous and welcoming. I enjoyed my stay there and her parents are beautiful people. I love Iran. Zionists pigs leave it alone ya bloody mongrels.

Beautiful People, I rate them with the Thais, best in the world.

You forgot to mention that Iranians are intelligent folks….

Luke with mmm don’t have a clue about freedom. Modern American women like to be grabbed at in public transport……………………..…..LOL.

Israel wants Iran to be totally destroyed, as Israel-USA-NATO did with Syria.

Your are a good tool to be use.wrap bombs around you and send you to NATO command center.Because their will trust you and then you go boom wakbar with Trump whole administration.

There is a simple difference between an American citizen and an American spy, you could reflect on it while typing those dots.

I remember one American spy they caught, that wasn’t a spy according to the CIA. The Iranians had pictures of him entering and leaving Abu Ghraib prison.

In other “Unmentionable News” for the third of July. The USAF flew a RC-135-V, Rivet Joint, that’s a SIGNAL Intel. plane over two Iranian islands, Sirri and Abu Musa. On top of that, the planes transponder was set to send out an Iranian air ship signal. Now you might think that was an attempt at goading the Persians into blowing it away, which would be their right. Of course that would be just the excuse needed for a 4th of July war, to go with the parade. Thank you Persians for not falling into that trap. Thank You so very much.

Well we all know your a little sick, but not as sick as those who start wars.

Which one is you?

The one who fucks your mom

where’d u read that?

MoA – On Eve Of 4th Of July Parade U.S. Attempts To Lure Iran Into Shooting Down Another U.S. Plane

Ouch!!! They should not have been spying! Now they have to pay…

Please hang Erdogan,Putin and Trump. Erdogan is Syrian land grabber.Putin and Trump has a agreement of using Syria as weapons testing ground.

Spies are always traded or hung. I suppose Iran can’t trade them because of the American sanctions.. ;)