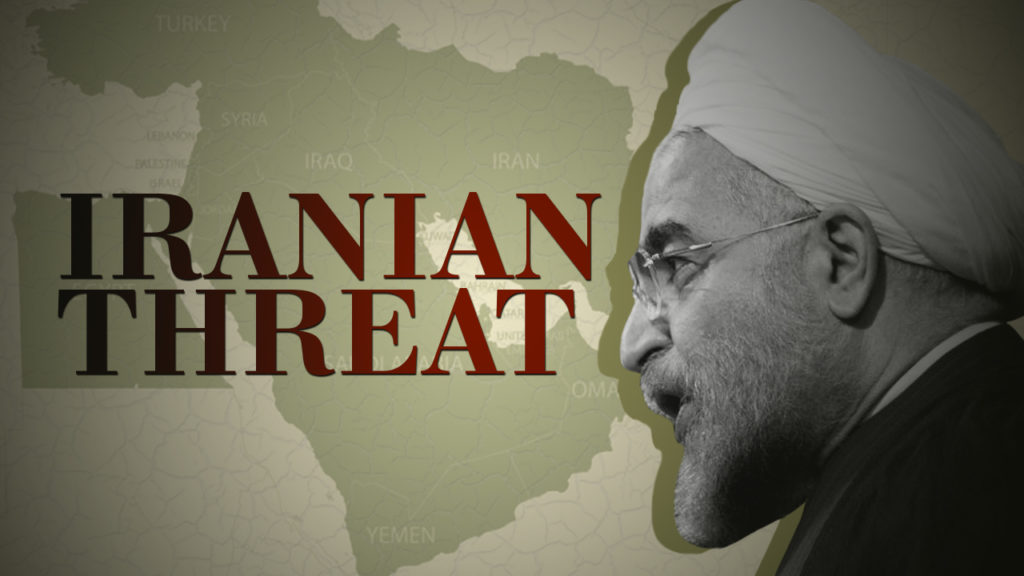 On November 29, Iranian Parliament decided to speed up the consideration of the bill that supposes to increase the level of uranium enrichment.

As a “double urgency”, it was ratified with 232 votes from a total of 246 MPs attending the session.

According to the Tasnim Agency, the final vote on the adoption of the law may take place on December 2. The decision to speed up the consideration of the document was made after the assassination of top Iranian nuclear scientist Mohsen Fakhrizadeh on November 27. 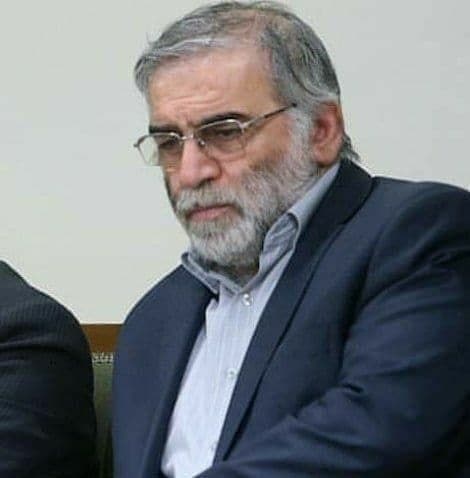 The Iranian Majlis (Parliament) has voted to speed up the consideration of a bill that would oblige the authorities to produce at least 120 kg of uranium enriched to 20% per year. The Joint comprehensive plan of action (JCPOA) allows Iran to enrich uranium to a maximum of 3.67% within 15 years.

In addition, Iran will have to put into operation one thousand additional centrifuges at the Natanz and Fordo nuclear facilities within a year. The bill also supposes an immediate return to the project for the reconstruction of the Arak nuclear reactor, which existed before the signing of the nuclear deal. 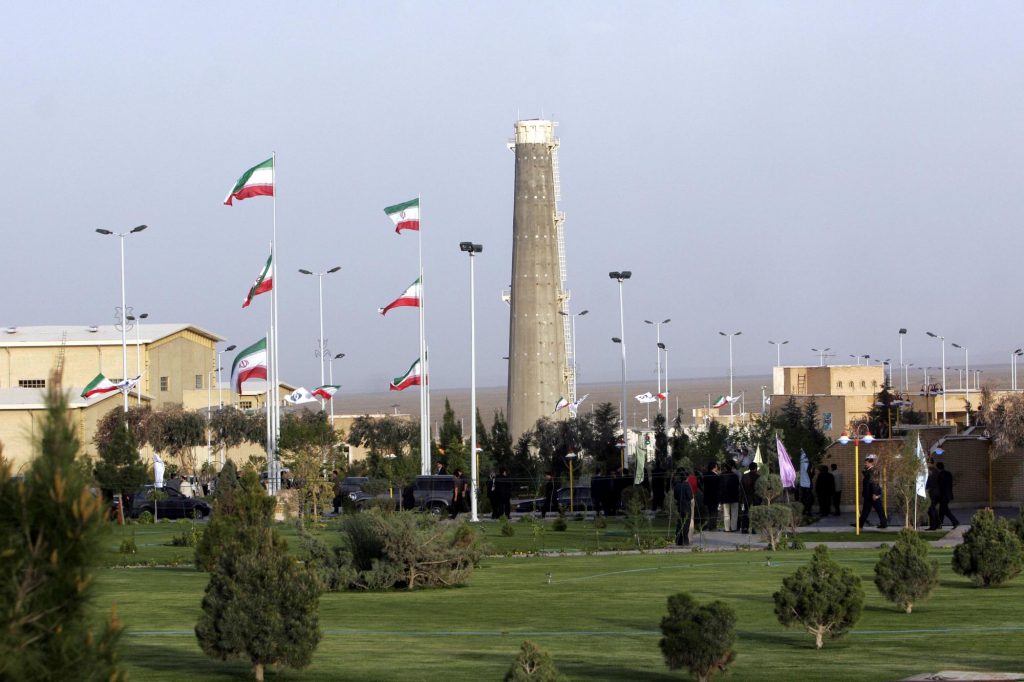 The Iranian Majlis pointed out the necessity of “strategic action” for lifting of the sanctions after the failure of the Joint Comprehensive Plan of Action JCPOA, as the European party do not fulfill Tehran’s interests.

According to the Chairman of the Parliament’s National Security and Foreign Policy Commission, Mojtaba Zonnoor, the sanctions against Iran were supposed to be removed under the JCPOA, but they were reimposed by the US although Iran was fully committed to the deal as several reports from the International Atomic Energy Agency affirmed Tehran’s compliance.

Besides the revision of measures regarding the JCPOA, the bill contains the suggestions about Iran’s withdrawal from the Non-Proliferation Treaty, whose objective is to prevent the spread of nuclear weapons and weapons technology.

Any refusal to carry out the law or prevent its implementation will be criminalized according to the bill. 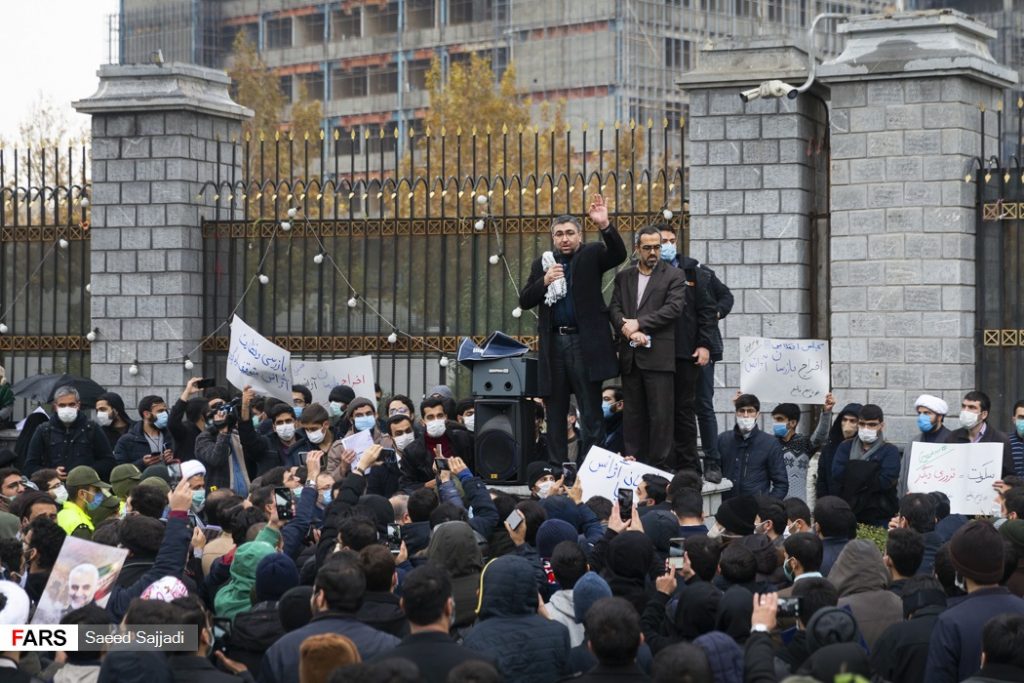 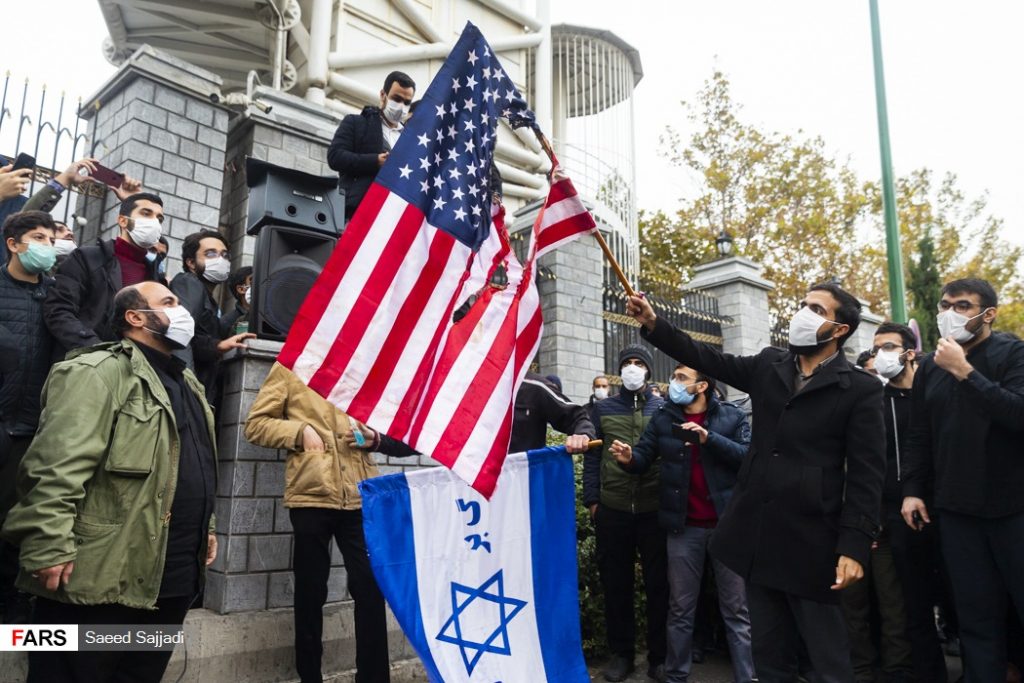 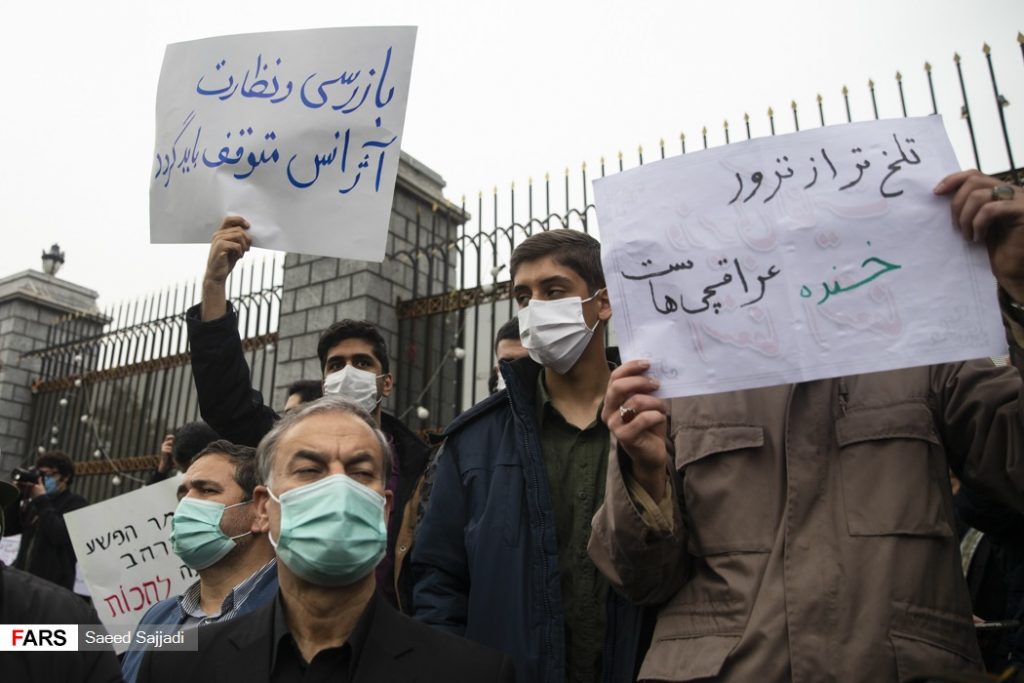 At the same time, protests continue in Iran demanding to take tough retaliatory measures after the murder of Mohsen Fakhrizadeh.

Today, the city Council of Tehran voted to rename the street where the Ministry of defense is located in honor of the slain scientist.

correct YOUR mistake in the article….

“Uranium enriched to 20% can be used to create nuclear weapons.”

that is a false and FAKE NEWS!!!

The statement you “quoted” from the article, “Uranium enriched to 20% can be used to create nuclear weapons.” does not exist in the content of the article. You are a liar. A pitiful liar to ask a correction be made for a mistake that does not exist anywhere in the article. You are aware you’re reading a news report, not some Western media opinion piece, right ? Report to your pretender handlers, and tell them they’re overpaying you. Then demand they accecpt the shekels you’re returning.

90% enrichment is needed for weapons grade.

Maybe they forgot to put the qualifier 20% enriched is the break out point where uranium can be enriched higher at negligible time.

Thye work hard to have less friends and are quite succesfull.

nobody wants fake amerikan friends except their incompetent colonial serfs

You kill you cry.

You worked hard to damage diplomacy.

Sure, Which one of the 1001 Holy ioighs excuses is that ?

Alrite, You can take off a 1 from that 4 digits.

No qualm in that!

cut a corner and buy the necessary number of missile ready nukes from kim jung un – I’m sure he will be agreeable on the price, favourable oil supply from china to avoid the cargoes being intercepted by the white house morons.

Why not buying directly from China if they want to help?

Have the Sino-Iranian Security Trade deal been signed?

I have no idea.

Not yet. After the next Iranian election in May 2021, it is a contentious issue.

If they get a nuke, they probatly will detonate it in Teheran Airport:)

Frankly, Iranian would be stupid not to acquire nuclear weapons considering the existential threat they face.

Our Azerbayjan and Turk cousins have taken care of the problem. Mazal Tov!

If North Korea has Nuke…I am sure that Iran have built some Nuclear warhead…obviusly they dont test in Iran..they have tested it in North Korea..both countries are partners in this area….

Well, it seems the USA is going at them anyway.

I read that in the upcoming elections, Israel will set up polling stations in Tehran, for the hundreds of Mossad agents stationed there (I’m just kidding, they’re voting at the British Embassy ;-).

Thats a good one ?

You stupid Jew is obsessed with Iran.

With a name like yours, you shouldn’t call others stupid.

Pompeo would probably be a top scalp.

They should also temporarily suspend IAEA inspections until the nuclear deal is fully reinstated.

What was the point of killing Mohsen Fakhrizadeh? Iran would just stop…LMFAO, I don’t buy that Mohsen was the only “mastermind” behind Iran nuclear energy…ofc not why would they (Iranian) tell fuking UN/IAEA about him. After 2012 terrorists act from MEK/Zion Iran should have a better safely network for their nuclear researchers. Iranian are very smart people I’m sure someone even better take Mohsen place. Best of luck to them and fuk zion/Wahhbi shitheads.

It took them moss hats 20 years. Yea 20 years to figure our and make a better resolution of Dr Mohsen Fakhrizadeh.

To find out the rest, they have to wait another total of 500 years.

Nice censoring SF, i dunno which side you are from now on, but neutral it isnt anymore. Every day you seem to be more pro-u.s-regime

ffs get the nukes – buy from north korea. it’s an existential necessity if they are going to get the friggin jews in palestine. over the last 40 years the jews have threatened Iran over and over again and at the same time stolen about 75% of palestinian land, taken it off the land that once was palestine. england as protector of palestine after ww1 never had any right to give away the land they were supposed to protect to anyone, which they did. moreover the jews have been in breach of the blfour declaration from day one since it is stipulated that the jews shall respect the palestinians. but as alway, it came to nought since jews are incapable of honouring any agreement, since lies and deceit is part of their dna, and murder and limitless avarice as well.

the world will be a better place when the jews are decimated to zero.

The West trains, pays and harbours terrorists and they have been set upon Iran which means that the West have violated the JCPOA and frees up Iran to go to the next level to secure their country. Whether they will manufacture nuclear weapons remains to be seen.

Iran needs to test a nuke.

Iran either need to shut its nuclear program down or test a nuclear weapon as this is turning out to be very costly in terms of sanctions and assassinations.

Iran won’t do any of that.

Iran trying to come out of oil based energy production. Much like UAE and KSA with their own nuclear program for energy generation.

Look at Libya. A hornet nest next to southern europe.

Iran will remain a punching bag for the US, British and Zionists until has the bomb.

Iran will never get a bomb. No utility.

US, brtis and zions need Iran for internal politics.

Their head mullah Khamenei in his infinite stupidity has called nuclear weapons “haram” or illegitimate and banned them, while Pakistan and even Saudi Arabia, the birth place of Islam is racing to get nukes. Iran is bringing a lot of misery upon itself for nothing. Either test a nuke or shut it down as the Israelis and US will keep on killings its scientists and military personnel.

Iran is going tough on the Anglo-Sax Empire. In a show of force out from a position of strength against the Zionist murderers, a street in Tehran has been renamed after the Scientist.