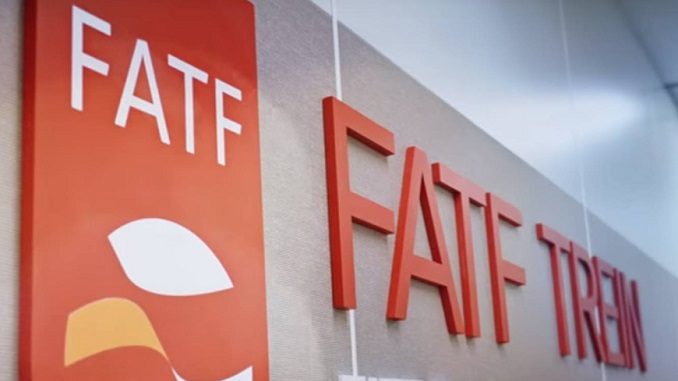 Iran is expected to be sanctioned by the Financial Action Task Force, for financial terrorism, the WSJ reported on February 20th.

The designation will add to the economic trouble the country is undergoing from the United States’s “maximum pressure” campaign against the “Iranian regime”.

Another country that’s blacklisted by the Paris-based organization is North Korea.

European countries have not joined the U.S. in the campaign but have now signaled support for the Financial Action Task Force’s new measure.

The task force comprises 39 countries and organizations and was formed to penalize money laundering and the financing of terrorist and criminal organizations.

Representatives of the member countries have been meeting this week and will hold a full session on February 21st to finalize the decision on Iran.

“Iran has failed to fulfill its commitments,” Secretary of State Mike Pompeo said in a statement before the task force’s meeting. “It is past time for Iran to complete the action plan it agreed to in June 2016 or face the full reimposition of countermeasures.”

Essentially, with Pompeo there, it means that the decision is almost entirely a result of US pressure within the task force.

“The United States was pushing for the toughest position, while other countries like China and Russia preferred something more flexible,” said a European official, cited by the NYT. “The Europeans were looking for something in between.”

The decision would include Iran under the “call for action” designation, which North Korea is also subject to. The sanctions would put further restrictions on Iranian businesses and reviews of financial transactions tied to the country.

Non-compliance with the requirements of the Financial Action Task Force could result in the closure of all Iranian bank accounts around the world, Mahmoud Akbari, an expert on international relations said.

Essentially, all accounts of Iranians that weren’t affected by the US sanctions would now also be affected by a separate set.

“Despite the US sanctions, some countries have kept the governmental bank accounts as well as the accounts of Iranian citizens intact,” but the Paris-based financial crime watchdog could ask member states to apply countermeasures if it decides to blacklist Iran in its ongoing meeting.

Amendments to its Counter-Terrorist Financing and Anti-Money Laundering acts have already been enacted in Iran, but the bills to ratify the Palermo (Convention against Transnational Organized Crime) and Terrorist Financing conventions have been passed by the parliament and but not yet endorsed by higher authorities, namely the Guardians Council and the Expediency Council.

In October 2019, the global organization gave Tehran until February 2020 to comply with the taskforce’s provisions before sanctions are imposed.

Akbari said, “The situation is in favor of Iran’s arch-enemies, the US and Israel, which want Iran to surrender under tremendous economic pressure.”

Iran could potentially still avoid the sanctions, but it doesn’t appear as if it plans to.

“Time is moving fast, but a last-minute reconsideration by the Expediency Council [to clear the way for] enacting the remaining two amendments can avert further economic pressure,” he said.

Iran was removed from the body’s financial blacklist in 2016 with the expectation that it would adopt further anti-terrorism financial measures. Since June 2019, the FATF has gradually re-imposed discrete countermeasures on the Islamic Republic—first requiring increased supervisory examination of branches of Iranian financial institutions and then introducing enhanced relevant reporting mechanisms and external audit requirements—coupled with threats to proscribe the Iranian financial system.

Remind me. What has Iran done to deserve this economic terrorism?. Refused to bow a knee to the greatest terrorist nation on the planet. The USA.

You answered your own question. But note it has been designated a state sponsor of terrorism. It is in violation of UNSC resolutions against ballistic missile development. It daily threatens the US, UK and Israel with death. It continues a nuclear program that can have only one goal, nukes in violation of international agreements it signed. And the list goes on and on. But better to bankrupt the Islamists than bomb them into complying with international law.

What utter and complete propaganda and fibs. You need to start educating yourself, not least about the nuclear pact the US smashed. I’m a Brit. Iran doesn’t threaten me – never has. It doesn’t sponsor the terrorists in Britain. The ones that slaughter us. All sponsored by the USA and its mates. All sponsored by the USA, Israel, Turkey and other supporters of ISIS and Al Qaeda and fellow killers. So which nations has Iran invaded?. Which nations has it attacked?. What nations has it imposed sanctions on.? You are a brainwashed twerp I’m afraid. How many nuclear weapons has it got – all reported to be aimed at every European capital by the way?

Keep drinking the cool aid. You must be close to choking on it as you glug it down in such copious quantity..

LOL…such diversion and bull crap. And if you’re a Brit that would be strange since you can’t read English. If you could read English you would note that I said Islamist Iran has a nuclear program that made sense only if aimed at developing nukes, NOT nukes aimed at anyone. And Islamist Iranian Cool Aid seems to be your treat of choice along with a lot of other folk around here making believe they are from countries they are not from, it seems. Not to mention all the tinfoil hat unicorns you cite.

Your assertion is false, good sir. There are no UNSC resolutions explicitly forbidding Iran from developing ballistic missiles. How on earth can Iran be in violation of non-existent Security Council resolutions? These new sanctions are basically a continuation of the Trump administration’s “maximum pressure” campaign against Iran. Only time will tell whether Mr Trump and his advisors are excellent strategists or reckless amateurs.

He is a liar. Like his masters, he thrives in chaos, lies and violence. Notice how shameless he is in spewing his fantasies without a bit of shame.

Cite a lie of mine that your can price is a lie or apologize.

You are not a liar. I apologize. You are a super liar. “But note it has been designated a state sponsor of terrorism. It is in violation of UNSC resolutions against ballistic missile development. It daily threatens the US, UK and Israel with death. It continues a nuclear program that can have only one goal, nukes in violation of international agreements it signed.” Who has designated Iran a state sopnsor of terrorism? Surely not the UN. If you say the US or Israel, then it doesn’t hold. How can the champions of terrorissm call others terrorists? The JCPOA didn’t forbid Iran from developing ballistic missiles. There is no nuclear program. The US intelligence agencies agree with this.

joke321 is of the leper colony and not worth your time and/or trouble – he most likely writes from tel aviv and his sole purpose is to cause disorder and entice regular and sensible commentators from the rightful streak. he’s nothing but a turd ,

46000 comments and no likes. it would tell you something,

Guess you are as clueless about the Disqus Down Vote Bot as most else. But I do like to bring a little reality and counter-view here. Sorry, Snowflake, if it disturbs your safe space. And your calling for genocide “sensible” is a wee bit demented. Your calling for the murder of my family and myself simply isn’t very nice. Your calling for a forceful destruction of Israel, the Jewish National Homeland, is down right suicidal. I could go on but even you can get the point.

I down vote him every chance I get.

You arrogantly show your ignorance yet again. Or you just like to lie.

Its not the USA love , Its the Rothchild’s Rockefellers, Carnegie’s, Kissinger and Gates. Their inbred minds are the brainchild of the luciferian doctrines forced unto the World. Americans are sadly too Narcissitic to be deep. America is just a marionette of those Enemies to humanity.

Economic sanctions basically means “who trade with them doesn’t trade with us”.

nah…it means ..in the modern era….” who trades with them doesn,t trade with anyyone “… so many renegade States are entitled to that fate…like Egypt , the Clown Prince,s Saudi Arabia..the gentlemen in Tel Aviv…. Maybe they started at the end of the list , instead of the top…

The US is funding organisations considered by their own country to be terrorist organisations. That’s a more important fact.

My mistake, so presumably the FATF is going to deal with the US funding of terrorists next? They’re just getting rid of the small problems before they tackle the big ones? C’mon guy, I know how plausible deniability works, you ever heard of the RICO act?

someone should aim a rifle at pompeo’s head and take him out soleimani style – won’t be missed by anyone.

another issue that the world community should consider is that the jews in america and the jews in england and the jews in palestine fucked up jeremy corbyn’s chances of winning the last election in england, the one´boris fixed in december last year. labour’s sad result was entirely due to the jews the aforesaid places managed to discredit corbyn to an extent hardly seen before. that can’t be allowed to be forgotten and the world needs to avenge the jews dirty tricks and the best way is actually the anti-zionism and allow that to take place wherever a jew is found. the world is not safe as long as the jews are allowed to set the narrative.