Iranian President Hassan Rouhani warned this week that Tehran may abandon the 2015 nuclear deal, also known as the Joint Comprehensive Plan of Action (JCPOA), within hours if the U.S. continues imposing new sanctions. In a speech to parliament on Tuesday, Rouhani said Donald Trump was “not a good partner.”

“Those who try to return to the language of threats and sanctions are prisoners of their past delusions,” Rouhani also said in a televised address. “If they want to go back to that experience, definitely in a short time, not weeks or months, but in the scale of hours and days, we will return to our previous situation very much more stronger.”

Despite Iran’s reported compliance with the JCPOA, the U.S. legislature recently voted overwhelmingly in favor of slapping further sanctions on the Islamic Republic. Donald Trump is also looking to derail the nuclear deal, already alleging that Iran is noncompliant with the JCPOA despite the fact that he certified its compliance just last month.

As the New York Times explained, the U.S. is trying to force Iran out of the nuclear deal:

“That would be an outcome welcomed by the Trump administration. Top officials like Mr. Tillerson and Mr. Mattis have expressed concern about the effect on American relations with European allies if Mr. Trump were to unilaterally pull out, especially after he already announced his intention to back out of the Paris climate change accord that Europeans strongly support.”

“But some advisers to the president argue that if they can provoke Iran into being the one to scrap the nuclear deal, it will leave the United States in a stronger position.” [emphasis added]

It appears this is the provocative policy the Trump administration is currently pursuing. Analysts examining this current news story should necessarily pose the question: why derail the nuclear agreement if Iran is complying? And to what end?

Regardless, Rouhani said Iran would still prefer to stick with the nuclear deal, calling it “a model of victory for peace and diplomacy over war and unilateralism.” As an apparent realist, however, Rouhani warned there were other options.

Iran is already preparing for the collapse of the JCPOA. The country’s parliament recently voted overwhelmingly to increase spending on Tehran’s ballistic missile program and the powerful Revolutionary Guard in retaliation for the new sanctions the U.S. has slapped on the country. According to Al-Jazeera, some politicians even chanted “Death to America” as the vote results were announced.

“The Americans should know that this was our first action,” said speaker Ali Larijani after announcing the majority vote in favor of the package on Sunday.

The JCPOA does not account for Iran’s missile tests, and many media outlets agree that Iran is not violating the agreement by testing and developing its missile technology. To date, the country has only launched one missile into another country’s territory — unlike the United States, which is currently bombing at least seven countries and considering bombing at least three or four more. Earlier this year, Iran launched a missile strike in Syria in response to a terrorist attack on its own soil ( one should note that Iran’s military presence in Syria is authorized through Iran and Syria’s mutual defense arrangements).

The U.S. has been looking to invade Iran for decades, and Iran has no desire to turn into the next Iraq. Regime change has become an official policy of the Trump administration even though Iran is regarded as one of the only politically stable nations in the region.

Get out of this deal and make a referundum about nuclear weapons and give a middle finger to USA.

Trump is doing what Netanyahyu, the “baby killer” wants him to do. Absolute sheer madness it is. Israel again and again wanting this war with Iran but only if big daddy backs it up; otherwise it is a coward of a country. It will kill children and bomb kindergartens and schools but will not attack real men if “big daddy” is not leading the way. Heaven help us with goons like these pulling the strings. Anyway, Iran is capable of suffocating israel within minutes of any conflict, so is Hezbullah. With “big loudmouth, bad breath daddy” it will take a bit longer . . . but just like the Vietnamese did to the Yanks, the Iranians will pummel them eventually into the ground. The “Trump Card” will eventually become a “Queen of Spades . . . a blunt one with a broken handle . . . in Netanyahu’s blood stained hands

Saudi Arabia, israel and USA have a common interest in destroying Iran.

I am an American Patriot, and I have every interest in seeing all Republics thrive!
American was founded as a Republic and Iran is also a Republic.
Kingdoms are Americans enemies.
Such as the kingdom of Saudi Arabia and the kingdom of the UK-Empire.
Millions of Christian prayers around the word go out to our Monotheist brothers of Iran.
They are the image of National Morality that George Washington and Tomas Jefferson had envisioned should be created.
http://ihr.org/

Why…WHY in da fuc would we put sanctions on Iran? I am an American , Vet, tax payer, and I do not want to harm Iranians in any way. and while you are at it, cut the threatening of N.Korea. Let Asians handle Asians.
If my Government wants to kick ass, arrest all those folks wearing mask to protest, promote Free Speech, Instead of trying to BULLY other countries.

That Blucross is ….such a mans man, well if I found out he wrote a book, I’d jump right into Amazon to pay 3.95 for ‘Slick Driver’ , when the Gods of war came flying, to drink the Joy and the Terror of men killing men.

US is run by Zionist Jews, that’s why

if iran quits the deal, will be destroyed. alaso russia will not support. this is not good, but irans enemies are 167x stronger then iran. for yanks is enough to destroy the indstrial capacities of the land. they dont need senf troops. and the military-indastry complex will be happy.

Best defense against monster – Nuclear Weapons. North Korea got it right More than 50 years ago

Just wait a few years and then get some nuclear warheads from North Korea and put tuem on your rockets. This is obviously the only thing the US understand, diplomacy is useless, just get nuclear weapons so the overwhelming US army power doesn’t play a big role.

Trump seems to forget this won’t get him out of any political mess he is in right now , the only way is to get the UN SG Gutierres to make a vote in the UNGA to remove the US and Coalition forces from Syria and fully comply and then turn the tables on the Neo-Con jobs running the show.

True , and it would be helpful to not have 95% of all media and entertainment outlets ready to spit out half-truths against you.

I agree. Don’t know if you listened to the interview with The Saker, but I believe he was right in one respect to Trump. If Trump had done what he promised in regards to Syria and Russia(especially Russia)and had stuck to his guns and called on Americans to back him up, he could have been the leader he led us to believe he was. I believe he would have been able to succeed, even to the point of winning over those that did not vote for him. Unfortunately, Trump turned out to be either a phony or gutless wonder. Aborting this deal will not do Trump or the US any good at all. It will only serve to do what he has been doing up to now…kissing a certain country’s ass and submitting to the Neocons, which we will live to regret.

Dear Iranian brothers ; please do not fall into the American “emotional trap” .
Do Not give the war hawks in Washington a reason to attack Iran .
Real war and Economic war , are vastly different .
With a big heart you protect your people ; stay cool headed .

Israel is to blame all this shit comes from them…for the baby killer all this….

Iran should have a meeting with the other members of the JCPOA and have them dismiss the US from the agreement, then impose sanctions against the US for their failure to uphold their end of the agreement. Most likely won’t happen because a majority of the JCPOA are US vassal states, but the JCPOA is now considered under the UN as International Law so the UNSC will have to side with Iran.

Iran is very stupid if they do this as such sanctions won’t hurt Iran significantly now and they will make America and racist supremacist Jewish Israel look really bad even to the most stupid Goyim slaves of Jews h and further drive a wedge between Europe and world racist Jewry. Better to challenge them at the WTO legally to bring down the WTO and to more fully integrate into the Russian Chinese economic and military sphere
h 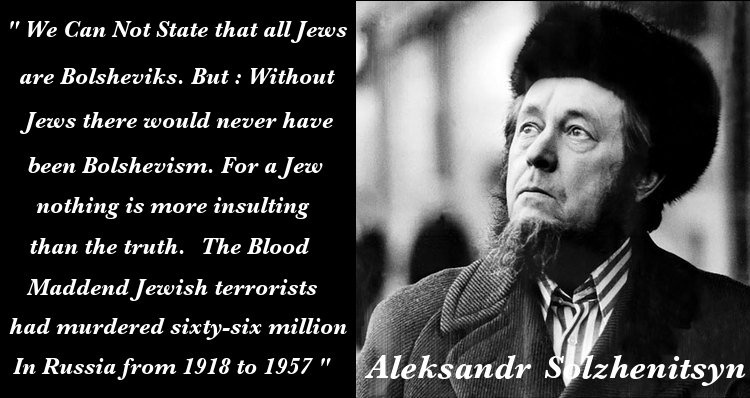 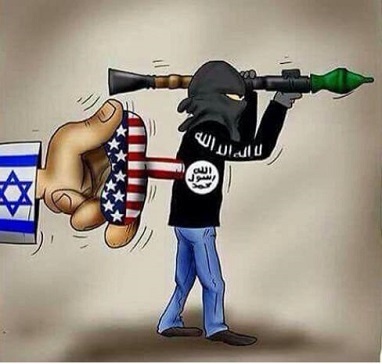 Once you quits Zionists USA =Nato UN organization which is Russian and China trap hous were Americans strap them then you are free from any contraband.You are not attach to any rule or regulation.