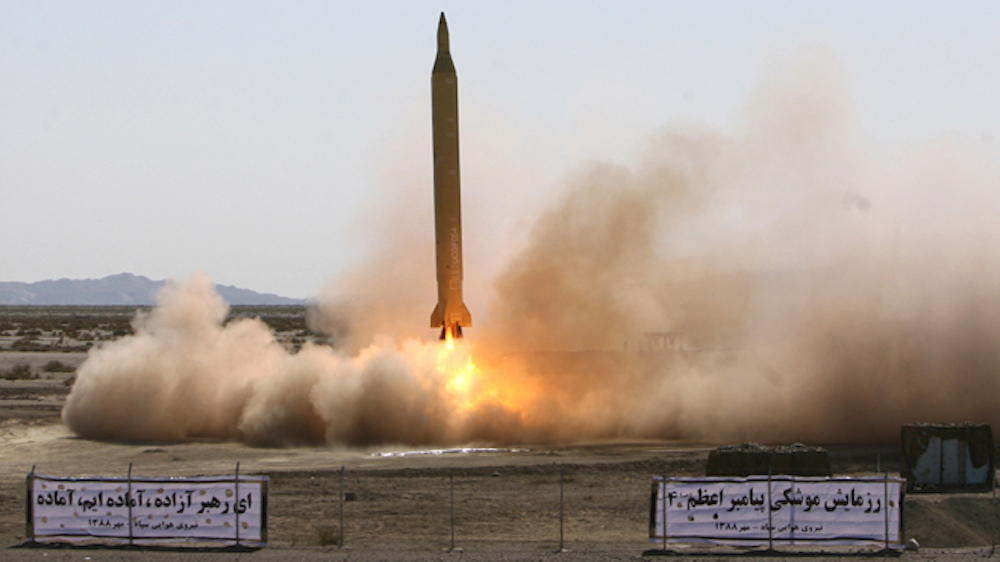 “Our country is always the arena for testing a variety of defense and strategic systems and these are non-stop movements towards the growth of our deterrent power, and yesterday was one of the successful days for this nation,” Tasnim News Agency quoted Maj. Gen. Salami as saying.

The IRGC commander didn’t reveal any information about the new missile’s type or specifications. In most cases, Iran reveal such details.

The U.S. Department of Defense, which usually report any new Iranian missile test, has not commented on the matter, so far.

The Iranian missile test comes amid high-tension with the U.S., which stepped up its military, economic and political pressure on the Islamic country over the last few months.

Iran is free to test anything on its own territory, the US recently tested a medium range nuclear capable missile yet who will get criticised here not the US.

Good, those missiles will ensure Iran safety from terrorist Israel, US & NATO.

except they wont, Israel knows exactly how to deal with the terrorist state of iran

How? an extra issuance of adult diapers to the IDF? I guess that Depends.

simon, there will be another holocaust. this time a real one. are you sure , a single yew will survive, Simon?

let’s hope we see an Iranian ICBM or nuclear test soon :) MAJOR zionist tears would follow it would be worse than a holocaust memorial XD

you better hope not, or else Israel will put to use all their F-35s in less than 1 hour :)

About its flight time. lol

LOLOLOLOL the F35… You gotta be Shiiting me. Our(US) largest military turkey we ever cooked…

… and Iran and Hezbollah shoot 150,000 missiles only at at Israeli chemical factories… Where is that large ammonia factory, down there by TelAviv?

A nuclear test would freak out Israel big time they may even lose the plot & do a massive pre emptive attack.

Time for a nuclear missile test on Israel first then :)

sure from the Caspian Sea it should easily reach tel aviv and haifa and the refinery there and other places in palestine – the iron dome will prove to be the iron doooooomandbooom !!

no bid deal. Israel has at least 1000 Jericho III icbm missiles aimed at Iran in case they pull anything stupid :-]

Would probiotics cure that problem? … It might take penicillin…

Without unprecedented military and economic support from the U.S. Israel would just be a strip of Desert and the Dead Sea; dead as a door nail.

So, why are you then making illegal attacks in Syria, Iraq, Iran and all other the world? True, Israel has all the deterrence it needs to fight back any conventional attack, you even got nuclear weapons and the NATO behind. So, when as you say, Israel is safe anyway, why are Bibi and US always fearmongering? Why you attack Iran and want to regime change it anyway, even though Israel is already well protected? What is that cultural thing, that drives your policy? Supremacy? Hate? Fear?

The IDF is fondly known as the diaper army… well known to evacuate their colons in time of stress. The old saying an army marches on its story doesn’t apply to the IDF, they march on their Depends… The old wet britches brigade… LITERALLY.

The better to sniff out shekels to steal…