Syria and Iran have concluded five agreements on cooperation in the economic sphere. 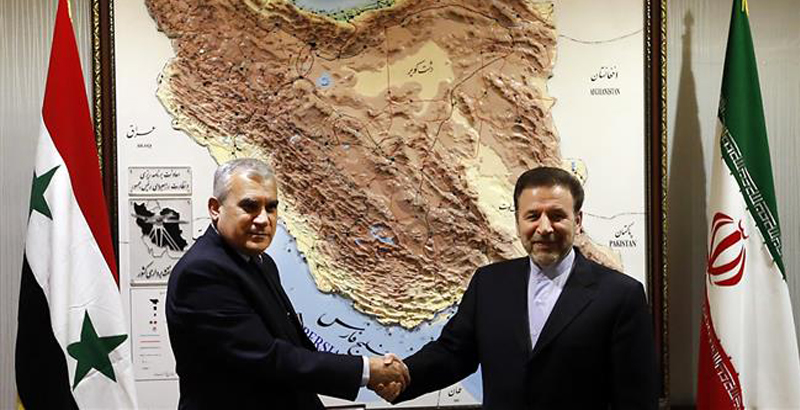 Iran and Syria concluded five intergovernmental agreements on cooperation in the economic sphere, the Iranian IRNA news agency reported. The documents were signed in Tehran on Tuesday by Iranian Minister of Economy and Finance Ali Tayebnia and his Syrian counterpart Adib Mayyaleh in the presence of Iranian First Vice President Ishaq Jahangiri and Syrian Prime Minister Imad Khamis.

Reportedly, the Syrian Arab Republic promised to give Iran a license for operation of the country’s third mobile service provider and provide a port for Iranian companies. The Syrian government also agreed to hand over to Iran a phosphorus mine in Syrian al-Sharqiya, give the country 5,000 hectares of farmland and allow the Islamic Republic of Iran to set up a petrol terminal on 5,000 hectares of the Syrian land.

Apparently, the new petrol terminal is needed due to the fact that after the Syrian government lost its own oil fields, Iran became the major supplier of oil to Syria, the main Syrian oil refinery, located in Baniyas, uses Iranian oil. Considering the fact that the main part of Syrian oil fields were captured by terrorists of the Islamic State (IS) group and many of them were subsequently destroyed, this dependence of Syria from Iran’s assistance in the form of energy supplies will continue for a long time.

On Wednesday, during a meeting with Syrian Minister of Economy and Foreign Trade, Adib Mayyaleh, in Tehran, Iranian Minister of Roads and Urban Development, Abbas Ahmad Akhoundi, said that the Islamic Republic of Iran is ready to take part in reconstruction of ruined Syrian regions.

“Expansion of bilateral relations, planning of restoration of Syria, and Iran’s assistance to projects for reconstruction of the country, creation of joint economic and trade committees are on the agenda,” Akhoundi said.

He also noted that the most part of the country’s infrastructure, including roads, ports, airports, water and wastewater treatment plants and power stations, were destroyed and made a suggestion that as the first step, Syria should register these destructions in the UN, and as the next step, Iran will take part in preparation of an action plan for the reconstruction of Syria.

Akhoundi also said that the security issue in Syria is the main problem for presence of the Iranian private sector in this country and added that “participation of the public sector in these conditions is more approachable, and Iran is ready to put extension of trade agreements between the two countries on the agenda.”

Politicians who are doing there job:which is thinking several steps ahead! In the words of the infamous colonel Kilgore: “Gentleman, some day this war is gone end….