Iran’s Islamic Revolutionary Guard Corps (IRGC) has deployed reinforcements on the border with the disputed region of Nagorno-Karabakh, where a heated battle between Armenian and Azerbaijan forces has been ongoing for nearly a month now.

Commander of IRGC’ Ground Force Brigadier General Mohammad Pakpoor visited on October 23 the border area near Khoda-Afarin County in the Province of East Azerbaijan. Several shells fired by the Azerbaijani and Armenian forces fell there in the last few weeks.

“Although a number of shells fired in the Karabakh dispute have hit the Iranian soil, security prevails along the borders and there is no threat to the country,” the commander said.

Brig. Gen. Pakpoor said reinforcements were deployed to protect Iran’s national interests as well as to provide security and safety for civilians in the border area.

#IRGC Ground Force has now officially announced deployment of T-72M1 Main Battle Tanks, BMP-2 IFVs and other equipment from its Imam Zaman Mechanized Brigade of Shabestar in NW of #Iran to the border with #Artsakh/#NagornoKarabakh in #KhodaAfarin & #Azerbaijan‘s #Nakhchivan. https://t.co/qDamz2lXXQ pic.twitter.com/h3ixwppFTn

Azerbaijani forces imposed full control of Nagorno-Karabakh’s border with Iran earlier this week. However, stray fire from the fighting in the region continue to reach nearby Iranian land.

Despite taking defensive measures and releasing a number of warnings, Iran will not likely act against Azerbaijan or Armenia. Tehran has a large Azeri population and enjoys close relations with Yerevan.

Fog of War
Reply to  HitlerWasRight

Iran shipping weapons to a regime and people that openly want to join the West and NATO. Very smart.

Right from the Azeri scum mouth. You should keep your mouth shut, if you don’t I will continue to shut it for you!

Well they did,they may have woken up now.

Is that why both sides ran to Washington for negotiations ? I wouldn’t trust them now.

Despite taking defensive measures and releasing a number of warnings,
Iran will not likely act against Azerbaijan or Armenia. Tehran has a
large Azeri population and enjoys close relations with Yerevan.

While both statements are true, they are not the reason why Iran didn’t respond militarily to these incidents. Iran simply behaves like a sane country that doesn’t look fir a fight. It’s very easy to target and destroy the places where these bullets or shells come from, but what will we achieve by complicating the situation?
There was no life lost (we had a couple of injuries) and so far both countries apologized and promised to compensate for material losses.
Iran tries to limit the clash or stop it altogether, not blowing its flames. But so far 2 security rings are created around the border with the republic of Azerbaijan and Armenia, all the way to Turkey. One thing which is absolutely intolerable is movement of Jihadi mercenaries from there inside Iran.

If the need arises, Iran does not hesitate to pound whichever country that insist on shelling our soil. Iran also has a sizeable Arab-speaking population. Saddam did the same miscalculation when decided to invade Iran, that these Arabic speaking Iranians of Khuzestan will side with him, Well, he was in for a nasty surprise, because the most fierce resistance against his invading army came from the same people until the chaotic country sent military reinforcement and finally pushed back the invaders. What was interesting is that there were countless Iraqis who joined Iran against Saddam (they formed the core of the Badr army) and many later joined the Quds force, like the martyr Abu-Mahdi al-Muhandis.
We also have a large population of Kords, they (Iranian Sunni Kords) are the core of the IRGC force which fights with separatist Kordish terror groups.

We hear many speculations that is case of a clash between Iran and Aliyev regime, Iranian Azeris pose a security threat to Iran. It’s far from it. Despite the propaganda, it’s the other way around. Many in the republic of Azerbaijan wish to reunite with Iran. The Islamic Republic did many mistakes throughout its 42 years, one of them was to allow creation of a country with the name of two of its provinces. The real name of the area north of Aras river (current republic of Azerbaijan) is “Arran”. The exact same thing that the Greek didn’t tolerate with FYROM for the same reasons and succeded.

You keep talking as if both sides did the same thing to Iran this is a lie! You also know the Azeri’s hugged the boarder area so Armenia would not fire back.

You know what I am saying is true, and I am shocked that Iran has let this many violations happen by the Azeri’s while you keep talking about both sides. Stop at least talking from both sides of your mouth! How may Azeri drones have landed in Iran? Some of them deep in Iran, this is not a mistake and you also know this is also true!

Also too maybe not this time but the next time the fears inside Iran are being calculated by the very same forces that are attacking Artsakh now. You also know this to be truth!

The response and inaction as well as no clear guidance from Iran is being watch by all outside Iran. If you think this is just an a local issue? This is as much against Iran by the same forces that gave a green light to this. Nato said this is not their fight but there are now 6 confirmed Nato member F16 in Ganja. But keep spinning this how you like, maybe you impress the Azeri’s but not anyone else!

Iran supported Armenia in the last NK war…Iran knows that Turkey is a NATO member and the Godfather of ISIS and HTS in Syria….. for other side Israel is an important AZ partner!…therefore Iran should be careful about the intentions of both once NK fall under control of them!

This appears to be a prudent defensive move by Iran.

Iran maintains relations with neighbors; they seem to be neutral concerning disputes unless this involves meddling enemies such as SA, USA, Israel 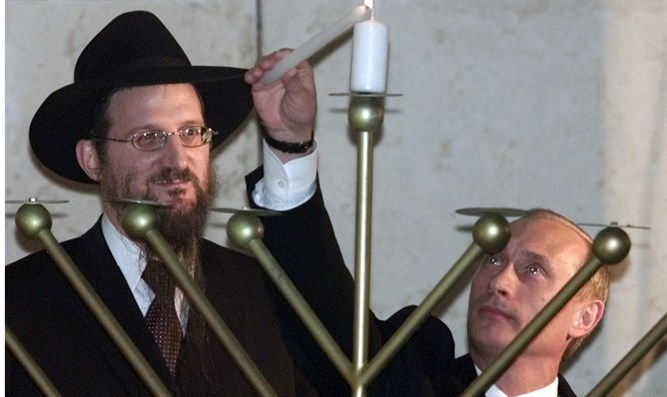 Pan-Turks are a strange lot, you can’t have any kind of discussion with them as long as history, culture or geography is concerened. They claim Sumerians and Egyptians spoke Turkish for crying outloud (something that pan-Kords learnt from them and now they claim the same thing but for Kordi). Turkish dialect entered this part of Iran after Seljucs and became the dominant dialect in Safavid dynasty. I said dialect because Azeri is not a language or Turkish. Even “Turkish” Turkish is not really Turkish! Real Turkic is guttural, where in Turkish there’s no gh (like how a French pronounces R) or kh (like a dutch pronounces g) sounds.
If you compare how a Turkmenistani or Kirghiz speaks with an Azeri or Turk from Turkey you’d understand, they sound like two different languages (much much greater difference compared to Iranian Farsi and Tajik Farsi). Funny thing is, some Iranian pan-Torks love to attach themselves to Turkey while Turks don’t count them Turks at all.

By the way, Shushi (Shusha) was one of the cities where Agha Muhammad Khan Qajar (founder of Qajar dynasty) punished severely after they rebelled (alonged with Teflis (Tblisi) and Ganja, like he did with Kerman and Yazd. His actions combined with expansionist policies of Imperial Russia was the reason those parts separated from Iran. And yes, Shush in Khuzestan is one the oldest cities in the world which is continuously inhabited from very old times, with wonders, like water irrigation and waste water management 6000 years ago.

They (SKOPJE)got the name “North Macedonia” hardly a Greek success….

They were called Macedonia up to a year ago. The change in name was due to Greek pressure.
But I agree, it was better for Greece if there was no mention of Macedonia at all.

this was engineerED by USA to allow them to join NATO

Probably, the measure is taken in case of a miracle, Armenians try to cut the south corridor, to prevent Azeris to run over the border. Lol just day dreaming :)

I raided Trump’s closet and found some Adderall. Interestingly, they are orange in colour. If you can find the hooker, we’re good to go!

Let’s check all the rooms, Ivanka must be around.

Persia is the promised Eretz Israel, we must liberate it with the support our our Khazarian brothers in Azerbaijan. What is Iran?

You Jews are a greedy bunch aren’t you. Can you tell me what your endgame is?

Their end game is described in the Revelation, Wise ones will become Christians while scum will burn in hell.

bravo iran…continue keeping the armenians hopes up so that they will fall down terribly:))

They’re not giving anybody hope! They’re protecting their own border.
Do I smell jealousy because Iran gas good relations with both countries?
You feel you’re so better than Armenians.

Propaganda to achieve what? Every sovereign country will do that in times or situation like this….

cough cough, Israel flying all over Iran. Maybe they take some pics and send them back all while claiming they lost the drone…cough cough.

Iran has warned that Turkish&Israeli drones are sitting ducks for his AD system.

They need to shoot them down in Azeri airspace not deep inside Iran after they are done with their recon mission!

lol..ı dont understand the storm-bringers..Does anyone seriously think that Azerbaijan can start war without İran’s confirmation?İran is well aware of the situation..Remember İran played mediator role in 1992..Now they are choosing the best option which is ”nature will take its course”..

As they should (not to fight Azer or Armenia), BUT Azer with the help of Turkey using CIA-M16-Zion dogs A.K.A Daesh/ISIS (Wahhabi morons) to fight Armenia in N-K.

Those Wahhabi pigs (some of them came from “west” and got shipped to N-K from Turkey) might enter Iran…and “west” pigs might start up and set shit up…Iran is just holding their ground like a smart country as they such do in this case.

thats the point the jews are engineering this to open up on iran from all fronts afghanistan, azerbaijan, the gulf

We’ve already seen this in more dramatic way, in yhe Iraq-Iran war, it was worse than this, much worse. Love your clear view and sight on Wahhabis, that is the utter truth and nothing but the truth. Wahhabis-a Satanistic sect is recruiting youths in Western Europe, but msm keeps mouth shut.
Great insight.

I think hththny refers to the song in the second video.

who understands whats going on yet? and why (jew)putin lets this happen 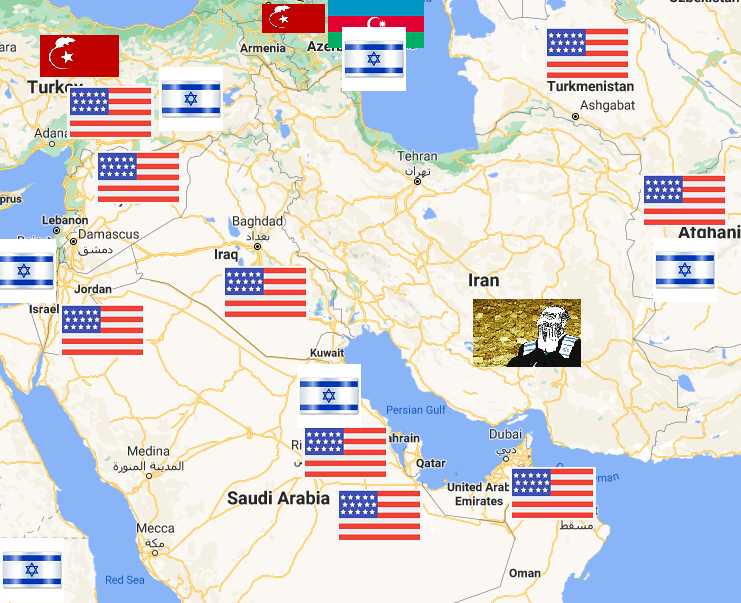 Totally fair though. Rarely have seen any country that wouldn’t send troops to border over where war is happening.

because Iran or any nation protects its borders does not imply they are hostile to either side; except for a few nations—USA, turkey, Israel, this conflict benefits nobody

We will liberate Russia soon too. Mazal Tov! We love Putin.