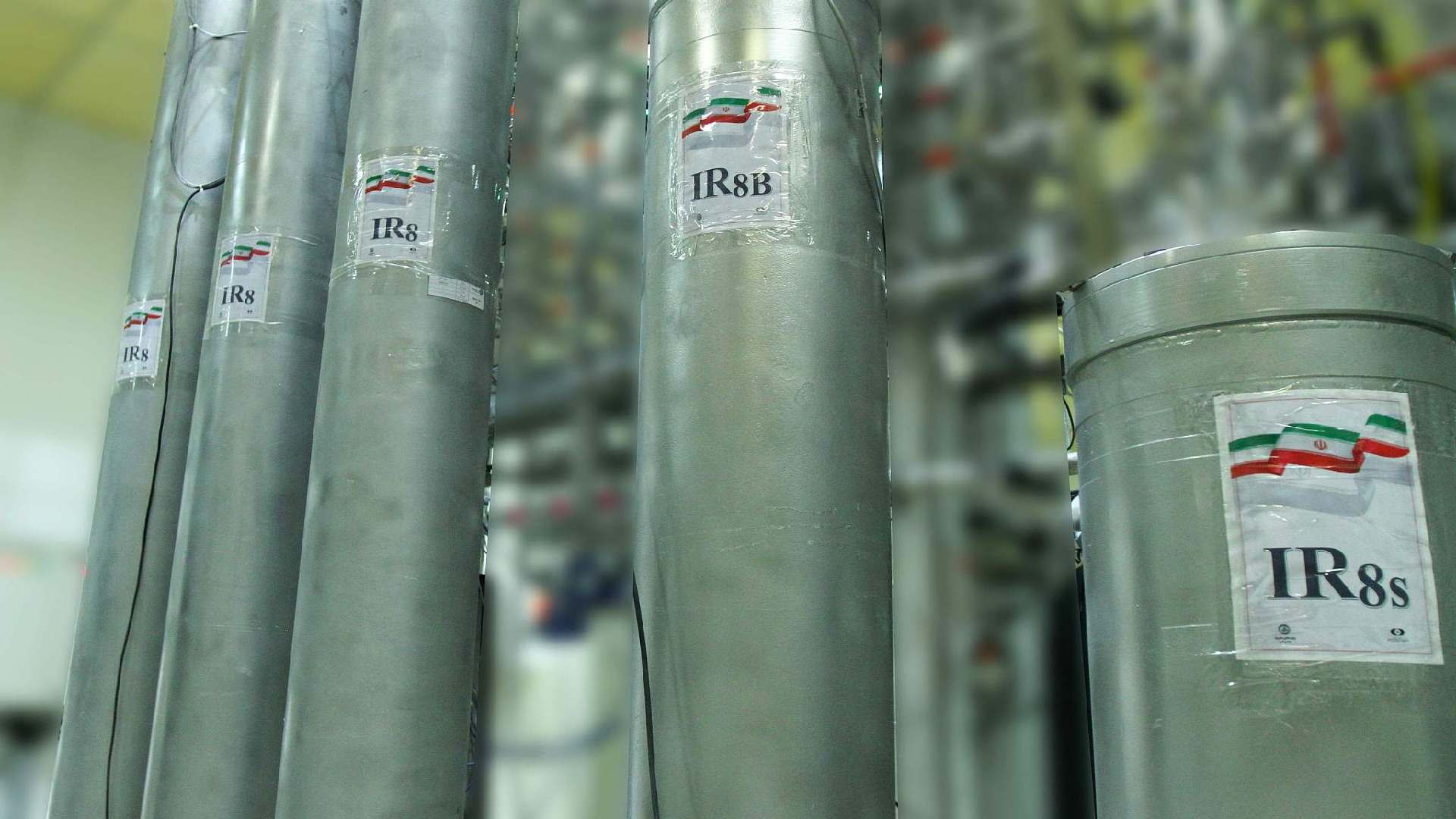 On July 7th, Iran said that it would soon produce enriched uranium metal and that the country had earlier informed the United Nations nuclear watchdog of the move.

This was announced by Kazem Gharibabadi, Tehran’s representative to the IAEA.

“Research and development regarding this issue with natural uranium began about three months ago. In the new process, a new fuel plate will be produced using 20% enriched uranium,” Gharibabadi told reporters.

“This measure, which will significantly improve the quality and quantity of radiopharmaceutical production, will make the Islamic Republic of Iran one of the leading countries in the field of nuclear technology,” the Iranian diplomat added.

Iran’s representative to the international organizations in Vienna also stressed that the International Atomic Energy Agency (IAEA) had been informed of the Tehran’s move nine days earlier and the relevant operations had begun right afterwards.

The IAEA said in a statement on Tuesday that Iran intends to use domestically enriched uranium (U-235) with 20 percent purity as fuel in the Tehran reactor.

“Today, Iran informed the Agency that UO2 (uranium oxide) enriched up to 20% U-235 would be shipped to the R&D laboratory at a plant in Esfahan, where it would be converted to UF4 (uranium tetrafluoride) and then to uranium metal enriched to 20% U-235, before using it to manufacture the fuel,” the statement said.

The IAEA also said the process would be a multi-step measure, suggesting that it would take much time.

Reacting to the news, Russia referred to the Iran’s move and the US continuation of the so-called maximum pressure by former President Donald Trump as a “vicious circle” and said the only way out of it was resuming the Vienna talks on the revival of the 2015 Iran nuclear deal, officially known as the Joint Comprehensive Plan of Action (JCPOA), and the full implementation of the landmark accord.

“The IAEA reports that Iran moves to production of uranium metal enriched up to 20%. The US in its turn maintains maximum pressure policy of D.Trump. The only way out of this vicious circle is resumption of Vienna Talks without delay and full restoration of JCPOA,” Russia’s Permanent Representative to International Organizations in Vienna Mikhail Ulyanov wrote in a tweet.

The #IAEA reports that #Iran moves to production of uranium metal enriched up to 20%. The US in its turn maintains maximum pressure policy of D.Trump. The only way out of this vicious circle is resumption of #ViennaTalks without delay and full restoration of #JCPOA.

On the other side, the three European countries of Britain, France and Germany in a statement expressed “grave concern” about Iran’s decision to produce uranium metal enriched to up to 20% purity for reactor fuel.

“We strongly urge Iran to halt all activities in violation of the JCPOA, without delay and to return to the negotiations in Vienna with a view to bringing them to a swift conclusion,” the statement added.

The United States also warned Iran to stop what it called “nuclear brinksmanship,” and urged Tehran to “return to Vienna prepared for real talks.”

The remaining parties to the JCPOA have been engaged in talks since early April to bring the United States back into the deal, three years after the former hawkish US president withdrew.

IRAN MUST TEST A NUKE

Well, with Raisi incharge Iranian position will only harden. As interior Minister he once inadvertently let slip that Iran already has the nukes. Iran really needs to openly test a nuke as the Americunt arseholes and little Jew midgets are really a spent force and have tried every trick in the book and achieved fukall. LONG LIVE IRAN!

Arch Bungle
Reply to  IRAN MUST TEST A NUKE

Ever considered that YOU might be the dysfunctional brain here?

block
Reply to  IRAN MUST TEST A NUKE

Back to your garbage dumpster, clown.

It is really the US, UK, France and Germany fault. All they had to do is uphold what they promised then Iran and would abide by the agreement.

Remember: The Jews’ “Which Path to Persia” document highlights using a “deal” propagandized as rejected by Iran as a prelude to war. Between the lines, another Urban Moving Systems false-flag blamed on Iran is to be the cause of the war.

While I ache for my country’s grievous state from the weight of the Jew virus’ plunder and destruction, I despair for the fate of the poor Iranian people and civilization.

Iran, the only democracy in the Middle East.

The most technicaly advanced state in the middle East.

The source of the most significant advances in Western Mathematics, Chemistry, Philosophy and Science

I think we will make Iran another Iraq very soon. Wait and see but this time will be European army wit Russia and USA army again this filthy terror organisations. So yeah we will destroy Iranian leaders.

block
Reply to  Religion divide people. No to religion

Then you wake up after realizing you wet the bed again…go back to cnn ziotard.

It’s about time Iran tested a nuke. They need to make nuclear weapons so that Erdogan will get all the excuse he needs to go nuclear. Right now, they are threatening the Turkish nation with sanctions. though Turkey knows more about nukes than Iran, Erdogan doesn’t want economic hardship for the people because they may not support his party if that happens. But if and when Iran goes nuclear, the Turkish people will support Erdogan to acquire nukes regardless of the sanctions. And if Turkey goes nuclear, Islam’s enemies are in deep shit. The actions of a nuclear armed Iran will largely be confined in the Middle East. Because Iran is a Shiite country and their army will not be welcomed or supported in any Sunni country. In fact, they’ll be treated worse than the Americans because Iran’s Shiism is actually worse both democracy and zionism combined. Reason being that all Muslim Sunnis consider both democracy and zionism as evil and Islam’s enemies. But a good minority of Sunnis still don’t understand the dangers of Shiism (which aims to turn every teachings of Islam up-side-down) Turkish soldiers and the Syrian fighters on the other hand will be welcomed across the Muslim world as liberation forces. This is the real reason Americans and Russians will always fear an Iranian bomb, and will do all they can to stop it. They don’t want to give Turkey a reason to get the bomb. Please Iran, get the bomb.

iaea is a fkn joke organization. Why don’t they go to occupied Palestinian territory and demand access to the zionist squatters weapons facilities that work with nuclear materials?