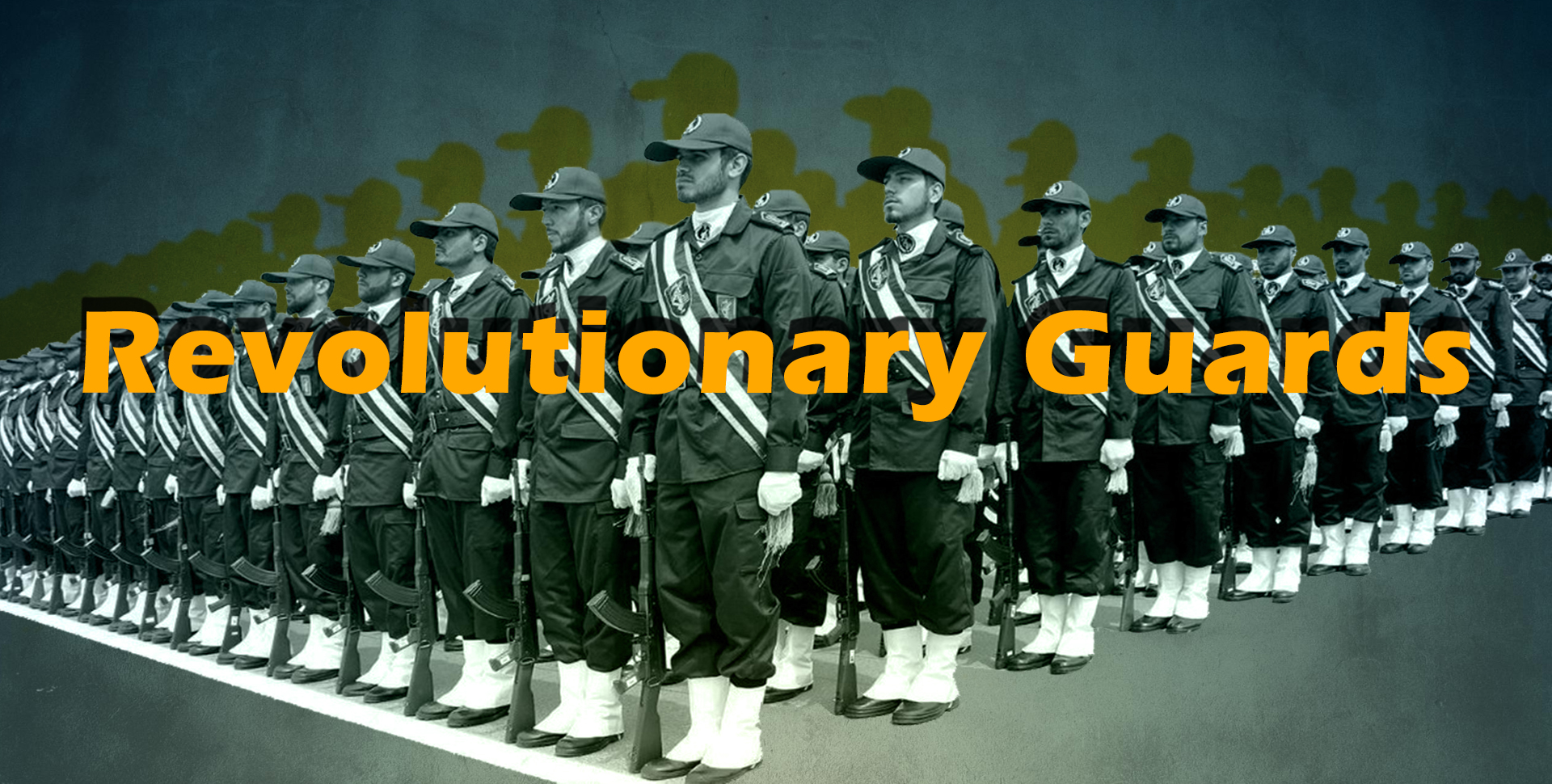 The UK’s deputy ambassador Giles Whitaker and several other foreign nationals were detained after being caught taking soil samples in restricted areas.

The foreigners were reportedly arrested in the in the Shahdad desert in southeastern Kerman province. The state TV did not elaborate on when they were arrested or clarify if any of them is still under arrest.

“Whitaker was expelled from the city after apologizing (the authorities),” the TV report said.

The state TV aired drone footage of Giles Whitaker and his family in central Iran where the British diplomat appeared to be taking soil samples.

One of those detained was identified by state TV as the husband of Austria’s cultural attaché in Iran. Austrian officials have not commented on the issue yet. The TV also showed a picture of a third foreigner, identified as Maciej Walczak, a university professor in Poland, whom it said was visiting Iran as a tourist.

From its side UK denied the Iranian allegations. A spokesperson for the country’s Foreign Office said: “Reports of the arrest of a British diplomat in Iran are completely false”. British ambassador to Tehran Simon Shercliff also denied the allegations.

“These reports that our Deputy Ambassador is currently detained are very interesting… He actually left Iran last December, at the end of his posting,” the ambassador wrote on Twitter.

The Iranian announcement came amid a stall in the talks with the US on the revival of the 2015 nuclear deal. After a recent round of talks in Qatar, the US accused Iran of maximizing its demands. This was later denied by Tehran.

Its a waste to bring this. Iran is a bad country also have world record in executing people with no proof as well.

We should not be tere at all.

We should leave the ones, which dont want to be sober members of the rest of the world out. Any contect there should be replaced by a single videcamera.

The model for this is Russia too.

You are Jew hasbara troll and I have noticed that you only post anti-Russia and anti-Iran posts and don’t have a clue about Denmark as you claim to be a Danish pastry, literally old chap.

The other foreign nationals arrested by IRGC Intelligence include the spouse of Austrian cultural attache in Tehran, Marcin switoniak (a professor in Department of Soil Science at Copernicus University in Toruń, and Charzynski przemysław, another professor of Soil Science.

they are thieves, robbers, liars, cheats and deceivers. it’s in their Khazarian genes.

Very impressing. Most of them must be more the 1000 years old. They must have very good make up artists.

I have done that since Iran threw ballistics on danish soldiers asked in to help the Bagdad Goverment.

ou not even know what Hasbare trolls are and Jewisme and its influence at all. It is true I never liked Russians and never has trusted them all the way to west of Berlin. I have seen how poor and non develloped things are there.

So i also wotk har to make my own country as well as EU and the rest of the world less independent of fossils. You do forget fossils are not only in Russia.

Denmark invented windpower. We will help India with that and other things they need very much.

I hope it will reduce Your kind of smog too and make a cleaner air by that.

Denmark isn’t in the ME, what were Danish soldiers doing there? Don’t go into someone house and not expect to be shot

Your latency is not my problem. Im no doctor or magician

They were caught RED-HANDED taking soil samples from a site that was currently being used to test Iranian missiles nearby – Photographed /videoed doing it -quote- “we are only “tourists ” – Aye sure as they say in Scotland.

The British bastards have special animosity towards Russians and Persians, was they stood up to the imperialists and both are revolutionary nations of bravery, integrity and independence. Russia and Iran are natural allies and great powers.

I heard Russians carpet bombed Ukraine and the carpets was from Iran.

No one cares about your opinions so STFU idiot

You probatly wad there yourself. You live in the old days Verner.

The bastards are always inocent,they were just in the middle of a boiling hio desert having a picnic LOL!! put their arses in jail for a long time.

The reality is that the free is wise to the Anglo-Zionist modus operandi of “regime change” by using diplomats aka terrorists. The NATO and Zionist scum are now focused on destabilizing the ex-Soviet Stans and the Persian Gulf region. They will fail as miserably as they have in Kievan-Rus. This is the good guys century. Russia, China and Iran along with expanding BRICS and SCO are the future.

Joke again. Ha ha. Those stans and iran for that matter was destabilized and collpased by the Russians and some mad religious ones.

They dont need Our help for that. I anything they need us for stabilisation.

We also make no bad propaganda. They do it better themself and for free. Spo we just refer and copycat.

Most likely they was never there. Its one of the usual Iranian hostage takings.

Iran has reshuffled its intelligence agencies after consultations with Russian and Chinese allied counter-intel organizations and now a vast majority of the world that supports Russia is also collaborating with these noble powers against US and NATO genocidal criminals who still think that they can institute a new form of neo-colonialism. The Anglo-Zionist isolated cretins are weaker than a spider web are now in complete meltdown. The Iranians should be commended for a tough action against the British who embassy now is the same DEN OF SPIES like the pathetic US embassy that was overrun by revolutionaries in 1979. Russia should follow likewise with these pathetic western spies disguised as “diplomats, businessmen, journalists and students”. The western criminals have been using NGO as cover for their spies and terrorists too. The Iranians were first to expel them and Russia also wisely followed suit. China never allowed these bastards to operate. In any case, well done.Iran has big balls for sure.

#UK and other European diplomats arrested in #Iran by the #IRGC while in possession of soil, rocks & water from a military area used to develop missiles. the arrested so-called Foreign diplomats were filmed by a drone while collecting samples to carry outside the country. Most of the “diplomats” had military background and Iranian intelligence had been monitoring them for several months and caught them red-handed after being tipped off by the locals and other friendly nations like Russia and China.

so iran should be on red alert now, because if so many spies, that means that theyr clients are preparing a big scam against iran.

They have tried everything since 1979 against Iran, but failed, now the western criminals are very weak as their defeat in Ukraine has amply demonstrated. Iran is too big to be bullied.

Thats not related at all. We are not weak even Ukraine is more then a hobby.

So the dollar collapsed 3 imes last weak and the pound is only worth 350 grams or what.

Its for internal fear, so the people living in Iran can be kept in line. Maybee You infomation sources should be from Indians in United States or UK.

You again and again seemes to use inferiour sources.

Its a joke too. Thinga like that could be taken by satelites and Lidar.

I could understand if if was not legitimized archeology.

Kneeling 🥱 Ashok you had too much vindaloo again.as Indian general saying

Totally agree with you Retired Troll

They and we pay market price in Iraq. Everybody does.

Syria is more complicated. before the uprises the Assads stole all oil and gas as prvate owners.

They had a parambulator and a spoon too.

Even spoons and parabulators can be jailed for years or executed in Iran.

Good,lock the mi6 maggot away,chances are israel will back off their case too!

Our friend Dr. Walczak might not be able to install a light bulb, but I’m sure he can take a mean soil sample! That’s why he “just decided” to have his holiday in the middle of the Iranian desert…

All the spys must be executed , no merecy because they are treating the Iran nation. Execute them and use them as fertiliser in the dessert.

They should have killed them.

farangs seem to make good bargaining chips. taking soil samples…. I can think of many worse things stupid farangs have been caught doing.

Hahaha they were youtubers and influencers taking soil samples as holy sand and pictures to share on Social Media… hahaha Spies of today have changed tactics but they are easy discovered when dealing with profesional security agencies.

This story reminds me about the execution of those two English murderers in the Donbass. When is that fine event taking place?

A British could never do that. They were drinking tea.

Typical response from spy agencies is to deny anything when they have been caught red-handed. Deny everything is their motto.