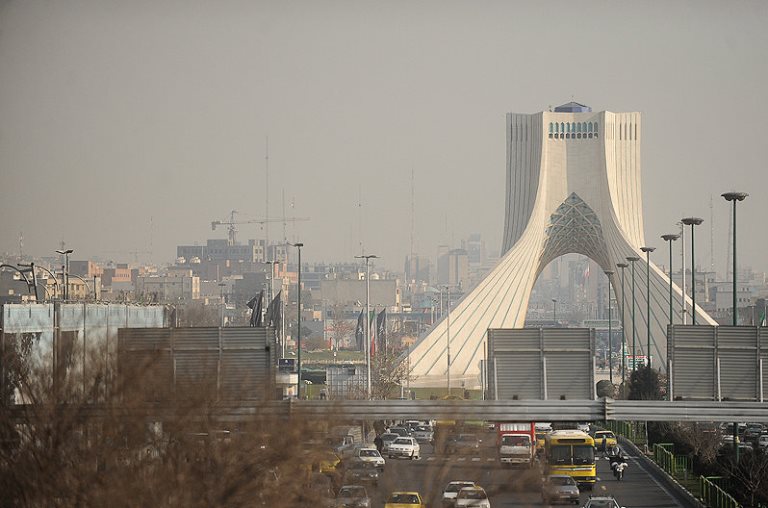 On May 25, the Iranian Ministry of Defence announced that an engineer had been killed as a result of an explosion at the Parchin military complex which is located near the capital, Tehran.

Another engineer was wounded in the explosion which took place at a research unit inside the highly-secretive military complex.

“On Wednesday [May 24] evening, in an accident that took place in one of the research units of the Defense Ministry in the Parchin area, engineer Ehsan Qadbeigi was martyred and one of his colleagues injured,” a statement by the defense ministry reads.

The ministry said that an investigations are underway to determine the cause of the accident, without providing any further details.

The Parchin military complex, which is located around 28 kilometers to the southeast of Tehran, is known to be the home for several industrial and research units.

The deadly incident came just two days after the assassination of Quds Force Colonel Hassan Sayad Khodayari. The senior officer was shot and killed in the heart of Tehran by two assailants who were moving on a motorcycle. The Mossad, Israel’s national intelligence agency, was reportedly behind the assassination.

The Mossad may have been also involved in the Parchin military complex incident. Over the last few years, the Israeli intelligence were blamed for several sabotage attacks that targeted key military and nuclear facilities across Iran, including the Natanz uranium enrichment facility.

Israel has been working nonstop to sabotage the ongoing US-Iran talks to revive the 2015 nuclear deal as well as to prevent Tehran from further developing its conventional military capabilities.

Cash making job for evey american to earn and work online. earns more than $15k every month with this home based job.bvg i made $18521 from this job in my spare time afte my college. easy to do job and its regular income are awesome. no skills needed to do this job all you need to know is how to copy and paste stuff online. Open This Website >>>>>>>>>> 𝑾𝒘𝒘.𝑾𝒐𝒓𝒌𝑺𝒊𝒕𝒆24.𝑪𝒐𝒎

Iran needs to quit hitting Israeli assets outside of Israel, Israel hasn’t tried assassinating anyone from Hezbollah because Hezbollah doesn’t hit Erbil or a Israeli businessman ship, they hit israel. Iran should send missiles into Israel, or at least let off a big explosion. Yesterday Sayed Hassan threatened that Hezbollah and Hamas will let off a big explosion in Israel if the Zionist March on Sunday damages the Al Aqsa Mosque, Iran needs to do this, or else israel will keep assassinating

I hope Iran hits them good, or this will become a monthly thing

The Iranians should take a look at the Talmud, and basically copy what the Jews do, and treat the Jews the way they treat gentiles.

As word “Jews” was invented in 18th century, it is far more precise to use original word: KHAZARS.

Without understanding history of Khazaria Empire, conversion of their citizens from adoring the phallus to JUDAISM, and later emmigration of Khazars to Poland, Hungary, Bohemia and the whole world, it is impossible to understand all crimes of Zionism.

If that’s the case then why does it refer to Jews in the King James bible which was translated to English in the 1600’s? And just to let you know, the first reference to Jews in the bible is in the old testament Second Kings 16 6. As for Khazars claiming to be Jews, that’s another topic.

Why is everybody shooting others instead of talking and debating issues so both countries could evolve in their lands peacefully… if you keep killing each other nothing will be accomplished at the end. Its the wrong path to nations trying to conquers others lands

It’s obvious this is a Mossad job, like 911. The Talmud teaches the Jews to kill the finest among the gentiles. Over time, it means gentiles are being selected to be dumb and subservient, while Jews remain smart and on top.

Stop blaming everything to the jews… Israel state and Jews can barely puts on their owk foots when JFK was deliberately murdered in Texas… The plain was developed in the east coast of USA. Please look the names in the investigation, and then look who put them to investigate and read the reports, also look how the USA policy changed on USA and compared against the policy if JFK were in charge, you can easily could get the assassins of JKF. Do the same to 911 and stop blaming the Jews for everything.

Also Russia’s KGB now FSB knowns everything that happened in 911 and they just keep playing the poker game no matter what happen, they are so easygoing, they just continuing playing. .. You don’t see Russians speaking in Mainstream media saying what they known… They just sit and play at every hand. They are awesome at this game.

Persian Jews don’t work against Iran. They refuse to do it.

Israel wasnot so stupid to do that… the four ring or maybe the fifth ring will try to recruit natives iranians with clean background who are willing to accept the risks (maybe a drug adict, a psycho, a moron, a religious stupid believer)… anyways, he/they will be discarded after this assasination and the firsts rings will be safe. Israel must stop playing this games and use diplomacy or they will be gone forever from Moses lands if this time dont listen and start using diplomacy and soft power with the Arabs Powers and countries around, you could easily become slaugthered after beign a slaughter, even morons and stupid people knowns this phrase.

Most likely directed energy weapon attack is behind this.