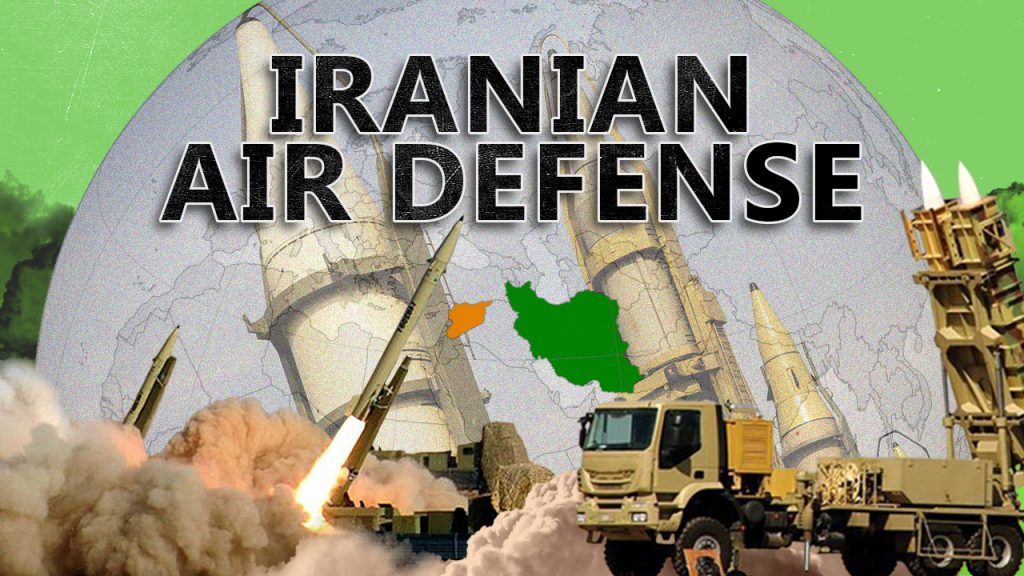 Earlier this week, Iran revealed some of its latest military and defence technology achievements. Particular emphasis was given to a new radar system, said to be capable of detecting aircraft at a range of several thousand kilometres.

Speaking at an exhibition of over two dozen ‘salient achievements’ of the air defence forces on Wednesday, the commander of Iran’s Air Defence Force, Alireza Sabahifard, said Iran’s new radar systems are capable of detecting and destroying objects of ‘any size’ if they violate the country’s airspace.

He further stated that “today, we have the ability to identify any drones in the sky of the country and the region and destroy it if necessary.”

Among the systems that were unveiled was the Emad (‘Pillar’ in Persian), a virtual warfare simulator designed for use by all branches of the military for exercises and simulation purposes.

Another system that was discussed is the Kashef-99 (lit. ‘Discoverer’) radar, a 3D phased-array vehicle-mountable radar capable of detecting small aircraft, drones, and even micro air vehicles (MAVs). According to the official statements, the system can detect up to 300 targets simultaneously within a 12 km range, and was developed by Iran Electronic Industries, the state-owned defence electronics company which also created the Kashef 1 and Kashef 2 2D S-Band radars.

Earlier this year, Iran announced the development of two other radars – the Khalij-e Fars (‘Persian Gulf’) and Moraqeb (‘Watchful) strategic 3D phased array radar systems, which officials say are capable of monitoring US military bases at distances of between 400 and 800 km. The Islamic Republic is also reportedly working on even longer range radar systems with the ability to detect enemy targets at ranges of as much as ‘thousands of miles’.

In July, Iran demonstrated the capabilities of its orbiting ‘Noor’ military satellite, releasing satellite pictures of the US’s Al-Udeid Air Base in Qatar, a key facility for the the United States Central Command.

The announcement of the advanced radar system was met with considerable scepticism in Israel. The Jerusalem Post commented:

“The articles at Fars News are not the first time Iran said it would be able to create radar with a range of up to 3,000 kilometers. It has made this claim before, dating back to 2015. It hasn’t shown any evidence that the radar it has built has this range. Nevertheless radar technology does exist that could give Iran the ability to produce long-range radar, whether it could reach so far seems unlikely.”

The report further commented that:

“Radar can help Iran monitor aircraft over the Persian Gulf or further away. Iran shot down a US drone last year over the Gulf of Oman. Iran’s discussion of its new radar capabilities comes days after Iranian media also reported Israeli airstrikes on Syria. This could mean Iran is sending a message about deploying radar to Syria. Iran allegedly deployed a 3rd Khordad air defense system to Syria in 2018. Iran has sent radar to Syria before, in 2010. It has defense agreements with Syria as well. In July US jets intercepted an Iranian aircraft over Syria. In January Iran shot down a Ukrainian airliner by mistake.

A foreign report in the summer of 2019 indicated Iran had sent radar installations to Syria but that they had actually not been compatible with Syrian air defense. May reports said that Syria was using Chinese-made radar after Russian radar were not successfully detecting Israeli airstrikes. Israel has said it struck more than 1,000 Iranian targets in Syria as of 2019. An August 13, 2020 report in Haaretz said that airstrikes on ‘Syrian anti-air systems also struck about a fifth of the country’s radar systems’.” LINK

I believe they understand united state way of war, if the United States of America was to attack Iran they will most like do after they stir an internal struggle since this is most likely and the concept of flying a reconnaissance plane is unlikely aswell. The United States of America will have to resolve in they mass military reconnaissance satellites,once they located target they will most likely lunch hundreds of cruises missiles and follow by air assault. Once this take place we all know its an all out war cause the Iranian will respond with everything in they possession and the whole region will be in fire. I wonder how much cruise missiles can the Iranian intercepted and how quick they will be able to replace lost air defense positions. This war is a a gate of all mother of war,this war will not be a simple war it will be more ugly then the Vietnam War,it will be ugly Trurh be told I like the fact the Iranian could defend themselves it may just what needed for nation to avoid war …

but Iran is 1.65 million sqkm and with a population of 82 million people. no way that the disjointed states of A has such capability to conquer or lay waste to such country, a country that not only can defend itself but can destroy the kingdoms on the arab-peninsula, from kuwait to oman , in seconds flat. and then you would have crude prices in the hundreds, which wouldn’t go down well in the disunited states of A.

the risk is the jews in palestine and they are foaming at the mouth to use their nukes and will do so on the sly if and when the primary attack by the disjointed states of A fails to do what the jews hope it would do, and that is precisely why it’s necessary to address the jews to kingdom come.

Use of special forces to kill leadership …

It will be destroyed, wherever it poses a threat to Israel, the U.S or other GCC countries in the region.

Iran is getting closer and closer. Soon they will deploy their advanced air defense system in Syria and start repelling Israeli airstrikes. From that moment on, it’s onwards and upwards until we fully liberate Palestina and destroy the Zionist murderers. Allez!

Yeah, we saw it yesterday.

I too don’t understand this mentality of all talk and no action.

You guys are world champions in empty threats and trash talk. When it comes to actions the mullahs regime is a whopping 0.

How is a RADAR system that is used to detect enemy missiles and aircraft a threat to anyone? It’s not a death ray.

As long as it is an Iranian asset on Syrian soil, it will be removed along with its crew.

It’s a threat to aggressor.

“capable of detecting aircraft at a range of several thousand kilometres.” Okay this answers one of my questions. Now Iran needs aircraft to go along with it. In Oct. buy a few of those Russian Mig31’s, the Foxhound. You can track the B52’s and maybe even the B2’s from Diego Garcia and launch an intercept. Hopefully they will turn back.

We should pass a law that their has to be at least one Congressman on every bomber that enters Iranian airspace if they vote to fund bombing missions against Iran.

It can be anti-ballistic missile radar, for missiles flying on space, not for aerodynamic targets. Earth is not flat, so you can’t look around the corner, if you have no “Resonance-N” station, which uses the effect of resonance reflection. Range of airplanes detection is up to 600 km, high flying missiles – up to 1100 km. Height of detection – up to 100 km. Egypt and Iran has export version, “Resonance-E”. It has low accuracy of detection, because of meter diapason. But meter diapason of waves allows to detect so called stealthy targets. It’s the system of early warning.

Wow … Iranian tech … the envy of the World

One small dusty regime in the Middle East is really envy and trying to stop development of Iran, but won’t succeed.

The vile Mullahs are the enemy of the Jewish People of Israel … they’re getting clobbered weekly for attempting to plant another line of fire on Israel ….

Keen on building up an Iranian Airforce?