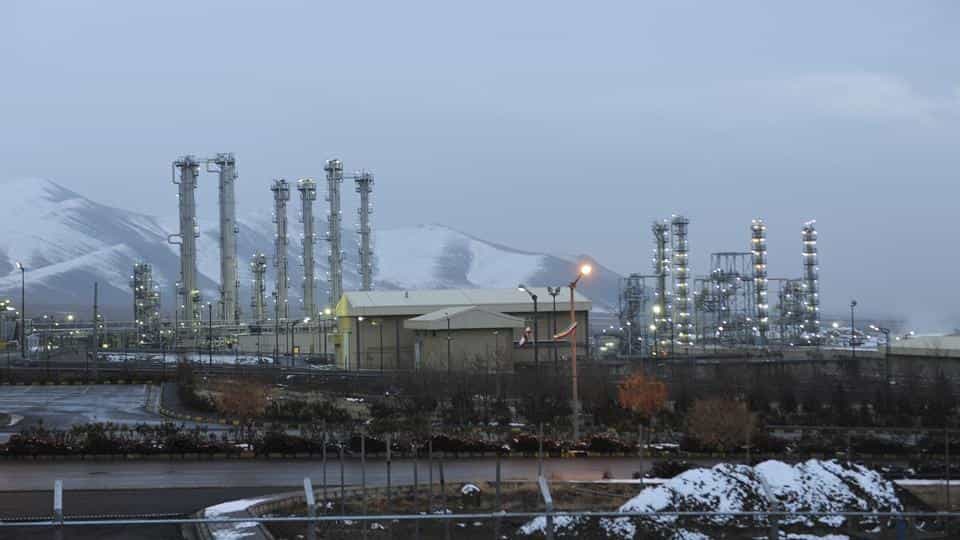 In slight progress on the Iran Nuclear Deal, Tehran agreed to cooperate with experts from the International Atomic Energy Agency (IAEA) regarding uranium particles discovered at several of its sites.

In return, signatories of the JCPOA (Joint Comprehensive Plan Of Action) dropped their censure plan against Iran.

Iran’s foreign ministry credited “intense diplomatic efforts” by Tehran and all other participants to its 2015 nuclear deal with world powers for stopping a European and American-backed resolution at the Board of Governors of the IAEA.

“Today’s development can maintain the path of diplomacy opened by Iran and the agency and create the grounds for the full implementation of commitments by all JCPOA parties,” foreign ministry spokesman Saeed Khatibzadeh said, referencing the JCPOA.

“Iran hopes that JCPOA participants can guarantee the full implementation of the JCPOA by all sides by using this opportunity and through serious cooperation.”

IAEA Director General Rafael Grossi announced in a news conference that it has come to an agreement with Iran to hold more technical talks in April in Tehran.

He said Iran has welcomed the nuclear watchdog’s offer to “engage in a focused and systematic effort” to discuss uranium particles found at several sites that for a time Iran had barred the IAEA from entering.

Additionally, Iranian President Hassan Rouhani said that the US had violated the 2015 Nuclear Deal and that the Biden Administration should take “practical steps” to rectify the situation, instead of making demands.

“The US, as the one who violated the deal, shall lift all sanctions and take practical steps in order to be able to return to the JCPOA,” Rouhani argued, using an acronym to for the landmark nuclear accord signed between Iran and six countries in 2015.

He said the Islamic Republic of Iran will reciprocate “action with action.”

“The return path to the JCPOA is straightforward, and if the US government is determined to return, there is no need for negotiations,” the president added.

The Biden administration has begun to criticize the so-called maximum pressure policy, with US State Department spokesman Ned Price saying the policy failed to “deliver a so-called better deal,” as promised by the Trump administration.

No concrete actions have been undertaken yet, however.

“Allow me to announce that the US’ unlawful unilateral measures have failed to bring the great Iranian nation to its knees,” Rouhani asserted, adding that Iran relied on its domestic capabilities to ward off the impact of US sanctions.

“This nation has relied on its domestic capabilities and has even made breakthroughs and great achievements including in the fight against COVID-19 and its impacts. A vivid example is the production of coronavirus vaccine by Iranian scientists, where we are prepared to extend cooperation with other countries, particularly ECO countries,” the Iranian president said.

Rouhani maintained that it was for Iran’s “wisdom” and “insight” that the JCPOA managed to survive the US efforts to destroy it.

“In the last four years, the international community has witnessed the US’ illegal approach and a full-scale economic war against Iran,” the chief executive said, adding, “These cruel and illegal sanctions have inflicted irreparable damage to Iran’s government and people.”

Rouhani also criticized other countries for failing to stand up to the US and its unilateral sanctions against Iran and other countries, who were suffering due to the COVID-19 pandemic.

“The great powers’ depriving other nations of fundamental rights and their disrespect for international organizations necessitate a response from like-minded countries, including through strengthening cooperation and creating a united front against these challenges,” he noted.

As such, progress is being made, but concessions on the side of the US appear to be needed in order for a path forward to open up.

Since 1979 the US has been putting pressure on Iran to do things their way. Each President had said that Iran is about to fall due to their sanctions that they put on them. Then the next President told everyone that the last President didn’t do it right so I will do the same and this time it will work. Theirs failed also and came the next President and he said the same as the last and did the same thing as last, guess what happen, failure. I think that it has been six President and now on the seventh doing the same thing over and over. The meaning of STUPIDITY: Doing the same thing over and over expecting a different result!

but doc, mubarak Hussain admin is back…….What do we do now? Come on now….koroush kabir turning in his grave in Pasargarde…….!!!!

Well, I cut my laundry and clean my house as routine like that.

Rouhani is deluded if he thinks that isisrahell’s americunt war dog can keep his terms.

“A man can have sex with animals such as sheeps, cows, camels and so on. However, he should kill the animal after he has his orgasm. He should not sell the meat to the people in his own village; however, selling the meat to the next door village should be fine.”―Ayatollah Khomeini, Tahrirolvasyleh, vol. 4, Darol Elm, Gom, Iran, 1990

Since were on the subject of where guys are allowed to put their dicks since that decree by the Ayatollah the USA has turned into the USGAY. Who need sheep, camels, goats or donkeys on long deployments when you got these lovely ladyboys on board. https://www.glaad.org/blog/us-defense-secretary-open-trans-people-military.

Precious … is it Talmudic? lol

the only differences between kosher and halal are that… #1 …in kosher slaughter, the rabbi must first féllatiate all the male animals, this has a calming affect… for the rabbi… #2 …in halal slaughter, the imam must lick the anús of the animal… this makes the imam slightly more agitated…

Well you’re the expert … thanks for your first ‘hand’ knowledge

And you lick my crystal balls. Next.

If you knew where that tongue had been you wouldn’t let it anywhere near anything of yours.

Is that your clever self talking sluggo?

Lick em, like you do Straight to you, Hardaga narda.

Other than failed states:

Your crew deserve each other sluggo

Two more: Isisrael USA. I’d say that Americans have enough of you Zionists.

Where are the so-called trolls claiming iran is resistance.. Seems like they went down on their knees and took the c0ck in their mouth full. I Always knew Iran is not about this life.. So stop the gibberish postings

but nothing has happened and yous got a hard-on?

Whose your daddy … scumbag

But I just answered your other ID, yet you responded with this ID of yours? Why so insecure?

you just answered it didn’t ya? yous been doin it so ghaad dhaang long, you didn’t even realize it doc…….come on now…..give it up now. eh eh eh eh meh….?….you stutterin cvunt. Don’t make me bust you in da koon koskesh.

its no punk talk….I got you in da koon. You been busted now.

Maybe on Mumbai parsi khabar. Not for the rest of us.

I’ll take that as a ‘YES’ … thanks for the support

yeah sure koskhol……you think you can hide from me?

Practical steps vould be bombarding a few harbours away:)

Iran does not need diversions by empty words, the reason EU and US want to talk to Iran is because they are weak and cannot contain the axis of resistance.

they will either fall to ruin or kneel to iran its that easy and the jews are done they just dont know it yet and again not iran will replace them but scientology and aslong as irans enemies get their focus on space this much we can handle earth while europe wastes its energy on solving problems and larping history https://www.youtube.com/watch?v=jk9pXiJ3o-o

There 5 countries with veto power in the UNSC. That has been the case since inception and will not change. Those countries are Russia , China , UK , France and the USA. No other country will get that right .

Well then you have no idea on how the UNSC works.

Well you have just shown yourself to totally delusional and naïve so pointless either reading your comments or replying..