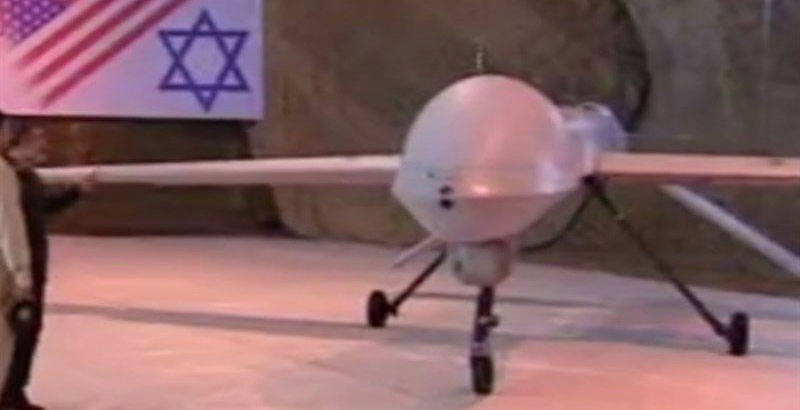 Details of the operation to capture the heavy unmanned aerial vehicle have not yet been announced.

The photos do not show any significant damages of the UAS. Experts think that the drone was captured with the help of electronic warfare and then was forced to land on the territory of the Islamic republic.

In 2011, Iranian military had already used an electronic warfare system, seized control of the US RQ-170 unmanned aerial vehicle (UAV) and landed it at their military base in the north-east of the country.

The MQ-1C Grey Eagle is a reconnaissance and strike unmanned aerial vehicle, which is produced by the General Atomics Company. The first flight of the unmanned aircraft system took place in 2004. The length of the drone is eight meters, the wingspan – 17 meters. The maximum take-off weight is 1450 kg. The flight speed is 250 kilometers per hour, the flying altitude – about 9,000 meters. The flight duration is 30 hours. The MQ-1C Grey Eagle is capable to carry the Hellfire air-to-surface missiles, the Stinger missiles, and the Viper Strike glide bombs.

They captured one of our stealth UAV’s a few years ago fully intact. Some reports said they ‘shot it down’ but given the condition of the UAV’s I doubt it. I actually do believe that they managed to intercept it via radio control somehow.

Hmm…. being naive, I thought that the link between our drone pilots and UAV would be password protected and/or encrypted, I guess not?

We are pretty much getting our comeuppance by sending drones over Iran and violating their airspace. We should stick with satellite imagery and spy planes, the polite way of spying. Our radio link isn’t secure, really, what about our F35? That’s all I hear about is our wonderful networking.

I used to work for Textron when they cleared engineering space for the Sentinel (UCAV @ the time) very advanced drone.

Apparently, the persians were able to bring it down via something as simple as Telnet in 2011, which is not secure at all.

Telnet? Are you saying the Iranians telneted on to the drone and took control? Wow, where I used to work, it was SSH all the way, everyday.

I believe that due to the weight and the shape of these things there is not much damage in some instances of crashes. They may have done some basic repairs and painted them.

But I do not believe they were hijacked and forced to land.

The Iranians are #2 in the world of Electronic Warfare and Electronic Shielding. Russia is #1. Iran was smart to realize that the Zionist have a lot of electronic warfare systems and planned for this ahead. And in return they ended up over taking the Israel’s and the UK and USSA in electronic warfare and shielding. If Israel attacks to commit ethnic-cleansing of the Iranians people, the Jews are in for a bunch of surprises. Including how the democratic majority of Americans and Europeans and Russians and Asians are going to side with Iran against the Jewish-surpremisist-bigots. http://en.farsnews.com/Default.aspx

Its nice of Usa to send over some technology, i just wonder how much money Iran saved when the landed those drones the have captured. They must really love Obama, and wish he sends all the latest drones over Iran, As soon as they are operational.

It seems like Iran has become the second greatest recipient of U.S military aid, right after Israel. ?