According to a number of media, Teheran has opened weapons plants for Hezbollah fighters in Lebanon. 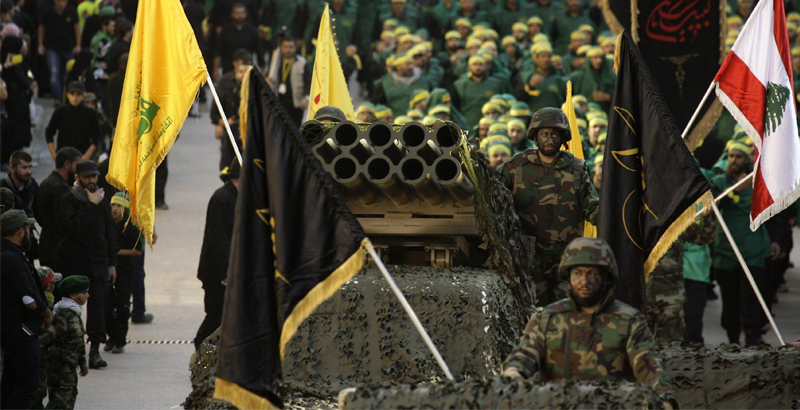 Iran has opened weapons plants in Lebanon in order to produce arms for Hezbollah, the Kuwaiti Al Jarida newspaper reported, citing a commander of the Iran’s Revolutionary Guards. According to the newspaper, the decision was taken after alleged attacks of the Israeli Air Force on deliveries of Iranian weapons in Sudan, which intended for Hamas and Hezbollah fighters.

As the commander told Al Jarida, a special department was set up in one of the Iranian universities to train talented Lebanese ‘experts’ in the field of manufacture of missiles and other weapons. This was done in order to allow them to produce weapons in the homeland, without fearing that Israeli airstrikes can destroy arms before it is delivered to Hezbollah.

According to the TV-channel, the factories have been placed at a depth of 50 meters under the ground to make them invulnerable for bombardments. The new plants were created against the possibility of destruction of existing Hezbollah factories in Beirut.

As media reported, ground-to-ground missiles with a range of up to 500 kilometers, anti-ship missiles and torpedoes for small speedboats, as well as other weapons are produced at these enterprises. Reportedly, missiles are not produced from start to finish at a single factory. Instead of this, different factories produce various parts of the missiles, and then they are put together.

According to Sky News, the creation of military industry for Hezbollah was entrusted to the Imam Hossein Comprehensive University, connected with the IRGC. University’s specialists trained Lebaneses. As the TV-channel stressed, the weapons factories should first of all supply Hezbollah fighters, operating in Syria, but not build up Hezbollah’s military potential against Israel, as a new war against the Israeli Army is not among the priorities of Tehran.

Due to the fact that opponents of Bashar al-Assad’s regime in Syria do not have air force to destroy the Hezbollah factories in Lebanon, most likely, the plants are hidden under the ground precisely to be protected against possible Israeli airstrikes.

Each country is allowed to manufacture it’s own weapons.

Could be. The real ‘tell’ is when U.S. mainstream media shills for Israel start repeating stories like this ad nauseum. Nettanyahu is eager to attack Lebanon and Hezbollah before he dies of old age. Israel ALWAYS try to prime public opinion in the U.S. prior to military action, so I expect them to do as much this time. If the usual suspects: CNN, NYT, ABC (U.S., not AU) and cronies start crying about all kinds of gigantic threats to Israel, then they are getting ready to start something somewhere. They will never make a move militarily without being close enough to hide behind the skirt of the U.S. and send U.S. soldiers to die for them.

My guess is that they will not move until they get the U.S. to start a war with Iran, so that false flag has to come first. That would be the perfect excuse for them to make a move on Lebanon, though. You know… ‘helping’ us defeat the evil Iranians by attacking Hezbollah. They are blind to their own weakness though. No matter what happens between the U.S. and Iran, they are in for a horrible ass-kicking if they think they can push around Hezbollah any more.

If there’s a God in heaven, maybe Nettanyahu will go full-retard and attack Lebanon before the contrived Iranian war. I hate to see the Iranians suffer just for the pleasure of seeing Israel get kicked in the teeth.

I don’t see that Israel has any need to attack south Lebanon, Hezbollah is tied up in Syria for a couple of years. Do you think Iran can be taken (Hormuz straights) Or do you just wish for Armegedon and WWIII?

There Have been an odd cluster of stories which have the theme, ‘Israel needs to attack / bomb Lebanon under right to self defense’. 1. This one. 2. Hezbollah is embraced by the Lebanese govt, so Lebanon is now equated with Hezbollah. There have been several stories like this recently.

It just seems like something is up. Maybe Netanyahu sees a small window where he wants to attack Hezbollah while they distracted in Syria before that conflict ends. It would be evil but he’s a bad guy. I hope that the Israeli military would push back.

1. neither Israel nor Hezbollah has interest in a war right now. 2. Netanyahu is not stupid he understands the capabilities of Hizbullah. 3. there will be a war between Israel and Hizbullah only when Iran wants it to be.

So let me get this straight… Because Iran helped the Lebanese people (which are a wonderful set of people by the way) arm themselves, and because of this they were able to defend themselves against Israels army of ISIS-fighters. Now Israel is mad as hell because their ISIS attacks against the United people of Lebanon failed. And now Israel wants the world to genocide Lebanese and take away their defenses, so Israels terrorist invasion #2 can succeed? Jews just don’t get it anymore do they… lol, We Goyim have awoken! lol The Goyim Revolution is happening! haha https://holodomorinfo.com/

I think you got it wrong. Israel doesn’t really have anything against the Lebanese people as far as I know, they do however have a thing with Hezbollah which Israel sees as a terrorist organisation that is arming itself with the intention of a war of possible aggression (they always say they want to destroy Israel, you have to use aggression for that end), and is therefore committed to intercepting and obstructing any attempt by Hezbollah’s main benefactor Iran to support them on that end, Hezbollah mainly receive their Iranian aid either via Syrian convoys or through Sudan and then via the Suez, therefore Israel bombs those convoys. BTW I dunno why you presume the Lebanese people are united, Lebanon is a sectarian country with a history of bloody civil wars on ethnic and religious background, this hasn’t changed BTW, Hezbollah represent the Shiite community in Lebanon and to a certain extent the Druze and some Christians in South Lebanon.

The guy’s crazy. You can’t reason with him.

Whys that? Are you jewish?

Hezbollah is a protection militia of Lebanon . And yes there are always bad mouths in any conflict , usually for political reasons at home . But war with Israel is not in their best interest , but it is not like Israel has not crossed the border into Lebanon before . So when facing a massively armed neighbor , some armament protection is rational . Israeli aggression is the reason the Druze and Christians are now in a united defensive posture with Hezbollah . Hopefully sanity can prevail , and borders will be respected .

If the Israelis opened another weapons plant with US help I would be concerned. Look out for Israeli provocation once the Syrian government stabilises Syria and frees up those thousands of combat experienced Hezbollah fighters. Probably they are trying something now since Hezbollah has it’s best troops tied down in Syria?? In any event an Israeli drive into Lebanon would reveal the Zionist hand in the creation and support of Isis.

If Israel is attacked by Hezbollah’s rockets and missiles, expect the U.S. DOD to intervene to totally defeat Hezbollah, with every weapons system in its inventory short of nuclear. Any Russian threat can be ignored given that the Russians can be militarily dispensed with in short order if they wished to become belligerent on the side of Hezbollah. Hence, Russia will stay out, or risk both a military defeat and economic collapse as its energy exports to Europe and international banking ability will be made non-existent. Remember, Russia is a country with an annual defense budget only 2% as large as the USA’s if include the USA’s secret expenditures, and an economy smaller than the State of California.