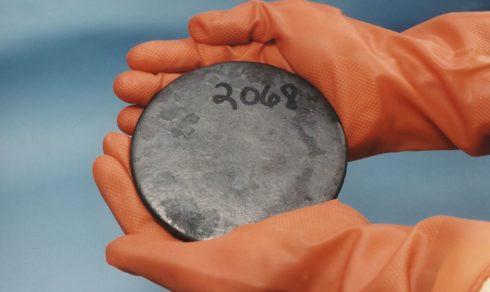 Iran has launched preparations to boost its uranium enriching capacity. The decision is the result of the United States’ withdrawal from the nuclear deal (the Joint Comprehensive Plan of Action or JPCOA). Tehran has begun work on infrastructure to build advanced centrifuges at its Natanz facility. It also plans to secure nuclear fuel for the Bushehr power plant. The UN’s International Atomic Energy Agency (IAEA) was informed of its plans to increase the enrichment within the limits of the 2015 deal with world powers.

This is a signal that Iran will not comply with the JPCOA if it collapses. Tehran wants European banks to take the risk and safeguard trade. Oil sales must be guaranteed and the losses resulting from US sanctions must be compensated by Brussels. The demand for new negotiations on ballistic missile program and regional policy must be abandoned as these issues are not related to the JPCOA.

The EU is trying to preserve the agreement but it’s hard to see how private companies could be convinced to deal with Tehran running the risk of American punitive measures. Peugeot, Total, Italy’s Danieli have already halted or are preparing to halt their ties with Iran.

Actually, the chances that Europeans would be able to protect their companies dealing with Iran from the effects of US sanctions are slim at best. If so, Iran has no reason to comply with the deal anymore. Why should it? It was not Iran who tore it up. If it’s not working, then why should Tehran observe its part of it? True, formally the agreement is still effective. Iran said the enrichment will be within the agreed limits but the US and Israel are likely to say it is not. Washington and Jerusalem will raise hue and cry over the announced enrichment to describe it as a breach of the JPCOA, whether the limits stipulated in the deal are exceeded or not. They will cite “intelligence sources” or invent something to justify their claims, no matter what the UN watchdog says.

The trouble is that the US decision to pull out from the deal was not an element of a well-defined policy, there was no plan B. The hope to have the JCPOA renegotiated was a pipe dream from the start. An agreement is an agreement. Iran complied with it. Other controversial issues, such as ballistic missiles, could have been subjects for separate talks. If not, it’s still preferable to have the JPCOA in effect to make sure there will be no nuclear warheads installed on delivery means. But Washington chose the language of ultimatums to spoil it all.

In April, President Trump warned Iran of “big problems” if it resumes the nuclear program. Iranian Bavar-373 air defense systems have already been deployed to protect the related infrastructure. In late May, Israeli Air Force commander Maj. Gen. Amikam Norkin said Israel is the first country in the world to carry out an operational mission with the F-35 stealth fighter, which flew over Beirut undetected. In March, two Israeli F-35s were reported to fly over Iranian air space unnoticed. This was a clear warning to Iran that the resumption of nuclear program would be responded to with force.

In 2012, Israel was ready to strike but was held back by the US. With President’s Trump’s tough stance on Iran, it may be different this time. On the contrary, the US may find the idea to use force against Iran too tempting before the June 12 summit with the North Korean leader in Singapore.

Actually, a war between Israel and Iran is already waged as Israeli aviation regularly strikes what it says Iran’s forces in Syria. The recent success of pro-Iranian Hezbollah in Lebanon brings an armed conflict even closer. The unsettled maritime dispute over the natural gas deposits in the Mediterranean makes it almost inevitable as the profits to be received by Lebanese government will inevitably enrich Hezbollah. The Hamas attacks in Gaza are also viewed by Israel as a conflict ignited by Iran. It strikes the eye that Israel has changed its tone demanding complete withdrawal of Iran from Syria not just keeping away from the Golan Heights.

There are unconfirmed reports that the US military is building an outpost in Sinjar mountains of Ninawa province to secure Syria-Iraq border and prevent Iran from establishing a land corridor linking Iran’s western border to the Mediterranean. If the reports are true, the US is evidently preparing for a military operation. It will not have NATO by its side. America and Israel are on their own. They may be supported directly or indirectly by some Sunni Arab nations.

For instance, Saudi Arabia’s threat to use force against Qatar is another sigh of preparing a multinational war against Iran. The deal to purchase Russian S-400 air defense systems is used as a pretext though it’s hard to see how these defensive weapon systems could pose a threat to the kingdom. Riyadh is in talks with Moscow on purchasing the systems, why can’t Doha do the same? The real reason is probably the refusal of Qatar to break ties with Iran.

There are very disturbing signs that a war waged by Israel, the US, and probably its Persian Gulf allies is close at hand. The tensions could be eased if diplomacy were given a chance but the US unilateral withdrawal from the JPCOA appears to turn such scenario into a very remote possibility.

A reality check here.. Iran is NOT going to “enrich” Uranium to bomb grade level, at least not yet.. .That would require the installation of more advanced facilities that would contain centrifuges and gas extraction facilities that would purify their U235 to around 97% purity to make it valid for nuclear bombs.. At present and from all IAEA reports, the Iranians are still enriching their Uranium to a maximum of 25% purity that is used for medical isotopes only… They will not purify or “enrich” their Uranium to higher levels yet and the IAEA continues to verify this as fact…

as
Reply to  northerntruthseeker .

Whilst you are dealing in facts, israel and the USA opt for fantasy and BS. So even if Iran produced a single gram of 26% uranium, Bibi would be wailing at the UN about Iranian bombs.

Iran has the right to build ballistic missiles.

What USA wants is not acceptable by any country in the world. If I want to enrich Uranium and master this technology I can. It’s a scientific challenge. Every nuclear physicists should enjoy challenge this.

But, of course, you are very supported to take history clzsses especially WW2 courses. XD.

Don’t believe for a second US or Israel is any match for the Iran,Hez and SAA alliance even without Russia

Currently they have no force strong enough and silly Russia had a chance with Iran to dominate Middle East but rather pander to Israel and US.

You think that stupid small out post can stop Iranian corridor ? Only morons think so.

“Russia had a chance with Iran to dominate Middle East” So now it is obivious that you are there not to “fight terror” as your propaganda to justify ten times worse crimes is talking about but to dominate and steal land from Muslims. Hopefully you will both get what you deserve: Americans for the crimes in Iraq and Mosul, and Russians for the crimes in al-Sham. You are worse than animals and you deserve the same what you caused to others scaled by your wealth and population. Hopefully i will see open war between America and Russia and at least one of them completely destroyed, filthy locusts.

One thing you are quite naive . I would call you an animal but suffice to say that you are too shallow in your debate.

Does that one statement that Russia has the chance to dominate conclude that the intentions of Russia and allies are bad .

It is a fact that US and its allies from Nato to Israel is out to dominate the ME and smaller power like Russia would find it difficult in many ways to challenge western massive financial and allies’s capabilities.

Russia by alliance with Iran , a major powerhouse in the ME will practically stop US allies from dictating ME which as you know would use strong arm tactics if they can to stop Russia influence.

With Turkey in …. Russia and Iran has a position to stop US influence and stop them from completely controlling the ME .

So far with Iran as ally , Russia is winning and Syrians and allies are dying for Russia. Without Syria , Russia is dead economically as entire Europe can bypass Russia gas which is the lifeline of economically weak Russia. Russia’s economy is essentially like the Arabs oil independent unlike industrialised China.

Hope you get what I meant. Cheers

But why Iran? County full of rafidi shias… they practice taghut you know? They fight sunnis you know? And then they cowardly say that it is like fighting the jews lol. Allahu Akbar.

Russia instead of supporting and helping lSlS choosed to support the traitors and kuffar. A country with huge muslim population wants to support shia traitors to islam?

I am a Shia, u terrorist scum. I am the defender of the Royal Bloodline of Prophet Muhammad. You terrorists have no idea wat we have planned for. We will wipe u nd ur terrorist ideology off the face of the planet.A total massacre is coming for ur kind, believe me. Iran will conquer the ME. And those of us that are loyal to Iran will fight u in every corner of the world.LONG LIVE SHIAS

Some shia are normal but many of them are not because they are rafidis. I heard about succesfull stories of shias converting to islam and living peaceful and beautiful lives after that. We are muslims you should know that and being a muslim is about worshipping none but Allah(swt). Shias pray and worship Ali not Allah(swt). Sorry but im proud to be labelled as a terrorist when im in contrast to somebody who clearly rejected his faith and misguided other brothers from religion of ISLAM.

Open your eyes this is not truth im saying it to you as friendly advice: https://youtu.be/2AFJxsTzVas

Ask yourself do you think this is islam? You are defender of shirk please wake up: https://youtu.be/sXFp9HEerhk?t=1m20s

And the dirty war resumes. Although I disagree, parts of NATO will being getting involved soon. I wish we could settle this with a quick decisive blitz but because politics and Iranian brinkmanship we’ll have to go cold war style. Iran could end the whole active conflict right now if they would make slight concessions, at least that would stabilize the situation. Iran’s internal issues have become everyone’s problem.

You wish. Israel can’t win alone that’s what we can agree with yes.

Pakistan will crush any force that attack on Iran. Pakistan for long time is looking for chance to take revenge from child butchers Israel regarding genocide crimes of Palestinian brothers.