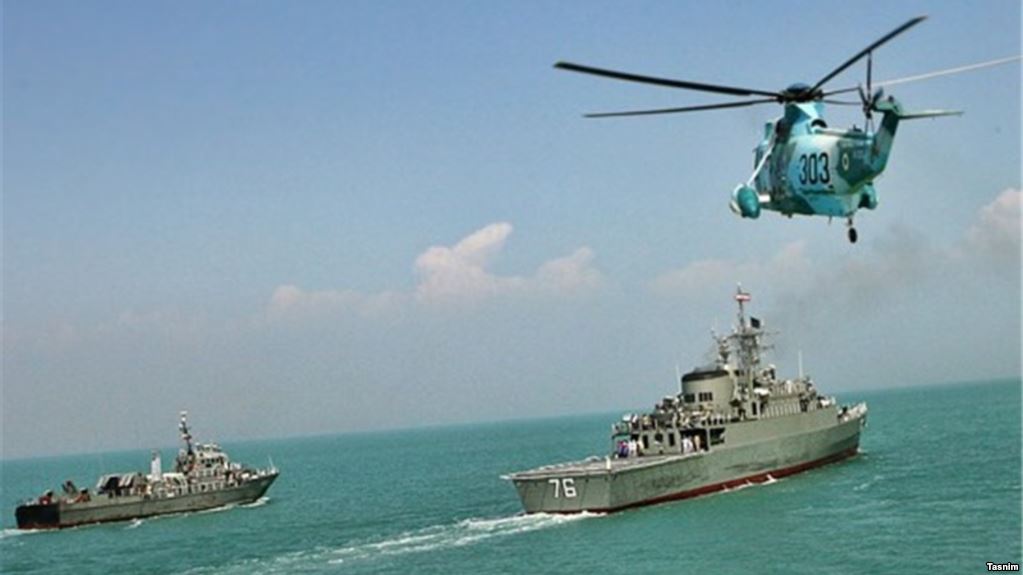 US Central Command says there is increased Iranian naval activity in the Persian Gulf Strait of Hormuz and Gulf of Oman. Unnamed US officials, cited by the CNN claim that.Iran is preparing for massive war games in the Persian Gulf.

The statement released by CENTCOM on August 1st by Navy Capt. Bill Urban, US Central Command spokesman is as follows: “We are aware of the increase in Iranian naval operations within the Persian Gulf, Strait of Hormuz and Gulf of Oman. We are monitoring it closely and will continue to work with our partners to ensure freedom of navigation and free flow of commerce in international waterways. We also continue to advocate for all maritime forces to conform to international maritime customs, standards and laws.”

Iran’s Islamic Revolutionary Guard Corps (IRGC) are expected to soon begin major naval war games that could be a dry run for its ability to close the Strait of Hormuz, a crucial global energy supplies path, CNN cites unnamed US officials. Two US officials, who according to CNN, are directly familiar with the latest assessment of the IRGC movements claim that the Persian Gulf exercise may start within the next two days.

US CENTCOM does not appear to see any hostile intentions from Iran. However, according to the officials cited by the CNN, the IRGC show of force allegedly has US military intelligence worried, for three specific reasons.

The first being that the war games come as the IRGC has always had a rough tone towards US. That was reinforced when on on July 26th, Iran’s Major General Qassem Soleimani sharply answered Trump’s July 23rd threat: “You threaten us with an action that is ‘unprecedented’ in the world. This is cabaret-style rhetoric. Only a cabaret owner talks to the world this way.” Secondly, as cited by the CNN, the IRGC is priming for a larger exercise in 2018 than similar efforts in past years. And lastly, usually these kinds of IRGC exercises happen much later in the year.

The US has reportedly so far assessed that IRGC has convened a fleet of more than 100 vessels. Most of them are small and fast-moving. According to the cited officials, Iranian air and ground assets including coastal defensive missile batteries could be involved.

According to several unnamed officials, the US currently has only one major warship in the Persian Gulf – the guided missile destroyer USS the Sullivans, there are, however, other warships nearby and numerous military aircraft in the region.

As reported by the CNN the US has attempted to encourage other nations in the region and namely Saudi Arabia to take a strong stance against Iran in case of an actual closing of the Strait of Hormuz. There are also concerns regarding Saudi Arabia’s closing of the Bab-el Mandeb for oil shipments after a supposed Houthi attack on oil carriers that happened on July 26th.

US-Iran relations have been worsening since the May 8th withdrawal of US from the Iran Nuclear Deal. After the departure, the US also threatened to impose sanctions, the first of which are to go into effect in August 2018. The deal’s EU partners have since made a bid to assist Iran in dealing with the sanctions and filling the gap left by the US. Despite EU’s vows, on July 18th, an Iranian factory began producing centrifuge rotors. This came a month after Leader Ayatollah Ali Khamenei in a statement ordered agencies to prepare to increase uranium enrichment capacity, if the deal falls apart after the US withdrawal.

The threat of closing the Strait of Hormuz followed a further escalation between the US and Iran that arose over Iranian oil exports which happened in early July 2018. CNN reported that a Trump administration official promised to reduce the number of countries that import Iranian crude oil to zero, which led to a backlash from Iran. As a result of the rise in tensions, Iran hinted at closing the Strait of Hormuz. The Iranian government did not expressly mention closing the Persian Gulf, it expressed its intention to prevent any country from shipping oil via it, following the aforementioned sanctions and threats on Iranian crude oil trade. On July 20th, Iran again threatened to close the Strait of Hormuz once again, as reported by Memri. Although on July 3rd. Memri reported that many inside and outside Iran have interpreted these statements as an Iranian threat to close the Strait of Hormuz. The country has historically threatened to close the Strait numerous times in the past, never to follow through on it, as show Memri archives. As aforementioned Trump’s twitter diplomacy and the harsher US stance towards Iran might, in fact, push the country to bring its threats to fruition.

The worsening of the tensions has reached its highest point, as of now, with the supposed war games and the strong reaction from Major General Qassem Soleimani on July 26th. Thus, Trump’s “strategy of increased tension” and twitter-style diplomacy, which finally leads to the other side capitulating due to his aggressive business-like approach, might fail to work this time.

Does no harm to remind the zioyanks whats in store for them if they attack IRAN,,it wont be pretty,thats for sure,,and especially for israhell who will get a nice face lift.

Keep your eyes and ears open Iran, the satanic Israelis are getting edgy and aggressive now.

Yeah, how dare Iran has any activity inside it’s own territorial waters, or god forbid goes an inch into international waters. Just think about it: There’s an increased activity of US vessels inside Chesapeake bay or gulf of Mexico. That worries us! Oh oh and Egyptians using the Suez canal.

They are being Americans, nothing new. The same Americans that every time they pass Iranian waters in the Hormuz strait, whine incessantly about Iranian vessels “presence” in there.

America, and by extension the West, is like a guy, who comes up to you, stands almost immediately in front of you, puts its face mere inches away yours, and when you say ‘dude, could you please step back, you’re violating my personal space?’ ignores you, and when you finally push back he starts to shout ‘Aggressive behavior! See? You can’t trust him!’

If any country attack Iran so immediately with in one minute Iran should target important sights in Israel by 350 ballistic missiles simultaneously without seeking permission from UNSC, Russia etc or looking for who has attacked Iran. Any enemy attack is an aggression. If it was US that has attacked Iran then also invade US bases, ships and aircraft carriers. Every country has full right to defend their nation from hostile regimes.

Iran has genuine right to keep US, UK and Israeli pirates 1000 miles away from Iran water.