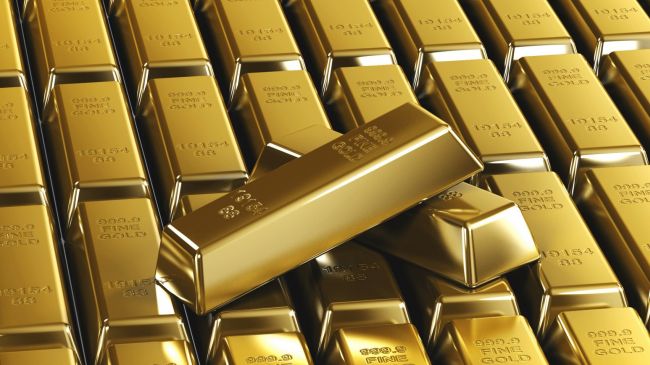 Iran has launched a gold-backed cryptocurrency called “PayMon” in cooperation with four local banks and the Ghoghnoos Company, in a move made following international sanctions, the Financial Tribune reported on January 30.

According to the report, the cryptocurrency was launched thanks to the collaboration between Kuknos Company and four banks, namely, Bank Mellat, Bank Melli Iran, Bank Pasargad, and Parsian Bank.

The Financial Tribune quoted Valiollah Fatemi, director at Ghoghnoos, who revealed the PayMon was set to be used to tokenize the financial institutions’ assets and properties. A total of one billion PayMon tokens are reportedly set to be issued initially.

…..and they will make the gold price go down again, as they see fit. But back on topic, this is a sound way to do business with Iran and avoid US sanctions.

It maybe a way to circumvent SWIFT, but US sanction will still be the same toward the factual trade I assume?

The Americunts under Zionist pressure want Iran to totally disarm and commit suicide, and even the mullahs are not that stupid hopefully. The little midget Jew Macron is pushing for talks on ending all Iranian missile development and then disarming.

Yes, the US can still threaten any country that engages with Iran while still relying on the US, but would they dare? It depends who does it. Anybody who is not suffocated by US-dollar debt I suppose?

Southfront would make additional money if you all would get verified with Brave browser payments. https://brave.com/creators/ to receive crypto currency for each visitor. This is the new way people prefer to reward websites of their choosing. People can also tip $5 at a time or any amount they wish. This is how I would prefer to donate money to Southfront. https://brave.com/creators/ Once you verified Southfront, your monthly donations income will increase month after month guaranteed. Brave browser is now at 5.5 million up 1.5 million from two months ago. Later this year Brave is expected to cross over 11 million. https://i.ytimg.com/vi/r81_QVJJsz0/maxresdefault.jpg

Why do that when articles that appear here are also dispersed to other mediums. One would pay willingly if the article posted is endorsed by that site as either fake, misleading or comments suggesting investigations. In other words stop the ‘copy and paste’ mentality and do some authentic reporting.

Is a real Cryptocurrency or a bond like Maduro´s fake “Petro”???

However, this is real news,heavy military traffic reported at Damascus Airport in past 48 hours

BEIRUT, LEBANON (10:30 A.M.) – A Syrian cargo plane made another delivery from the Iranian capital this past week as they continue to make these weekly trips.

According to online observer Manu Gomez, a Syrian Air Force IL-76 YK-ATB made the journey from Tehran’s Mehrabad Airport to the Damascus International Airport during the day on Sunday.

No Zionist activity reported as the plane unloaded its cargo safely.

Why not Iranian weapons? Kremlin´s supply record are not impressing.

Kremlin HAS delivered the S-300 now so Assad owe payment to Kremlin. Assad cannot break the contract signed 9 years ago because Kremlin has supplied NOW……………………LOL.

The long training period is not Russia´s fault but ONLY because SAA have low IQ, and NOT because Kremlin was pleasing Israel all the way long.

Its not Kremlin´s fault Israel are bombing all Iran´s supply of anti-air system to Syria, because Kremlin cannot interfere with the Israel-Iran´s mutual conflict………….…….LOL.

Kremlin warn Assad, Syria and Iran against ANY retaliation against Israel when Israel are dropping bombs down in their heads inside Syria, because Israel´s security is Kremlin´s top top priority.