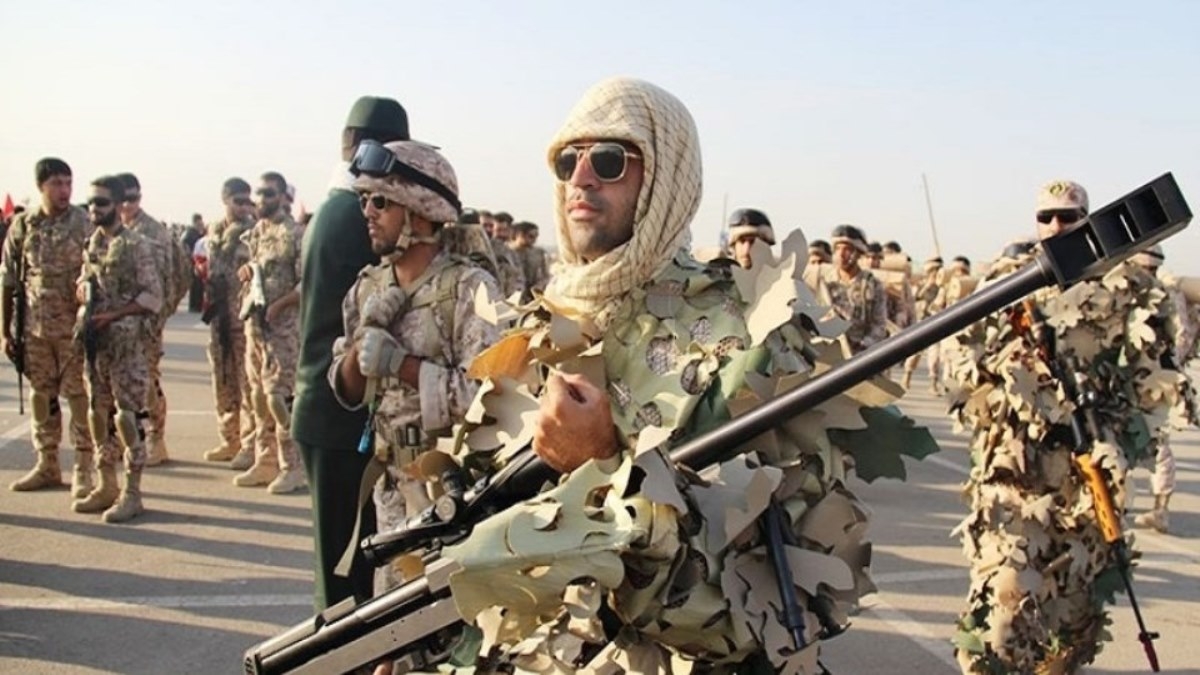 On September 30th, Iran put its neighboring countries on notice that it would hold a wide-ranging military exercise near its northwestern border, near Nagorno-Karabakh and its border with Azerbaijan.

The commander of the Iranian army’s ground forces, Gen. Kioumars Heidari, said the drill would test weapons, assess the combat readiness of troops and demonstrate the country’s military capabilities. It would involve drones, attack helicopters, tanks and artillery.

#BREAKING: #IranianArmy just announced that it is going to hold its largest exercise in Northwest of #Iran. The exercise is a response to the provocative statements of #Aliyev, president of #Azerbaijan Republic & also arrest of #Iranian truck drivers by #Azerbaijan border guard. pic.twitter.com/bxKifjeaGw

The exercises follow shortly after another set of drills in the same region about which very few details have been released. While Iranian officials insisted that those exercises were routine, they came amid a spike in tension between the two countries and prompted sharp criticism from Baku.

The drill starts on October 1st and will put Iranian soldiers and weapons near the Azerbaijan border, a prospect that has already raised alarm in the ex-Soviet Caspian Sea nation.

Azerbaijani President Ilham Aliyev said he was stunned by the planned drill in an interview with Turkey’s state-run Anadolu Agency.

“Every country can carry out any military drill on its own territory. It’s their sovereign right. But why now, and why on our border?” he said, noting it was the first time since the fall of the Soviet Union that Iran was intending to stage such a show of force so close to its border.

Azerbaijan had not officially reacted on September 30th to the announcement of the new exercises, but local media made some reports on the matter.

Iran long has been skeptical of Azerbaijan over its ties to the West and its military cooperation with Israel.

Azerbaijan and Israel have strengthened their military alliance in recent months, with Israeli-supplied high-tech drones helping to tilt the conflict between Azerbaijan and Armenia over the Nagorno-Karabakh region in Baku’s favor last year.

Iran’s foreign ministry drew a direct connection between the country’s military drill and Azerbaijan’s ties to Israel in remarks earlier this week.

“It’s clear that the Islamic Republic of Iran will not tolerate the presence of the Zionist regime, even demonstratively, near its borders and in this regard it will take any action it deems necessary for its national security,” Foreign Ministry spokesman Saeed Khatibzadeh said.

The tensions with Azerbaijan have also complicated a vital border passage that trucks use to ferry fuel and other goods from Iran to Armenia. Azerbaijani authorities have detained two Iranian truck drivers in recent weeks for trying to take the route.

Reports this morning from Avia.pro are saying that a secret IRGC nuclear weapons facility outside of Teheran was hit by a missle strike on the the 29th of this month. They pointed out that the only direction from which the strike could have come was over the Caspian Sea and hinting directly at Azerbaijan and most of all the Israelis, who are known to operate air assets from bases within the country.

Now, the question is, how will Iran respond, openly or covertly hitting Israeli interests anywhere they may be. The NeoCohen swine are certainly desperate in trying to provoke Iran even through their proxies like Azerbaijan. Aliyev and his gang need removal ASAP. Would like some feedback from our Iranian friends here at SF.

We will retaliate very soon .😌😌

Babak Taghvaee is against Khomeini and the Muslim Brotherhood. Israel tries to disrupt that alliance but to no avail. Azeris are Shia and Iran has good relations with Turkey. The best thing Israel can do is to use the great powers of the faraway lands like China, India, Russia and Japan.

Why do you always sound like you have permanent brain damage? Iran has nothing to do with Muslim Brotherhood and Iran is not friendly with Turkey at all. Iran directly fought against Turkish and Muslim brotherhood aligned forces in Syria. Iran is allied with the Syrian government which directly opposes Turkey and Muslim brotherhood. Iran is hostile to the government of Azerbaijan as you can clearly see with the military drills on their borders. I don’t know if you’re some sort of troll or just have low lQ and are under the influence of massive Zionist disinformation psy op campaigns but you need to stop spamming this site with your BS nonsense opinions everyday.

Guess who translated the works of Sayyid Qutb in Persian? Hint: he is a mullah.

Look at what Antonopoulos said about Iran. Iran supported Azerbaijan and Armenia was left all alone.

oh so now you admitting to be hamshehri?…….koskesh……lol

“Azerbaijani President Ilham Aliyev said he was stunned by the planned drill in an interview with Turkey’s state-run Anadolu Agency.”

Stop acting you clown. You pissed off the wrong nations that could overrun your nation in less than 24hrs and have you swinging from one of the capitals light posts. Idiotic fool.