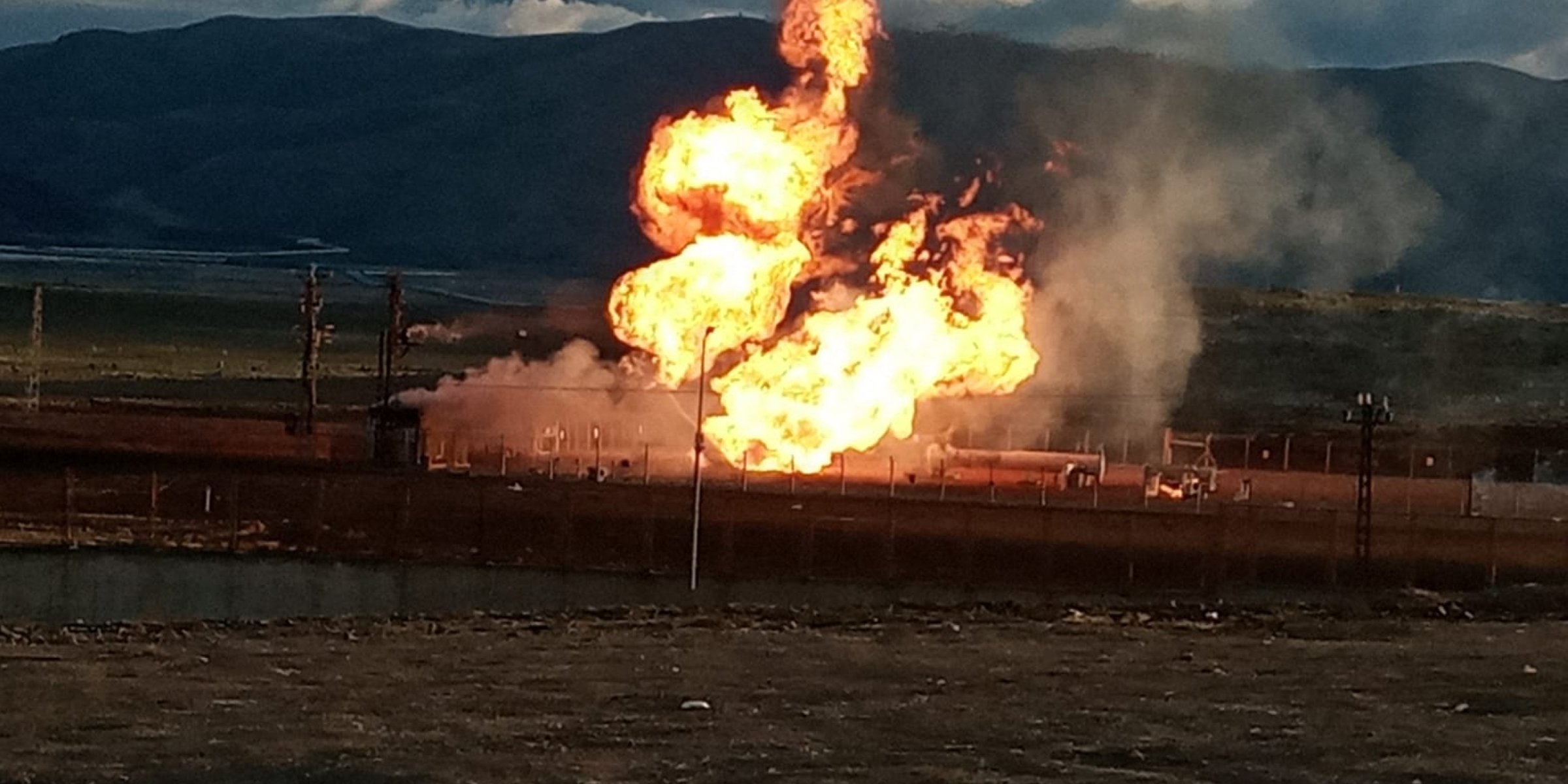 On March 31st, Iranian gas export to Turkey stopped due to pipeline explosion, according to Director of National Iranian Gas Company in charge of dispatching Mehdi Jamshidi Dana.

He further said that the pipeline had exploded several times in the past, and it was mostly due to efforts by the PKK (Kurdistan Workers’ Party), and that this time it is also likely that the group has carried out the blast.

He added that the explosion occurred near the Iranian border and stopped gas exports to Turkey from 06:50 morning and the Turkish side has not been responsive to it so far.

Jamshidi Dana noted that due to the Coronavirus outbreak, the Turkish border guards at Bazargan post have left, “but we have informed them of the explosion and are waiting for their response.”

According to Jamshidi-Dana, Turkey’s representative at Bazargan gas transmission station has left his post due to the outbreak of the novel coronavirus.

“Experience has shown that repairing the lines takes three to seven days, depending on the amount of damage done,” he said.

The explosion was confirmed by Rasool Nourinasab, the head of the Mako gas department in West Azerbaijan, northwest of Iran.

“Following the explosion of the export gas pipeline, relief workers were dispatched to the land border inside Iran, but it turned out to be on Turkish soil,” he said.

Iran is Turkey’s second-biggest supplier of natural gas after Russia. Tehran sells about 10 billion cubic meters a year of gas under a 25-year supply deal to Turkey which it uses for electricity generation.

The gas exports are carried out via a 2,577 km (1,601 miles) pipeline running from Tabriz to Ankara.

Turkey is almost 100-percent dependent on fuel imports, with natural gas accounting for nearly 40 percent of the country’s electricity production.

The gas pipe from #Iran to #Turkey was blown up in the Iranian city of #Bazargan. Most likely the work of #Kurdish underground. pic.twitter.com/E4JUSCvgJy

There are numerous videos showing the burning following the explosion.

Explosion of Iranian Gas pipe to #Turkey at #Bazargan border on Turkish side. pic.twitter.com/8h4aRnsLu0

What good does this do for PKK? are they trying to get their asses beat so hard?

adzsiam
Reply to  Assad must stay

You ever considered that they maybe following orders from special interest groups in the Middle East and beyond?! Think the SDF and their backers and you’ll get the picture. The PKK like the SDF is existing because there are those making sure they are… at least for now.

Assad must stay
Reply to  adzsiam

Yes I have considered it so what does PKK get out of attacking a pipeline? More time to exist? Lol

They are like You. Talking with You is impossible. You only understand guns and hardly that.

They get a sack full of freshly printed US dollars.I suspect.

PKK in Turkey as well as Iran are on their own. They are not like You five times a day and towards Your bad leaders for the rest.

This is normal guerilla warfare. Here You hit the enemies in economics. It very difficultt to protect a transportline of any kind.

This is not SDF at all. They are not there. 2000 kilomter away I know mpre then You, and that seemes to be very easy.

This is bound to hurt Iran more than it would Turkey, and at a time when they are already hurting because of sanctions. As the PKK seems to have little respect for Syrian people and sovereignty, it may be fair to see them as just another terrorist group. The chances are that the PKK will gain very little from sabotaging Iranian pipelines. On the other hand it could be a favour done for more weapons. The PKK would be advised to deal with the Damascus gov’t whilst they still have a chance of favourable conditions. No good comes from creating another rod for one’s back.

The Kurds made their bed a long time ago, and now they are stuck with it. Assad is the only one trying to meet them half way.

Great work ar$eholes, you just made sure a large part of eastern Turkey’s population -mostly Kords- have their electricity cut off. People in hospitals are sure to appreciate your handy work. Also did a great service to people whose water stopped running because their pumps don’t work.

So is that the reason Turkey pounded a village in northern Iraq (Drawi or something) with artillery? Wonderful to see “Iranian” activists immediately get excited and waste no time to attach it to Iran. It won’t affect Iran much as it’s a regular act and nuisance, there’s a contract, payments on schedules, yada yada.

But these Kordish terror groups, man! Always hurting the very people they claim to fight for.

PKK has HQ in Paris, so its a USNato order to further clipped Iran. Iran just need Inflict pain on USM, Saudi & Israel to stop PKK.

jews again – not only have the tel aviv criminals set lose on the world the corona virus they are sabotaging anything Iranian. time to kick the jews to kingdom fúcking come – the right for the jews to exist is long gone and thus just termination left!