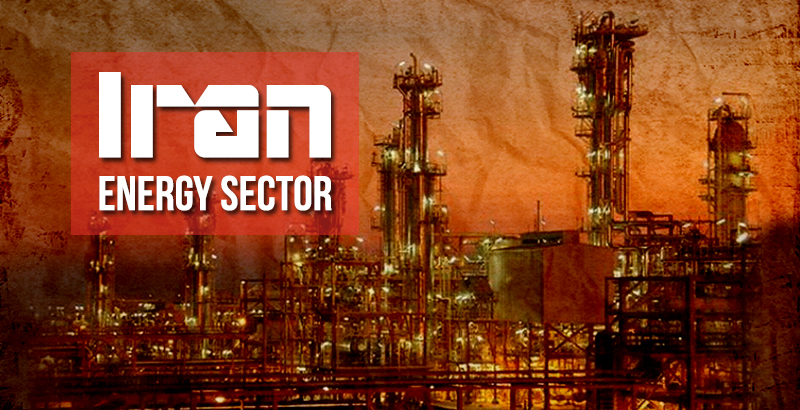 The big thing that will soon take place is the all talked about nuclear deal. The sanction relief will most certainly change the stance of Iran’s energy sector. Iran is the world’s third-largest dry natural gas producer, after the United States and Russia, the second-largest proved natural gas reserve holder in the world, right behind Russia with its largest gas field, the South Pars. Iran holds almost 10% of the world’s crude oil reserves and 13% of OPEC reserves. Although rich in reserves the effect of long lasting sanctions has left the county’s energy industry in poor shape. That applies more for oil exports, resulting in a near 1.0-million b/d drop in crude oil and condensate exports in 2012 compared with the previous year. Unlike oil, domestic gas consumption has been rising, so the effects of sanctions only applied an additional layer to a low export income. Also the sanctions have hampered the technology advancement, made Iran a questionable target for investments and led to a number of cancellations and delays of upstream projects.

If the nuclear accord takes place, what could happen? First, there’s a fear of snapback, that is, of imposing back the sanctions if Iran doesn’t comply with its obligations. That alone can make international oil companies (IOC) to think twice before taking any actions. Regarding investment, up until recently the major form of conducting business was the buyback contract. Iran recently announced a new oil contract model called the Iranian (or Integrated) Petroleum Contract (IPC) which will allow joint ventures and hence the much needed technology transfers.

Some analysts estimate that Iran will be able to put upwards of 1 million barrels per day of extra oil on the market in a matter of months. After all Iran has about 30-40 million barrels stored. Of course if Iran does discharge at fast pace it will take a price hit. After that, Iran will have to ensure that its new production increases, and it will be fighting for market share it lost three years ago. Beyond this, Iran will have to overcome fatigued fields and antiquated equipment. For that an investment between $50-100 billion would needed.

Unlike the US, the EU would suspend all energy and financial sanctions, paving the way for oil and natural gas co-operation with Iran. European countries could start importing Iranian oil again immediately after the implementation of sanctions relief, possibly at discounted prices and European companies could also re-establish and expand activities in Iran’s upstream and downstream sectors. What Europe wants the most, however, will most likely remain only a theoretical option. The Southern Gas Corridor and Europe’s efforts to diversify natural gas imports under Russia’s gas supply will not take effect. There is no infrastructure for the delivery of Iranian gas to the European market and for the time being, the gas that Europe seeks to import does not exist. Iran will attempt to win back its 42-43 percent share of the European market after Western sanctions are lifted, the head of international affairs at NIOC, Seyed Mohsen Ghamsari said.

Chinese energy giants are well-placed to invest in Iranian oil and gas development in a post-sanctions environment. Chinese companies were some of the few that remained as foreign companies in Iran during the sanction period. However the bilateral energy relationship isn’t without disagreements, and China will see real competition in Iran with technically superior European companies. However, Iran and China both have a stake in bolstering their ties in the energy arena. Doing so will support the goals of both nations to diversify their energy partners, balance Saudi Arabia’s oil market dominance and lock in strategic energy trade for the future. Iran’s traditional customers – China, India, South Korea, Turkey and Japan – have increased oil purchases, according to Ghamsari.

Gazprom has offered gas supplies to Iran under a swap arrangement, and similar oil deals were also under consideration. The main goal Iran will follow in the upcoming months and years is the recapturing of its former oil export.