In January, the International Energy Agency (IEA) released a report claiming that oil production in Iran, constrained by US sanctions, dropped by 520,000 barrels per day (bpd) in December, down from 2.8 million bpd in October. The discovery of the new field will likely improve Iran’s positions in the energy market.

very nice :))) maybe they can sell some to assad to make up for the lost oil the US is stealing from them and that nobody is doing anything to stop

Of course iranian people starve and be fucked in life so you stay in comfort!

If it wasnt for US’s unilateral sanctions and non-respect of the JPCOA 5+1 deal, the people of Iran wont starve, they would thrive.
Only the zioNazi scums fear Iran’s power. Fear more, the more you attack iran to more iran becomes stronger. Thanks to Allah (which means GOD in arabic) of course.
ZioNazi scums have placed a crypto-muslim (jews pretending to be muslims) in S.A. So the sunnies are doomed. But the wrath seems to come from the east…
ZioNazi scums will be evicted from occupied PALESTINE.
It is just a matter of time…

No, Iranian people will be doing very well, no matter what you say

iran will never starve at all . bcuz they have brain and energy to do anything to survive and support thier nation. unless like US who depend on other people/country money and steal from them. 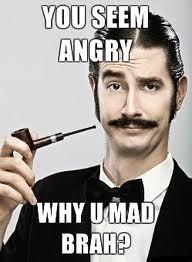 I was there a couple of months ago. I didn’t see anyone starve. Things had gotten more expensive yes, but ordinary life was still normal.

Really? Do Iranian starve? The last time I checked they feed Qatar, part of Iraq and some part of Turkey, even feed the UAE….
You can check the food surplus that goes waste in Iran…
Another dog of the zionUs, Sassan Jamshidi

I just bet the US, suadi arabia and isreal are just thrilled at the news of this discovery.

Sad.., more money for filthy mullahs and their politics and their dirty pockets and more misfortune for poor people of iran.

Be careful or the US will claim its their oil field!!

Under the UN ‘Right to Protect’ statutes, the US is entitled to ‘Protect’ Iranian oil, and this is because Chevron has ‘Self Identified ‘ as the only entity that can democratically skim 80% of the oil value for the US Super Rich cretins.

US troops will of course support Chevron in the crusade to care for the barrels of Iranian oil.

… and all the costs are borne by the tax payer and all the profits are enjoyed by the elites!
BTW, I now “identify” as iranian. Apparently we can choose our gender now, why not nationality? Lol. Some bogus people here choose a bogus nationality anyway!

Imagine $25 trillion worth of oil which Will Not Be supporting the petro-dollar. No wonder Yanki MIC and their Zionist dictators in IsraHell are angling for an all out war with Iran

I admit you do seem pretty contented these days.

So now the globalists really want to invade Iran!