On September 4th, an Iranian civil aviation company supposedly came under suspicion for allegedly smuggling arms into Lebanon, for the Hezbollah group and for Iranian weapons factories, according to unnamed Western intelligence sources, cited by Fox News. According to the anonymous sources Iran is using unexpected routes to avoid detection.

The unnamed sources identified two rare and unusual Qeshm Fars Air flights from Tehran to the international airport in Beirut during the past two months.  One Boeing 747 flight on July 9 made a stop in Damascus, Syria. The second flight on August 4, directly from Tehran to Beirut, but followed “a slightly irregular route north of Syria,” Fox news reported.

According to the sources, the commercial flights were believed to have carried components for the production of precise weapons in Iranian factories in Lebanon.

“The Iranians are trying to come up with new ways and routes to smuggle weapons from Iran to its allies in the Middle East, testing and defying the West’s abilities to track them down,” an unnamed regional intelligence officer was cited by Fox News.

i24News reported that the extraordinary effort was made in part to avoid detection by Israeli intelligence agencies; despite professing a policy of non-interference in Syria’s over six-year long civil war, Israel has reportedly carried out numerous air strikes on targets inside Syria over the last several years, chiefly targeting weapons and other supplies it considered destined for Hezbollah.

Many say that Hezbollah is the Israeli Military’s biggest enemy in the region. The movement supposedly has an arsenal of between 100,000 to 150,000 mortar shells, rockets, and missiles. According to Israeli and Western intelligence officials, Iran has assisted Hezbollah in developing precision-guided missiles.

On August 31st, it was reported by Reuters, citing unnamed Iranian, Iraqi and Western sources, that Iran has given ballistic missiles to Shiite proxies in Iraq and is developing the capacity to build more there “to deter attacks on its interests in the Middle East.”

US Secretary of State Mike Pompeo voiced his concerns caused by the rumor over twitter: “Deeply concerned about reports of #Iran transferring ballistic missiles into Iraq. If true, this would be a gross violation of Iraqi sovereignty and of UNSCR 2231. Baghdad should determine what happens in Iraq, not Tehran.”

Iraq’s Foreign Ministry released a statement saying that it was “astonished” at the Reuters report, saying that the claim Iran was moving missiles into Iraq was without any “tangible evidence.”

“Iraq is not obliged to respond to media reports that lack tangible evidence backing up their claims and allegations,” the ministry said in a statement on September 2nd, adding, “All state institutions in Iraq uphold Article 7 of the constitution, which prohibits the use of Iraqi land as a base or passage to be used in operations targeting the security of other states.”

“What has been raised and published by some infamous cells and certain media about the transfer of Iranian missiles to Iraq is a nonsensical statement and sheer lie,” Qassemi said.

Iran has been lending military advisory support to Iraq and Syria as per requests by the two Arab countries’ governments.

As reported by PressTV, the Islamic Republic’s missile program and its regional presence has been the target of intensified Western propaganda over the past few months, as becomes apparent.

“Deeply concerned about reports of the US transferring missiles into Syria. If true, this would be a gross violation of Syrian sovereignty. Damascus should determine what happens in Syria, not Washington.”

Joke of today. Well its not over yet.

Maybe is time Iran to start sending them directly, to tel aviv and stop using intermediates. I am sure this will make the khazars extremely happy.

There are no Khazars.

according to you. For the rest of the world they are.

Seemes like You never has left Your garden or balkcony. Fx

None has chopped my carrot.

But someone’s definitely fried your brain with ziocain.

Todays Jews are 95% Khazar. The Kingdom of Khazaria from the 6th century to about the 12th century, before they were smashed by the glorious Muslim Mongol Golden Horde. To say otherwise just proves your ignorant, which you seem to do on a consistent basis

In my opinion who ever can supply the houthis and does not, is committing a crime against humanity.

You say:The faster all kill each other there the better.

There has been war there almost all the time, I can remember. They must be busy making children too, else they were like Hittis and Khazars.

no mentally challenged child is not what I said. I am only responsible for what I say, not how your single cell translate it.

Gamel Abdel Nasser and Russians was there too. Hip-hip.

let me give you a friendly advice. Go to your manufacturer and request to increase your 8k capacity to 32k who knows they can even increase it to 64k and manage to upgrade the 2sec maximum thinking span you have now, to a possible 16sec.

Jews where there long time before Islam was invented as well. Some say they invented the Choran to keep arabs figting all the time as well as your useless Muhammed economics still is a great succes.

Here is your single cell Jens. 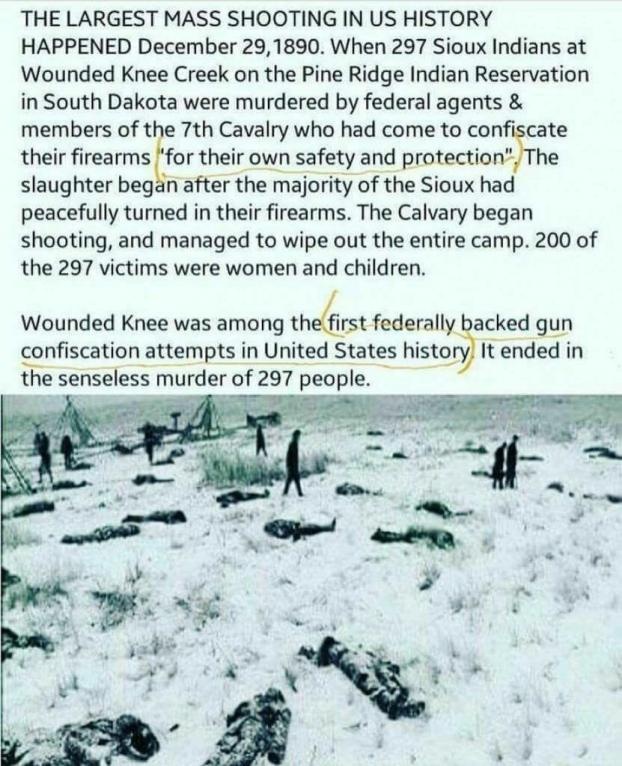 That’s bullshit. Those Injuns were rounded up to be sent to a reservation. The lazy soldiers failed to search their parcels for weapons so didn’t know that the Souix had broken down rifles concealed in them. The Souix held a meeting that night and decided to take their chances breaking out of the fort to return living on the plains instead of relocating to a reservation. They caught the soldiers by surprise and killed quite a few fighting their way out.
It was an unfortunate incident since the American public had a growing respect for the Plains and SW Desert Indians’ ability to defeat the US Army on a regular basis which forced the Federal Government to make concessions and treaties with them to avoid further embarrassment. The tribal chiefs that gave them Hell led the presidential parade after Teddy Roosevelt was elected.

It seemes other can.

Russia doesn’t like seeing Hezbollah becoming more powerful in Lebanon nor do they want Iran having a presence in Syria since they were part of the problem that started the war. In order for Iran to provide financial assistance, Assad Sr. allowed them to pester the Sunnis and others to change their religion to get economic considerations instead of closer to Allah.

ok, its safe to say you and Jens Holm are two bitter Jewish morons. Pathetic

Just like the Novichok story – same 2 words come to mind for me!

The west sees a lot wrong with that. They are the only ones allowed to supply arms…and only to terrorist states and groups.

>>“Deeply concerned about reports of #Iran transferring ballistic missiles into Iraq. If true, this would be a gross violation of Iraqi sovereignty and of UNSCR 2231. Baghdad should determine what happens in
Iraq, not Tehran.”<<

Of course, if you Neo-Cons had not invaded Iraq and toppled Saddam in the first place, Iran would have had no influence in Iraq and none of this would be happening. So, if it were true, you reap what you have sown.

If You gojust a little step behind in time, You would see Saddam invade Kuwait as well as iran and killing many 10.000 kurds as well as deporting others.

The rest of it is like this, hard to see any peace and progress.

Well, he wasn’t doing much invading after Desert Storm mauled his army into basically non-existence. So between 1991 and 2003 he was basically no threat to anyone and at least kept the Iranians out.

Saddam also made a lot of investors wealthy by selling Iraqi Govt bonds that paid an insanely high interest rate. Mericans couldn’t buy those directly yet could thru off-shore banks in the Bahamas.

The US helped Saddam attack Iran, and even supplied Saddam with chemical weapons.
Here’s a pic where it is alleged Donald Rumsfeld delivered the recipes and equipment to manufacture chemical weapons.
http://k-punk.abstractdynamics.org/archives/rumsfeld_saddam.jpg

Arrrrh, nothing strange and abnormal in that. They lost the Shah ans Iran.

I dont think USA supported Saddam like that.They sold him all the weapon they could for money. Then he borrowed money to buy even more,. And when he had no more, they gave him different kinds of leftover and among that those dirty ABCs.

Pictures like that says absolutly nothing. Most Leaders in the world are polite in that level. If I sold for a billion dollar weapons, I would shake hands with the buyer too.

Kuwait, with the help of American oil companies, was drilling horizontal oil wells into Iraq, and stealing Iraqi oil.

And Turkey can take all water from Eufrat and Tigris.

the solution was not the war, but arbitrary courts

When has the US ever obeyed the law?
Iraq did complain but the US is and always has been an outlaw.

your cry is not in opposite with by you cited reality. do not smoke so much, dutchie!

I have no idea what you’re trying to say, dude. Sorry, but could you try again using better English writing? The purpose of writing is to convey meaning, not to rape the language.

my words were in perfect english smoke les, you will understand.

Now they are, previously they were not. But still not perfect English, as you forgot the comma between English and smoke.

Baghdad should determine what happens in Iraq

At least Pompeo is admitting how far USA got in 25 years occupation of Iraq. Washington cant even controle an Iranian missile factory being raised inside the country………………………………….LOL.

as
Reply to  Tommy Jensen

Actually right after the toppling of Saddam Iranian goods circulating in the market which were reported by their civilian workers in the Green zone towards their capable superior that think that’s nonsensical.

I only wish it were true that Iran is finding NEW ways to get weapons to HEZBOLLAH.

The US is trying to force Iran to hand over its oil. When the US helped the UK overthrow the Iranian Government in 1953, it was because the UK offered the US half of all Iranian oil. Both countries still believe that they own Iran’s oil.
All the various lies and plots by the US are as always about the money.

American sanctions have forced Iran to discount its oil, and countries that buy Iranian oil have a huge commercial advantage over countries that have to pay the market price.
So the US is reducing production costs in India and China, and hastening their own economic demise.

Barking mad comment. Thats 65 years ago. What an excuse.

Next You probatly will blame Noah having 3 sons and Sem had to walk all the way to Yemen to start arabs from there.