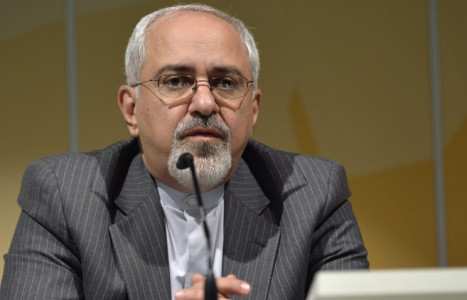 Iranian Foreign Minister Mohammad Javad Zarif called on Thursday (February, 4) for U.N.-mediated Syrian peace talks to resume after they were suspended the day before and for an immediate ceasefire, Al-Jazeera reports.
“We hope that the pause in the Geneva talks is only temporary”, – Zarif said in an address to a donor conference in London.

Mr. Zarif was among world leaders reacted on Thursday to the suspension of the Syria peace talks in Geneva, the first attempt to put an end to Syrian civil war in two years. Staffan de Mistura announced a three-week pause in the Geneva talks on Wednesday, after senior Saudi-backed opposition delegation coordinator Riad Hijab said they would not continue negotiation unless the government army stopped bombing civilian areas, lift blockades on besieged towns and release detainees.

“The Syrian government had refused to cooperate with the U.N. envoy at the talks and that this was to blame for their suspension”, – Saudi foreign minister Adel al-Jubeir said on Thursday.
Moreover, according to al-Jubeir`s massage from Riyadh, intensified Russian military operations in Syria were aimed at provoking the Syrian opposition.